Greetings from The 88 Project. We bring you news, analysis, and actions regarding human rights and civil society in Vietnam during the week of May 16-22. It was a busy week post US-ASEAN summit. A political prisoner was finally allowed to see his children after more than a year. There are also updates on the conditions of several high-profile prisoners from their lawyer. A few appeal trials were scheduled without the defendants’ consent and then postponed without their knowledge. A member of an ethnic minority group was sentenced to prison after reporting on human rights abuses and meeting a U.S. delegation. Another long-time activist was arrested. Even attorneys for political prisoners experienced harassment, abuse and assaults. Forced labor and forced admittance to mental health facilities are reported more often as tools to punish political activists. A vice minister in the Public Health Ministry was given a relatively light sentence for running a racket involving Covid vaccines. The UN issued a study on migrants’ rights; CIVICUS published a thorough summary of the downward trend regarding basic freedoms in Vietnam. Lastly, read an intriguing conversation with Carl Thayer about the complex US-ASEAN dynamics.

Do Le Na, the visually impaired wife of Le Trong Hung, took her two sons to visit their father on May 15 as scheduled. But when she got there she was told the schedule was changed, without being given a reason; she was told to come back the next day, which she did. Finally, after 411 days the children were able to see their father for the first time in a brief 30-minute visit. Hung reported he had contracted Covid earlier but was coping well; he said he was also suffering from back pain. Hung mentioned he was not eating food that she bought from the canteen out of concern that prison officials might spike it with drugs in an effort to send him to a psychiatric hospital.

Attorney Nguyen Van Mieng posted on his Facebook page a brief report on three political prisoners whom he talked to by phone on May 17:

Journalist Le Anh Hung looks thinner but is mentally sharp. He did not ask the court for a reduction in his sentence; however, he did ask it to apply the time he spent in the mental ward toward his pretrial detention since he never had a day of freedom since he was arrested. He also demanded that the court release him at trial.

Pham Doan Trang is suffering from breathing problems after contracting Covid earlier this year. Nevertheless, she remains resolute in not wearing prison garb. She also refuses to sign anything or to compromise with prison officials in order to receive privileges such as family visits. Trang sent this message to the public: “Overcoming fear is easy. Overcoming discouragement is harder. My friends, don’t get discouraged.”

Trinh Ba Phuong said he was never notified of the decision to bring his case (together with that of Nguyen Thi Tam) to an appeal trial on May 19, and of the subsequent decision to put that on hold. He said prison officials tried to “persuade my thinking” but he told them he would “continue the struggle” once he finished serving his time in prison.

Mieng said he could only speak to each person for about 15 minutes even though the law says he can have “unlimited time” with his clients. He also said that his calls with Phuong and Trang were cut off by prison officials. 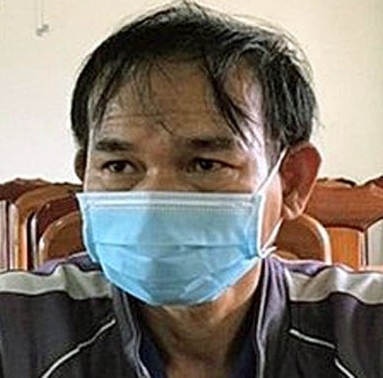 Y Wo Nie, an ethnic Ede Montagnard, was sentenced to four years in prison for “abusing democratic freedoms” under Article 331. Nie was accused of submitting three reports on human rights abuses to some unnamed “reactionary forces” overseas, according to RFA. In June 2020, Nie also met with a U.S. delegation from the U.S. Embassy when it visited Gia Lai Province. Before his arrest in September 2020, Nie had served a nine-year sentence for “sabotaging national unity policy.” 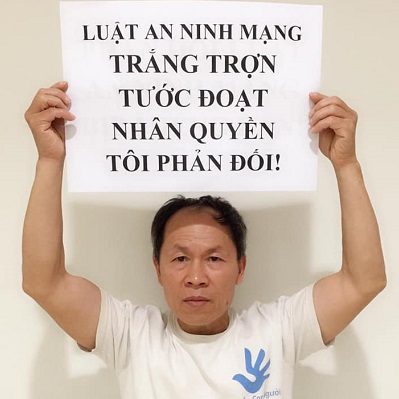 Truong Van Dung, 64, was arrested while doing his morning exercise in Hanoi on May 21. His wife Nguyen Thi Hop said police later came to their house to do a search and took away some books and his laptop. An activist since 2011 who participated in many protests over the years, Dung has reportedly been detained and beaten several times before by security police. Dung is accused of spreading “anti-state propaganda.”

In other news, according to the wife of political prisoner Dang Dinh Bach, the appeal trials of Mai Phan Loi (originally scheduled for last week) and Bach Hung Duong have been postponed. No new dates have been announced.

The UN has released a study titled Pathway to Migration: A Mapping of National Practice for Admission and Stay on Human Rights and Humanitarian Grounds in Asia and the Pacific, which seeks to help states govern migration and protect migrants’ human rights.

CIVICUS has published a report detailing the increasing use of tax evasion charges to target activists and close down civic space in an effort to prevent the implementation of independent monitoring groups as part of the FTA with the EU.

Vietnamese attorneys face abuse from police when defending their clients. Diem Thi, RFA; May 19, 2022: In its annual worldwide human rights report last year, the U.S. State Department identified the lack of judicial independence as a key shortcoming in Vietnam. “The law provides for an independent judiciary, but the judiciary was effectively under the control of the [Communist Party of Vietnam], it said in the report, covering the year 2020. “There were credible reports political influence, endemic corruption, bribery, and inefficiency strongly distorted the judicial system,” it added, noting that “most, if not all, judges were members of the CPV.” Observers say attorneys who work as defense lawyers in political or sensitive cases are more likely to be assaulted. The number of cases in which police officers “raised their arms” or “lifted their legs” and “bumped” into people, including lawyers, with the intent to injure them have become common, attorney Dang Dinh Minh told RFA Wednesday.

Vietnamese blogger sent back to jail after three years in mental hospital. RFA; May 17, 2022: Prisoners convicted of political crimes have been singled out for harsh treatment at the center, said Le Khanh Duy—the former husband of prisoner of conscience Huynh Thuc Vy—citing a phone call made by Huynh to family members on May 16. “Vy told me that political prisoners at the detention center are being persecuted,” Le Khanh Duy told RFA this week. “They are locked up in their cells all day for refusing to go to work, and are allowed outside for only one hour each day to get their meals.” Vy, who is serving a 33-month jail term for “offending the national flag” under Article 276 of Vietnam’s criminal code, also reported being harassed by common prisoners suspected of acting under orders to make political prisoners’ lives “more difficult,” Duy said.

Vietnam court jails ex-health official amid anti-graft drive. Today; May 19, 2022: Dozens of senior health officials have been accused of wrongdoing in medical procurement, including claims they overstated the cost of coronavirus test kits. The Communist Party of Vietnam has also proposed disciplining the Minister of Health Nguyen Thanh Long for his “involvement in wrongdoing”. It was unclear if Cuong pleaded guilty. He was convicted of demonstrating a “lack of responsibility, causing serious consequences” at his seven-day trial in Hanoi, his lawyer, Nguyen Hong Bach, said. The court also sentenced 13 others to between two and 20 years in prison for their involvement in the case, according to a police statement.

Sizing-up the US-ASEAN Summit and Vietnam’s Place in the World. Luke Hunt, The Diplomat; May 18, 2022: Carl Thayer, Emeritus Professor at the University of New South Wales at the Australian Defence Force Academy in Canberra, spoke with The Diplomat’s Luke Hunt about the summit and Vietnam, which is in an awkward position due to its reliance on Russian military hardware. He says efforts to maintain a “free and open Indo-Pacific” have been complicated by the Southeast Asian nations and their desire to be seen at the center of the framework, despite their growing and at times intractable differences. “When you examine them closely… the ways and means though don’t seem to quite fit,” he said, adding that ASEAN as a bloc had skirted Washington’s efforts for a harder line on Russia over its invasion of Ukraine.

Vietnamese delegation’s loose lips caught on video during US-ASEAN summit. RFA; May 16, 2022: A video that captured crass remarks made by Vietnamese Prime Minister Pham Minh Chinh and other high-ranking officials prior to their meeting with U.S. Secretary of State Anthony Blinken went viral over the weekend and was removed from the U.S. State Department’s YouTube account. The Vietnamese officials met with Blinken on Friday as part of the two-day U.S.- summit with the 10-member Association for Southeast Asian Nations. According to a series of tweets about the incident by Southeast Asia analyst Nguyen Phuong Linh, the video shows the Vietnamese delegation laughing that U.S. President Joe Biden told Prime Minister Chinh that he could “not trust Russia.” Chinh also describes the meeting with Biden as “straightforward and fair and that Vietnam isn’t afraid of anyone,” after which the Vietnamese ambassador to the U.S., Nguyen Quoc Dzung, said they “put [Biden] into checkmate.”

In light of the new law on environmental protection that took effect in January 2022, businesses and investors would do well to review this report to make sure they are in compliance with the new requirements, especially changes in permits and taxes.

Vietnam Human Rights Network has issued an online petition asking UN member nations not to elect Vietnam to the UN Human Rights Council due to its ever worsening record on repression and its recent vote against suspending Russia from the Council. You can sign the petition here.