Watch an interview with imprisoned land rights activist Trinh Ba Phuong, conducted shortly before his June 2020 arrest. “I think I’m pretty easy going, not the picky type,” he says when asked to describe himself. Even the public security officer who had been assigned to follow him for years said he was a nice guy, Phuong joked to the interviewer. This intimate video covers a variety of topics, ranging from his background to his relationship with his family. Phuong has been in pre-trial detention since his arrest in June 2020.

Phuong is a son of former political prisoners Trinh Ba Khiem and Can Thi Theu, two prominent activists who participated during the land protests of Duong Noi farmers in Duong Noi District, Ha Dong Ward, Ha Noi. In 2008, the authorities released an announcement on land acquisition in Duong Noi village and the compensation price, which was extremely low. There were 356 households who refused compensation and together participated in a prolonged protest.

In 2014, his parents, Khiem and Theu, were both arrested and sentenced to 18 and 15 months, respectively while filming land-grabbing on April 25, 2014. The authorities accused them, along with some other Duong Noi petitioners (Dan Oan) of “resisting against the person on duty.” After her release on July 25, 2015, his mother continued her activism for land rights and was arrested for the second time on June 10, 2016. Theu and more than 50 Duong Noi petitioners gathered in the Ministry of Natural Resources and Environment and requested the administrative agencies to solve their land issues. Public security arrested her and sentenced her to 20 months in jail for “disturbing public order.”

Phuong, along with his younger brother Trinh Ba Tu, has called for his parents’ release and has accompanied Duong Noi petitioners in seeking justice. His Facebook account has attracted more than 33,500 followers.

Phuong and other family members have been suffering from restricting surveillance and harassment by the authorities.

On August 26, 2016, while gathering with Duong Noi farmers in front of the Office of Prime Minister to appeal their case and request Can Thi Theu’s release, Phuong was arrested and taken to a police station of La Khe District, Ha Dong Ward. Public security forces also surrounded them and pulled other petitioners into a bus. Before his release, Phuong was accused of “disturbing public order” and was put under house arrest for one year.

At around 7:30 AM on April 17, 2017, a group of public security officers in plain clothes stormed into Phuong’s house and took him to an unknown place without a warrant. These people had followed Phuong on the way from Hanoi to his house and surrounded his residence during the night before arresting him the next day. Phuong was released after being detained for nine hours.

On February 27, 2018, Phuong was among dozens of activists to be watched and surveilled, which was probably to prevent a meeting of Hanoi-based activists on the occasion of the Lunar New Year.

Trinh Ba Phuong met with US Embassy officials to discuss the events that took place during the Dong Tam raid on January 9, 2020. While meeting with the embassy officials, he also shared a handwritten letter from Le Dinh Kinh’s wife, Du Thi Thanh, with personal testimony. Phuong and Thanh both called for an independent investigation into the raid and the application of Magnitsky Act sanctions by the US on Vietnamese government officials involved in the planning of the attack. Read the translation of Phuong’s statement and Thanh’s letter, here.

Phuong is married and has two children.

Do Thi Thu received another summons for interrogation about her husband, Trinh Ba Phuong. On September 24, Thu went to the Duong Noi Ward Police Department for questioning. Thu said the police didn't ask her much. They wanted to know if Phuong has a problem with depression because the past few months he has remained silent and will not talk to the investigating officers. The  police said that he spends most of his time sitting and closing his eyes as if in meditation. Thu said her husband has no previous mental illness. They also asked her about dissident writer Pham Doan Trang, as well as about Phuong's human rights work. She told them that she's busy with her children and so didn't pay attention to that. They also told her it would be best if she didn't livestream about this meeting.

On February 26 and 27, 2018, Phuong was among dozens of activists who were watched and surveilled, which was probably to prevent a meeting of Hanoi-based activists on the occasion of the Lunar New Year. Notably, the public security of Ha Dong Ward blocked his way dangerously while he, along with his mother Can Thi Theu, was driving a motorcycle. Phuong and his mother were forced to return home and unable to join a New Year’s party at a dissident’s house. 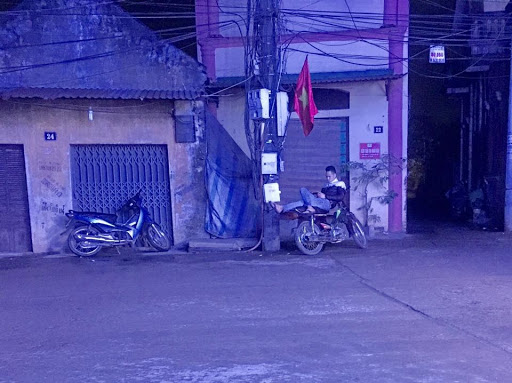 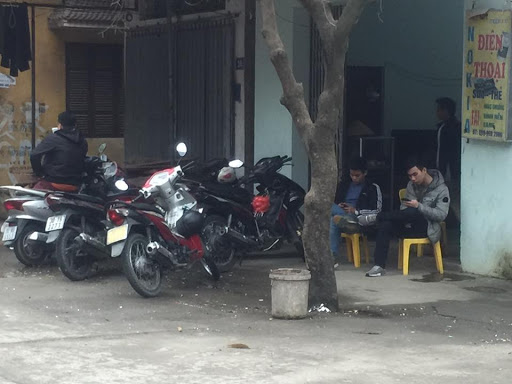 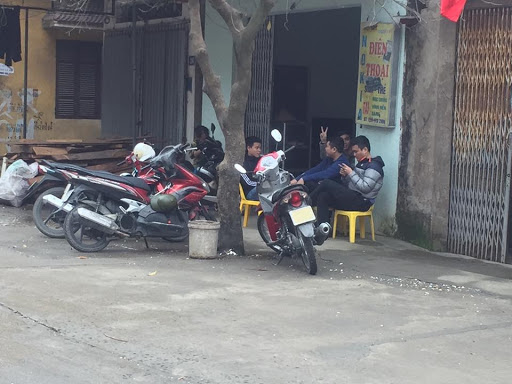 On his Facebook, activist Trinh Ba Phuong reported that two plainclothes security officers stood outside his house in Hanoi. When Phuong left, one of the two officers followed him until he went back home. The public security of Hoa Binh Province called a driver, who Phuong was going with for business, to check if his mother, land rights activist Can Thi Theu, was in the car. 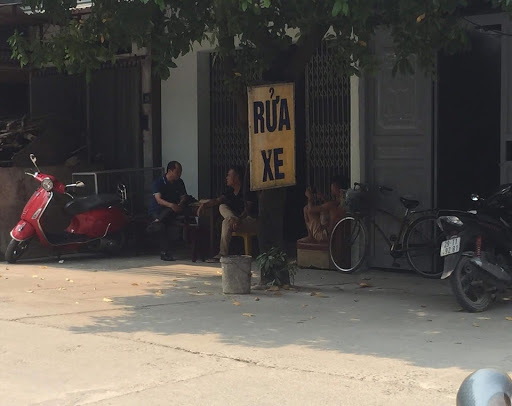 January 10, 2020: surveilled in the aftermath of the Dong Tam raid

On January 9, 2020, a massive police force stormed into Dong Tam commune and violently assaulted and detained citizens, as well as killed community leader Le Dinh Kinh. The area is home to a longstanding land conflict. In the aftermath of the raid, Trinh Ba Tu and his brother Trinh Ba Phuong reported on the incident and advocated for affected locals.

Phuong was under surveillance and was also prohibited from leaving his home to attend Le Dinh Kinh’s funeral.

On June 24, authorities surrounded and stormed into Trinh Ba Phuong’s home and arrested him and later his mother, Can Thi Theu (at a different residence). Theu is a former political prisoner (watch our interview with her about her activism, here) who has twice been jailed for her land rights activism, and Phuong is also a well-known activist who is very active in issues of land rights in his own community as well as advocating for the Dong Tam residents in the aftermath of the deadly police raid there in January 2020. Phuong’s wife had given birth just a few days ago prior to his arrest.

In a letter addressed to the UN Subcommittee on Human Rights, the group Voice (Australia) called on the Australian government to require the government of Vietnam to allow political prisoners to have access to lawyers; to let international observers witness their trials; to observe UN conventions on torture; to release unconditionally Trinh Ba Phuong and his brother and mother; and to pass legislation similar to the Magnistky Act so that lawmakers can sanction perpetrators of human rights violations as needed.

The UN Special Rapporteurs on the promotion and protection of the right to freedom of opinion and expression and on the situation of human rights defenders, as well as the UN Working Group on Arbitrary Detention and the Working Group on discrimination against women and girls, sent a petition to the Vietnamese government concerning the cases of five people arrested for their reporting on and activistm in the aftermath of the violent police raid in Dong Tam Commune in January 2020: Can Thi Theu, Trinh Ba Phuong, Trinh Ba Tu, Pham Doan Trang, and Nguyen Thi Tam. All five were known activists before the Dong Tam raid, particularly in the area of land rights;they are still awaiting trial at the time of this writing. This is Theu’s third arrest.