The family of Nguyen Thi Tam reported that she was sent to Gia Trung Prison, 1,200 km from her home in Hanoi, on September 21. This will make it more difficult and costly for them to visit her. On the same day, Trinh Ba Phuong, another person charged with violating Article 117 in connection with the Dong Tam case, and Tam's co-defendant, was sent to An Diem Prison in Quang Nam Province, 800 km from his home in Hoa Binh Province.

Nguyen Thi Tam is a farmer who lived and worked in Duong Noi. Tam and many farmers there were forcefully evicted from their lands in Duong Noi back in the 2010s.

Tam, along with Can Thi Theu, Trinh Ba Tu and Trinh Ba Phuong, has tried to use legal remedies to protect her legitimate rights and interests in Duong Noi. Currently, she is the plaintiff in a lawsuit filed against the Duong Noi People’s Committee.

She also shared her opinions on land rights and transparency issues on her Facebook account and did interviews with independent and foreign news outlets.

She was detained and held from June 11 until November 20, 2008 under suspicion of “disturbing public order,” Article 318 of the Vietnamese Penal Code.

Tam was tried and sentenced in 2014 when she participated in a demonstration against the Duong Noi local authorities’ eviction decision. They accused her of “resisting persons in the performance of their official duties.”

Since 2016, Nguyen Thi Tam has been increasingly active online through social media engagement on Facebook and Youtube, where she raised land rights and broader human rights issues. She has been actively commenting on the Dong Tam incident, posting information and commentary on Youtube. She has also supported strategic litigation, and the timing of her arrest should not go unnoticed, as a few days before, she was meant to appear in court as part of a suit against the Ha Dong government over a land rights issue. This hearing, scheduled to take place on July 7, was postponed because of her arrest.

Tam was arrested at 5:00 am June 24, 2020, when she was on her way to the local market. According to the spokesperson of the Ministry of Public Security, Tam, as well as Can Thi Theu, Trinh Ba Phuong, and Trinh Ba Tu, were all arrested for making and posting video clips and commentaries criticizing the raid on Dong Tam Commune and advocating for Dong Tam petitioners.

The police did not present an arrest warrant. Reportedly, within 15 minutes after her arrest, the government cut electricity and internet to her block, and around 6:00am, a group of police in plainclothes and uniform went to Tam’s house. There, they read a search warrant to her family and confiscated Tam’s birth certificate and the family registration for her daughter. However, according to her family, the police only listed a camera, laptop, and carton box in the record of items confiscated. They refused to sign the search document because they said the police had not listed everything.

Nguyen Thi Tam’s pre-trial detention has been extended for another four months. This means that Tam will continue to be kept incommunicado and will not be allowed to see her lawyer or her family for four more months.

The Hanoi investigative security agency has concluded its investigation of Trinh Ba Phuong and Nguyen Thi Tam. It has recommended that they be prosecuted under Clause 2 of Article 117 of the Penal Code, which carries  a penalty of 10 to 20 years.

The trial of Trinh Ba Phuong and co-defendant Nguyen Thi Tam, scheduled for November 3, was postponed at the last minute. The trial of journalist Pham Doan Trang, scheduled for November 4, was also postponed. The reason given for both delays was that some of the prosecutors had to “self-quarantine due to coming into contact with Covid-positive individuals.” The families were not notified of the delay and only learned about it through others.

Trinh Ba Phuong’s wife had originally reported that the first-instance trial would be on November 4, 2021.

On December 15, land rights activists Trinh Ba Phuong was sentenced to 10 years in prison plus five years probation, and his co-defendant Nguyen Thi Tam was sentenced to six years in prison with three years probation, both for conducting “anti-State propaganda.” At trial, Phuong told the court that he was beaten more than 20 times during interrogation, even kicked in the groin. His testimony was repeatedly cut off by the judge. Phuong’s wife, Thu Do, was outside the courthouse with her two young children when she was taken away “for Covid testing,” leaving her children behind (one is only 15 months old). Tam’s family had to evade secret police who were guarding their home the night before in order to make it to the courthouse. But once there they were rounded up by police, taken to the precinct station and kept there until after the trial had ended. No witnesses appeared at the trials. The examiners who investigated the case were absent.

Due to a motorcycle injury several years earlier, Tam has ligament pain and regularly receives acupuncture, but is not taking any medication while in detention.

The UN Special Rapporteurs on the promotion and protection of the right to freedom of opinion and expression and on the situation of human rights defenders, as well as the UN Working Group on Arbitrary Detention and the Working Group on discrimination against women and girls, sent a petition to the Vietnamese government concerning the cases of five people arrested for their reporting on and activistm in the aftermath of the violent police raid in Dong Tam Commune in January 2020: Can Thi Theu, Trinh Ba Phuong, Trinh Ba Tu, Pham Doan Trang, and Nguyen Thi Tam. All five were known activists before the Dong Tam raid, particularly in the area of land rights;they are still awaiting trial at the time of this writing. This is Theu’s third arrest.

On February 4, 2021, the government of Vietnam finally responded to the UN regarding their concerns over the Dong Tam trial and for political prisoners Trinh Ba Phuong, Trinh Ba Tu, Can Thi Theu, Nguyen Thi Tam, and Pham Thi Doan Trang. Not unexpectedly, Vietnam said that “the allegations made in the Joint Communication were not accurate, mostly drawn from unverified sources and did not reflect the nature of these cases.”

Actions taken in the wake of her trial:

Statement by the EU 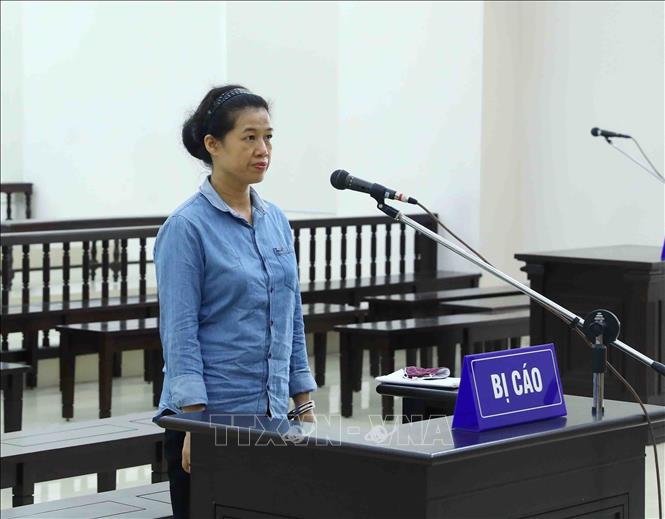