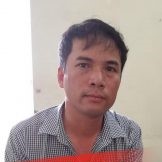 The UN WGAD issued an opinion on the arrest and detention of Nguyen Nang Tinh, which it considered a violation of international norms. “The present case is one of many cases brought before the Working Group in recent years concerning arbitrary detention in Viet Nam. These cases follow a familiar pattern [that] indicates a systemic problem with arbitrary detention in Viet Nam which, if it continues, may amount to a serious violation of international law.”

Tinh is a music teacher at the Nghe An College of Art and Culture, living in Nghe An province.

Nguyen Nang Tinh is an activist and member of “NoU FC Vinh,” “Bao ve su song (Save Life),” “Quy Phat Trien Con Nguoi (Human Development Fund),” and “Truyen Thong Cong Giao (Catholic Media),” which the authorities consider to be “opposition groups.” As a music teacher, he sang many songs with content allegedly “distorting the policy and guidance of state and party.”

Nguyen Thi Tinh, Tinh's wife, received her third summons by the Internal Political Security Bureau of Dong Thap Province to discuss her recent Facebook posts, which are alleged to have violated Decree 15. She is raising her two sons alone while her husband serves an 11-year sentence for exercising his freedom of speech. Working as a teacher 2000 km away from home, Tinh had been using Facebook simply to share her situation and her struggles with others, she said.

Authorities arrested Nguyen Nang Tinh, 43, on May 29, 2019,  when having breakfast with his sons. Security forces searched his residence, confiscated documents, and then brought Tinh and his sons to the commune people’s committee. A few hours later, they called Tinh’s father to come bring Tinh’s sons back home. He was alleged to post “anti-state” content online.

After three months of detention, the investigation police of Nghe An province completed the investigation period of Nguyen Nang Tinh on September 17, 2019. He was charged under Article 117 of the 2015 Criminal Code (“making, storing, spreading information, materials, items for the purpose of opposing the State of Socialist Republic of Vietnam”). His case was sent to the People's Procuracy for prosecution.

On October 11, 2019, the People’s Court of Nghe An province prohibited Nguyen Nang Tinh's attorneys from copying his case files, even though six days later Tinh was to be tried for “making, storing and distributing documents that are anti-state and the government of Vietnam." In his Facebook post, lawyer Nguyen Van Mieng, one of the two defense lawyers, wrote that the court didn’t allow him to copy Tinh’s files because they were related to national security and, therefore, confidential. On the same day, the two lawyers submitted a request to postpone the trial until the files can be copied. However, according to the lawyers and Tinh’s family, the People’s Court of Nghe An warned that the next trial will be conducted with or without the lawyers.

On November 15, music teacher Nguyen Nang Tinh was sentenced to 11 years in prison for his Facebook posts with alleged “anti-state” content, continuing a troubling crackdown on social media users. A video of him teaching students the famous song “Give back to the people” attracted a lot of attention and the support of Vietnamese people both inside and outside of Vietnam. While Tinh never calls for violence, the authorities said that his case is “exceptional” and “dangerous." Many of his friends were forced to leave when they tried to attend the trial. Father Nguyen Cong Huong, the local priest in the church that Tinh used to attend, also wanted to witness the trial, but his request was denied. In a Facebook post, Trinh Vinh Phuc, Tinh’s defense lawyer, reported that Tinh was very calm and determined at trial, stating: “10 years, 20 years… No matter how harsh the sentence will be, I will never change my opinions."

Nguyen Nang Tinh was set to appeal his 11-year prison sentence on March 18, 2020 in the People’s Court of Nghe An, but the Court postponed that trial. No official reason was given.

On April 20, The People’s Court of Nghe An Province denied Nguyen Nang Tinh‘s appeal of his 11-year sentence. While Tinh did admit to making Facebook posts, his lawyer argued that they were within his internationally-recognized right to freedom of expression. It is reported that Tinh was on a hunger strike from March 13-April 17 and was set to resume his strike (Defend the Defenders reports he was on a hunger strike from March 3-April 17). At his first instance trial, he said: “10 years, 20 years… No matter how harsh the sentence will be, I will never change my opinions.”

Nguyen Nang Tinh’s wife, Maria Nguyen Thi Tinh, was able to visit him in prison on March 13 and updated The 88 Project on his condition. She had been unable to visit him for the last few months due to the pandemic. She said his health was poor; his teeth hurt because of tooth decay and he had backaches due to kidney stones. Tinh was only taking medication that was sent from home. His wife asked if he was able to exercise. He said he can’t exercise for long due to the pain in his hips and joints. Tinh is also fighting for his right to practice his faith. He requested a meeting with a Catholic priest, but the prison authorities hadn’t then responded to his requests. Tinh said he would wait until after Easter, and if the authorities still don’t respond, he would go on a hunger strike.

He reportedly has kidney stones.

Twenty Israeli educators wrote a letter calling for the release of music teacher Nguyen Nang Tinh. “We, the undersigned educators in music and musicology studies throughout the State of Israel, ask you to use the close ties between the Israeli Ministry of Defense and the communist regime in Vietnam and request the immediate release of our colleague, political detainee Nguyen Nang Tinh. Music and freedom are inextricably linked, as illustrated by Leonard Bernstein on December 25, 1989, when he conducted Beethoven’s Ninth Symphony as part of the celebrations of the fall of the Berlin Wall.”

In a special virtual ceremony, the US-based Vietnam Human Rights Network (VHRN) awarded its 2020 prizes to the Independent Journalists Association of Vietnam, Nguyen Nang Tinh, and imprisoned journalist Nguyen Van Hoa. According to VHRN, the annual awards are given to “individuals and organizations who have made outstanding contributions to and have demonstrated influence on the promotion of justice and human rights movements in Vietnam.” Family representatives and colleagues of the three recipients were present to accept the awards on behalf of the recipients.

You can sign a petition to support Tinh’s release here.

The wives of four political prisoners in Vietnam wrote an open letter to Vice President Kamala Harris asking her to pressure Vietnamese leaders to release their husbands when she met with the officials during her trip to Vietnam. The men are: Truong Minh Duc, Nguyen Nang Tinh, Luu Van Vinh, and Tran Duc Thach. The letter was initially circulated only on Facebook, but by August 17 it was co-signed by 60 Viet-American pro-democracy, religious, media and community organizations.

The UN WGAD issued an opinion on the arrest and detention of Nguyen Nang Tinh, which it considered a violation of international norms. “The present case is one of many cases brought before the Working Group in recent years concerning arbitrary detention in Viet Nam. These cases follow a familiar pattern [that] indicates a systemic problem with arbitrary detention in Viet Nam which, if it continues, may amount to a serious violation of international law.”

Opinion of the UN Working Group on Arbitrary Detention, November 4, 2021