On March 19, his wife went to the detention center to bring him some food, but she was not able to see him. She said he had not been allowed to call home, so she had no way of knowing how he was doing.

On March 24, Thach was denied the appeal of his 12-year prison term after a short “trial” in which his lawyer was not allowed to argue his case. The defendant himself was not notified about the trial until a few days before.

Read our translation of an original poem by Thach, entitled “Repentance,” here.

Help spread the word about poet and former North Vietnamese soldier Tran Duc Thach who is serving time for “anti-state propaganda.” And on the fifth anniversary of the Formosa environmental disaster, let us not forget female political prisoner Tran Thi Xuan, who was one of the protesters who was subsequently arrested and jailed. Take action for them both by clicking on the preceding links.

Tran Duc Thach, born in 1952, is a former political prisoner and a member of the Brotherhood for Democracy, as well as a veteran of the Vietnam War and a former member of the People’s Army of Vietnam.

Thach was a witness to war crimes committed by the People’s Army of Vietnam during the Vietnam War (especially the Tan Lap massacre, in Dong Nai). He has written about the event and was sentenced to three years in prison for the disclosure of the information and his other activism. Thach was arrested in 2008 on charges of “conducting propaganda against the state.” He was released from prison on August 30, 2011 and served another three years of house arrest.

Trial against Democracy Campaigner Tran Duc Thach Suspended Due to His Poor Health, New Date for Hearing Has not Been Re-scheduled, Defend the Defenders, December 2, 2020

According to Tran Duc Thach’s wife, at around 9 am on April 23, 2020, Nghe An provincial police went to Thach’s house with an arrest warrant. His wife reported that police had been harassing Thach for quite some time, and the police who arrested him were plainclothes officers. After they searched his house, they took him away around noon. They also confiscated many personal computers and belongings. He was charged with subversion under Article 109 of the 2015 Criminal Code. He will be held in pre-trial detention in the prison of Nghe An Police’s Department for four months.

Tran Duc Thach's wife, Chuong Nguyen, was allowed to see her husband on July 9, three months after his detention. She said that Thach was looking skinnier than before. They gave each other a big hug. After they talked for a while, the two were taken to separate rooms. They started to interrogate Chuong about her husband's activities. They asked her about his Facebook and if Thach belonged to any groups, but Chuong told them she was busy selling vegetables and didn't know anything about Thach's work. After the investigation, they asked about her and her family. She was surprised that they treated her well during the interrogation.

More than six months after his arrest, writer Tran Duc Thach was finally allowed to meet with his lawyer, even though his investigation period had previously ended. His lawyer, Ha Huy Son, was barred from copying the indictment against Thach. Thach is suffering from high blood pressure, ulcerative colitis, and gout while in prison.

The first-instance trial for Tran Duc Thach, scheduled for November 30, was canceled without warning. His family arrived at the courthouse on the day of the trial and were told he was unfit to stand trial. His wife was allowed to see her husband the next day, and he told her he had been hospitalized for a week for high blood pressure.

The first-instance trial was rescheduled for December 15.

Poet Tran Duc Thach, 69, was sentenced to 12 years in prison with three years of probation for “activities aimed at overthrowing the government.” The trial lasted less than three hours, and his wife and son were allowed in the courtroom. Thach was a member of the Brotherhood for Democracy, many of whose members have also been imprisoned. Ha Huy Son, his lawyer, argued that he was not allowed to review materials related to his client, that the prosecution violated trial procedures and failed to produce any incriminating evidence or witnesses, and that some of the charges actually predate Article 109 of the 2015 Criminal Code and therefore should be thrown out.

“Vietnam is using the COVID-19 pandemic as a cover to round up human rights activists,” Joy Park, HRF’s legal counsel for Asia, said of Thach’s arrest. “It’s outrageous. Last week, several other activists [in Laos and VIetnam] were arrested for posting coronavirus-related information on Facebook.”

After five years without any recipient, the Paris-based ‘Nguyen Chi Thien POC Award’ has been given to poet Tran Duc Thach. Thach’s wife says she has not been able to see her husband since July and is very concerned about his health even though his spirit remains strong.

Human Rights Watch put out a statement on Tran Duc Thach before trial. The article gives a thorough look at his background as a PLA soldier and member of the Brotherhood for Democracy. Days after this HRW article was published, Thach was given a 12-year sentence. 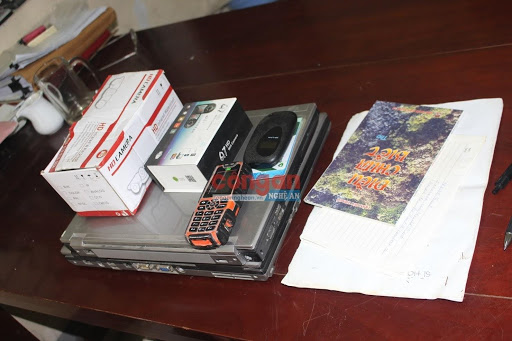 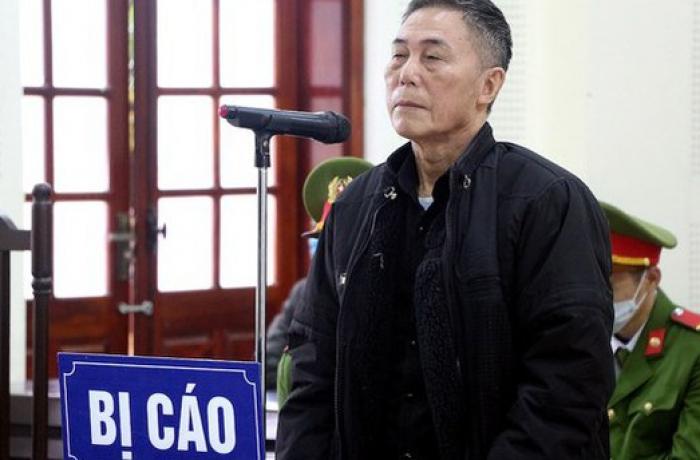