Living in Hanoi at the time of this writing, Truong Van Dung works as a motorbike driver, while his wife is a hairdresser working from home.

Truong Van Dung is a democratic activist and co-founder of Hoi Bau Bi Tuong Than (“Mutual support among countrymen”). This association was established by Dung and nine others in 2013 to financially and spiritually support political prisoners, victims of state-sanctioned injustice (Vietnamese Dan Oan), and their families.

In addition, he also is involved in human rights issues and Chinese maritime sovereignty issues, participating in anti-China demonstrations, memorials regarding the border war between Vietnam and China; and also a ceremony honoring the lives lost in a Chinese-Vietnamese naval conflict in 1988. He has been repeatedly harassed by police, such as:

17/07/2016: being beaten by a plainclothes police after participating in an anti-Chinese demonstration.

According to Facebooker Nguyễn Tường Thụy, it was the sixth time on March 14, 2018 that Dung Truong was beaten right in the police station, in addition to countless times being attacked on the street.

An Ninh ("Security") TV (antv.gov.vn), a state-owned channel dedicated to security-related news, was airing a series of programs to defame well-known political activists. On October 27, 2019, An Ninh TV aired a program in which it identified several activists as “subversives,” among them: Le Trung Khoa, Le Dung Vova, Nguyen Thuy Hanh, Pham Doan Trang, and Dung Truong. The program also provided ways to recognize those activists on social media. On October 31, 2019, Le Dung Vova and his CHTV channel were publicly-accused of igniting some people to question the government.

Several Vietnamese Activists Detained, Many Others under House Arrest on 30th Anniversary of Gac Ma Loss to China, Defend the Defenders, March 14, 2018

On March 14, 2018, Truong Van Dung, Nguyen Thuy Hanh, and some other activists went to Ly Thai To King monument to commemorate the 30th anniversary of the loss of Gac Ma (South Johnson Reef), which caused 64 deaths of Vietnamese naval soldiers by the People’s Liberation Army of China.

Around 9 am, security forces in Hanoi suddenly detained Nguyen Thuy Hanh and Truong Van Dung at the police station, located at no. 3 Nguyen Gia Thieu. Dung was released at 3 pm ,while Hanh was not.

At 6 pm, police had still kept Hanh to question her activities. Huynh Ngoc Chenh, Hanh’s husband, and Dung Truong, decided to go to police station where Hanh was held. After a 10-hour detention, Hanh was taken to the hospital for urgent medical treatment by her husband because of her low blood pressure.

Meanwhile, Dung Truong was detained for a second time on the same day. Police confiscated all his money and tried to grab his phone, but Dung broke it.

At least three police in plainclothes beat him so brutally that Dung lost two teeth and fainted. They called a taxi to take him home but left him on the pavement near his house.

Dung’s relatives brought him to the hospital for a checkup right after his neighbors recognized him at 10 pm.

On March 15, Mrs. Hop, Dung’s wife, went to the police station to ask for a bicycle and 4 million VND (approximately 170 USD), which were confiscated by police. However, an officer the station denied the beating and seizing Dung’s property. 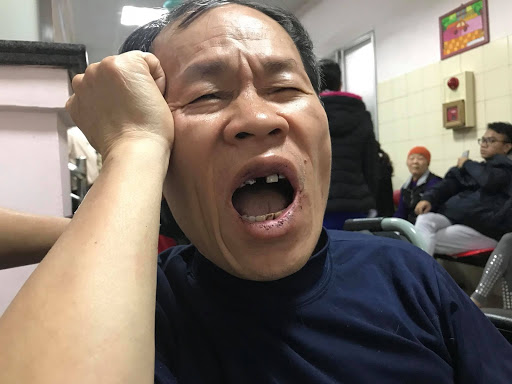 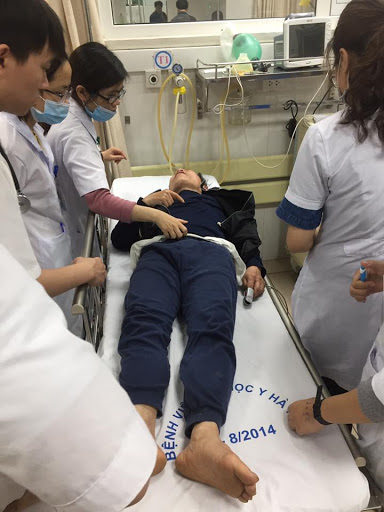 Truong Van Dung at hospital after assault on March 15, 2018 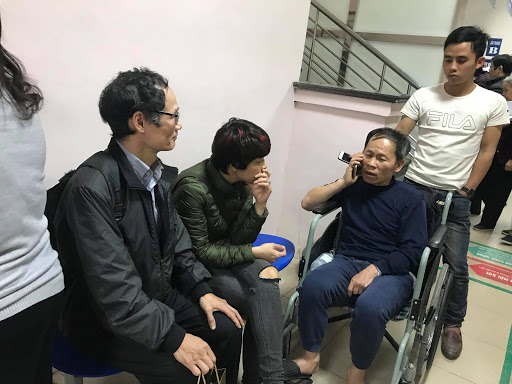 Several Vietnamese Activists Detained, Many Others under House Arrest on 30th Anniversary of Gac Ma Loss to China, Defend the Defenders, March 14, 2018

On January 19, Nguyen Thuy Hanh, Huynh Ngoc Chenh, Truong Van Dung, and Trinh Ba Phuong went to Ly Thai To Monument to honor soldiers who died in Hoang Sa battle on January 19, 1974. When they were on the way back, the police of Hoan Kiem District blocked them and suddenly beat Truong Dung arbitrarily.

A source of state media, namely Viet vision, released a video on this attack on the same day. Dung was accused of disturbing the public order and beaten by civilians. However, they did not show the attackers’ faces, but covered them in the video. 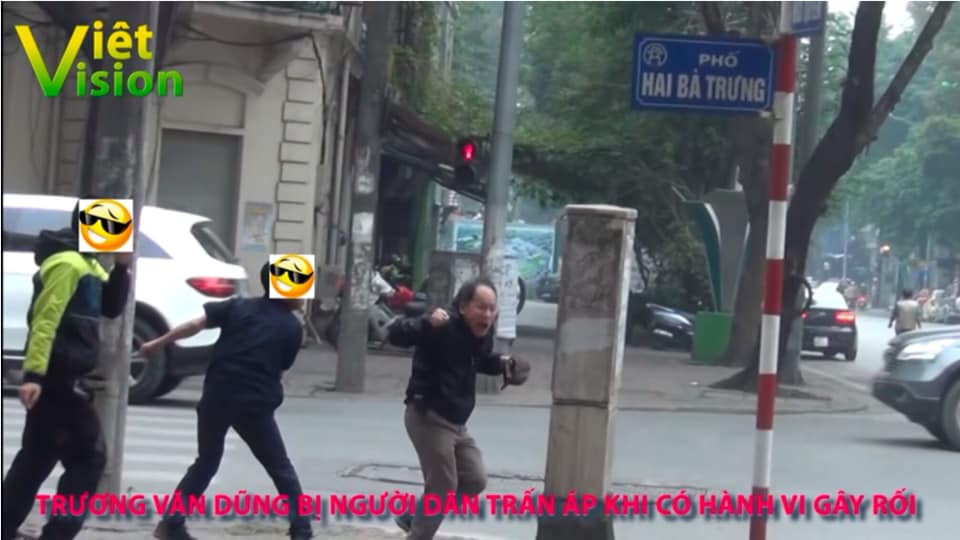