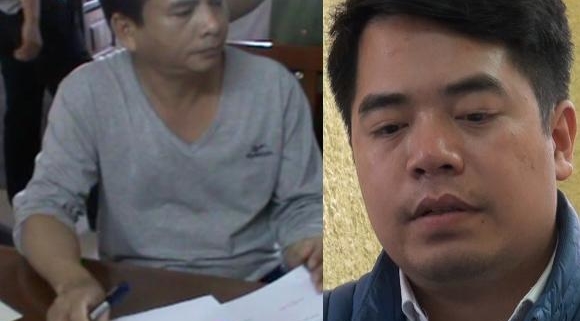 The 88 Project, March 22, 2017: Blogger Phan Kim Khánh (Phú Thọ province) was arrested on March 21 and blogger Bùi Hiếu Võ (Hồ Chí Minh City), a few days earlier, on March 17. Both were charged under Art. 88 for “propaganda against the Socialist state.”

State-owned media, citing the Ministry of Public Security, has confirmed the arrests and charges against the bloggers.

It accused Bùi Hiếu Võ (born 1962) of “creating the Facebook account ‘Hieu Bui’ to publish much fabricated, distorted, and libelous information against the Socialist Republic of Viet Nam, to incite activities aiming to disturb the public security, public order, and violence” – including “inciting the use of petrol-bomb and acid to attack the leaders of the Party, State, and the police forces.” In addition, the authorities accused Bùi Hiếu Võ of connecting with the “terrorist organization” Việt Tân in Australia to discuss and co-administer the Facebook account “Hieu Bui.”

The authorities also stated that Phan Kim Khánh “had established contact with several reactionary, opposing factors inside the country and overseas to discuss, exchange information, and co-administer the websites” including with Nguyễn Văn Hải (aka blogger Điếu Cày) and Việt Tân, among others.

At this time, the websites in question can no longer be accessed, although the Facebook pages Báo Tham Nhũng and Tuần Báo Việt Nam are still accessible.

These are the most recent in a series of arrests since the beginning of the year: Four activists were arrested days before the traditional New Year and the two dissidents were arrested for “making and distributing video clips with bad content” earlier this month.