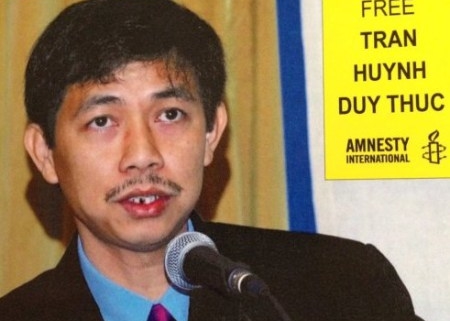 Yesterday, VTV News reported that Vietnam and the EU have conducted their last review of the content of the EU-Vietnam Free Trade Agreement (EVFTA).  The Minister of Trade and Industry of Vietnam hoped that the Agreement would be signed by the end of this year. The EU Commissioner for Trade expected Vietnam to solve the remaining issues as a condition for the agreement to be signed. In letter No. 112C, I quoted an article from Saigon Economics Times No. 14, dated April 5, 2018, to point out that the signing of the Agreement has been delayed since the end of 2015 because of environmental and human rights issues.

Vietnam needs this Agreement to minimize the effects of trade wars. Disputes among the US, the EU and their other allies, according to my opinion, will be dealt with soon. There are no unbreakable or uncompromisable conflicts among them, and their disputes are purely of commercial competition nature. Yet, about the dispute between the United States and China, trade is just an excuse and a means for the United States to show the world how real China’s world leadership is, and to reassert America’s superpower status. Whoever considers economic win and loss the most important indicators of how much the Americans can accept, and then infers that the US would not dare to enter deeply into a trade war with China, would be wrong. That would be naive.

The giant ZTE corporation has controlling shares that belong to the Chinese government, yet, they fell upon just a light nudge from the US. That nudge was just an embargo on chip technology which is not a superior one compared to many other core technologies that the US holds. If the war spreads, the United States could defeat hundreds of giant corporations like China’s ZTE. That is not to mention many other consequences: just the insolvency of these corporations would create a bad debt for the Chinese government (since the government invests, lends, or guarantees) – a debt large enough to blow up China’s huge foreign reserves in seconds. China has almost no similar tools to use in retaliation against America. China’s investment in the US market has dropped 98% (that is, to almost nothing) in the first five months of this year without causing any problem to the US. China had threatened to cause major damage to the US by withdrawing its investment. China did do that, but the action had no effect. The U.S. didn’t just wait for China to reduce its investment; it prepared itself to limit Chinese investment into US technology in the near future. If we thought the US wouldn’t dare to do it out of fear of loss of that investment, that would be naive.

The world will witness and learn a lesson from the heavy failure of China’s technology strategy, and then it will never forget that in order to possess superior technologies, the nation must be a society in which ideas and activities flow freely to create a free competitive environment. There, the best people shall be the ones who create superior technologies for the nation. China does not have, and also does not accept, such a free society. The Chinese government believes in its unique way of using the state’s unparalleled investment and protection (in the name of protectionism) for some of its businesses so that they can possess superior technologies. In the past few decades, these businesses have grown tremendously thanks to this protection. However, their technological ability stops at the mere level of replicating well, and they rely heavily on core technologies of the US and of the West. China understands the risk of this dependence. But once again, they continue to make mistakes in their method. They believe that using the power of their huge market of more than 1.4 billion people will force American and Western technology-owning businesses to transfer the technology to them if they want to access the Chinese market. When China announced the ‘Made in China 2025’ initiative with the above-mentioned goal, I laughed at their naive belief. They thought that individual US businesses would not be able to escape the pressure of the Chinese government, and that they would give in by fear of  losing out to other competitors in the Chinese market. Japanese and EU businesses are also under this pressure. However, China does not understand that once the power of free societies is united, no other powers of authoritarian societies can defeat them, even if those authoritarian societies are led by giant, dictatorial governments. The G7 members will fight off China’s ambition to seize technology in distributing the country’s market. The world will see that China’s technology strategy will reveal its Achilles heel, not only for their technology, but also for their power and hegemonic ambition.

Once China is forced to abolish the compulsory transfer of technology and the protection of the market for their key businesses to empower the government, the Western and US businesses with the advantage in technology will dominate the market share in China that the protected Chinese businesses have long held. Then the balance of trade will be stabilized and fair. This is what President Trump wants and has been saying so far. He is very determined to accomplish this goal. If China does not accept such abolition, they will be faced with collapse, first of their corporations, then the government itself. If the Chinese government recognizes the risk, they will avoid collapse. And that is the beginning of the liberalization of the market and society. The Chinese will soon realize that they cannot own good things by depriving others, and that the state’s protectionism cannot help to own technology. Quite the contrary. It only creates nepotistic businesses that promote corruption and the ability to compete in relationships and privileges, not in the ability to innovate. Once the protection of the state no longer exists, those businesses will fall and die a sudden death, no matter how big the protectionist government.

No one who breaks the rules of development can grow well. Men, no matter how clever or powerful they are, cannot overcome the Creator’s rules.

Huynh Thuc Vy: The Charge of “Offending the National Flag” is a...