Greetings from The 88 Project! We bring you news, analysis, and actions regarding human rights and civil society in Vietnam during the week of August 23-29. Dominating the news this week was the first visit to Vietnam by a sitting US vice president since Richard Nixon in 1953. The US urged Vietnam to join forces to stop China’s “bullying” in South China Sea; opened a Southeast Asia Office for the CDC in Hanoi; donated another 1M doses of Pfizer vaccine; and signed a 99-year land lease on which a new US Embassy will be built. The vice president also took time to meet with some civil society groups, but not with any dissidents or their families in spite of the urging from a wide range of politicians, human rights organizations, and individuals.

This week, we think of the birthdays and arrest and trial anniversaries of the following political prisoners:

At a news conference held in Hanoi on August 24, US Vice President Kamala Harris said she brought up with Vietnam’s leaders the issue of human rights and the release of political dissidents. The vice president neither offered any specific details nor discussed the outcome of the talks.

In an official White House press release on August 25, the US reiterated that the “Biden-Harris Administration is putting human rights at the center of our foreign policy and, while in Vietnam, Vice President Harris emphasized the essential role that civil society plays in global development.”

On her last stop in Vietnam, Vice President Harris met with civil society groups in the LGBTQ community and those combating climate change. She emphasized women’s rights and worker’s rights but did not publicly criticize the government on its human rights record.

Pham Doan Trang
Activist Trinh Huu Long argues that prominent independent journalist Pham Doan Trang can technically be released from her detention since she has not been charged with any crimes. He calls on Vice President Harris to use her visit to help make this happen.

The UN Special Rapporteur has reported on the warrantless arrest of Khmer-Krom activist Duong Khai at his home in Dong Nai Province in April 2021. Khai made translations into Vietnamese and Khmer of the UN Declaration on the Rights of Indigenous Peoples (UNDRIP) and then printed them for distribution as well as posted them on Facebook.

Harris offers Vietnam help to counter China in South China Sea, Joseph Choi, The Hill, August 24, 2021:“In an address on Wednesday, Harris accused China of ‘bullying.’ ‘We need to find ways to pressure, raise the pressure … on Beijing to abide by the United Nations Convention on the Law of the Sea, and to challenge its bullying and excessive maritime claims,’ Harris said when meeting Nguyen. … ‘Beijing’s actions continue to undermine the rules-based order and threaten the sovereignty of nations. The United States stands with our allies and partners in the face of these threats,’ she said, though she emphasized that U.S. involvement in Southeast Asia ‘is not against any one country, nor is it designed to make anyone choose between countries.’”

US, Vietnam still crucially apart on human rights, Bac Pham and Bennett Murray, Asia Times, August 26, 2021: “… while the White House’s human rights rhetoric toward Vietnam has been amplified since former president Donald Trump left office in January, analysts in both countries told Asia Times that they expect other US interests to continue to take priority in Washington’s budding relationship with Hanoi. … While the US State Department has long chided Vietnam for its authoritarian approach to dissent, official policy since the normalization of ties in 1995 has generally focused on improving relations. The two governments declared themselves comprehensive partners’ in 2013, paving the way for Obama to invite Vietnam to join the Transpacific Partnership that was later abandoned by Trump.”

US to spend $1.2 billion on new embassy in Hanoi, Ngoc Anh, VNExpress, August 25, 2021: “The U.S. Embassy in Vietnam has signed an agreement with the Hanoi Department of Natural Resources and Environment to lease a land lot to build a new embassy. The signing of the agreement took place Wednesday in the presence of visiting U.S. Vice President Kamala Harris, Vietnam’s Deputy Minister of Foreign Affairs Nguyen Quoc Dung and Hanoi Chairman Chu Ngoc Anh. The new embassy, at a cost of $1.2 billion, will be located on a 3.2-hectare land lot in Cau Giay District that will be leased for 99 years, according to the agreement signed by U.S. Embassy Chargé d’Affaires Christopher Klein and Hanoi Department of Natural Resources Director Bui Duy Cuong.”

Harris’s visit generates momentum for US-Vietnam relationship for coming years, Former Ambassador Pham Quang Vinh, VNExpress, August 28, 2021: “Vietnam wants to be friends with everyone. It is not taking sides. At the same time, it has to safeguard its national interests and sovereignty. Vietnam will therefore strongly support the respect of international law and the United Nations Convention on the Law of the Sea (UNCLOS), and object violations thereof. It is a matter of right or wrong based on international law. Vice President Harris’s trip to the region this time reaffirmed a message that Southeast Asia is central to its Indo-Pacific strategy, and Vietnam and Singapore are critical partners.”

Are you passionate about human rights in Vietnam? The 88 Project is hiring an Advocacy Officer. The position is remote, and hours are negotiable. Learn more about the position here.

Please share Trinh Huu Long’s call to release detained journalist Pham Doan Trang. Of her detention, he writes: “Once the police have determined that an accused person did commit a crime, there is absolutely no way that person can avoid conviction and sentencing. The only option left is to negotiate a settlement in another country, as had happened with some other political prisoners. Of course, the investigators have now gathered more than enough evidence to make a case against Trang and put her away for up to 20 years. Chances are, the Communist Party has not decided yet on how to move forward with her case to maximize its own interests. All options are still on the table.”

Watch and share this short interview that was filmed prior to her arrest, in which Trang discusses her activism in starkly personal detail and explains her goals and wishes, not just for herself but also for the groups she’s been involved with. 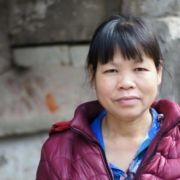 Interview with Can Thi Theu - Trailer