Nguyen Thi Chuong, the wife of Tran Duc Thach, mentioned that she travelled together with Nguyen Thi Lanh, the wife of Pastor Nguyen Trung Ton on a recent visit. Lanh also was not allowed to see her husband. There is no update on Pastor Nguyen Trung Ton’s health condition. However, Lanh posted on Feb 19, 2022 that he was well and that he sent her a poem wishing his friends and relatives a happy Lunar New Year.

Nguyen Trung Ton is a Protestant pastor and was the President of pro-democracy group The Brotherhood for Democracy.

Nguyen Trung Ton and his friend, Nguyen Viet Tu, were kidnapped by plainclothes agents while attempting to visit fellow activists, driven around for hours, beaten, robbed, and released in a rural area. Read more about the lasting efects of the brutal assault in the "Physical Health History" section of this profile. Ton and his family were subjected to harassment and intimidation over the past several years, includng disruption of their family business.

November 2017:
Nguyen Thi Lanh, Ton's wife, appealed to the UN High Commissioner for Human Rights to help end the Vietnamese authorities’ persecution of her family. Her husband was arrested on July 30, 2017, under Article 79 of the 1999 Criminal Code for his connection with the pro-democracy group Brotherhood for Democracy. While her husband was in detention, the family was facing harassment, including actions to stop them from claiming assistance funds. Lanh is the primary caretaker for their two children and Ton’s mother, who have health issues.

On April 5, in a one-day trial, six activists, whose backgrounds ranged from defending religious freedom, to environmental rights, to multi-party democracy, were sentenced to a combined 66 years in prison and 17 years of house arrest under Article 79 of the 1999 Criminal Code. Five of the activists were key members of the pro-democracy group, The Brotherhood for Democracy. All have been known to support political prisoners and their families and advocate for human rights. Nguyen Trung Ton was sentenced to 12 years in prison and three years of house arrest.

Authorities transferred Brotherhood for Democracy member Pastor Nguyen Trung Ton from the B14 detention center in Hanoi to Dak Trung prison camp in Dak Lak province, about 1,000 km from his home.

At Gia Trung Detention Center, pastor Nguyen Trung Ton was isolated and forced to review prison rules. The center forced him every day to write letters accepting the charges against him, but he maintained his innocence and refused to write the letters. Mrs. Lanh, Nguyen Trung Ton’s wife, said that the detention center officials explained that his isolation was to prevent other political prisoners from being influenced by Ton.

Nguyen Trung Ton’s wife reported that in spite of his serious health problems, for which he needs to have surgery, detention officers have not allowed Ton to do a check-up or have medical treatment. Because of the long distance to his detention center, visiting him has created challenges for his family, especially financial issues. His wife has to care for their elderly mother and a disabled daughter. On April 2, a security officer watched her carefully when she was selling at the market.

On August 29, 2019, Nguyen Thi Lanh, Ton's wife, called Radio Free Asia regarding the current state of her husband, who was still suffering from an untreated leg injury from an attack by unknown thugs with special police equipment in 2017.

Nguyen Thi Lanh, wife of political prisoner Nguyen Trung Ton, was threatened not speak to international media about her husband's condition. Lanh was summoned for police questioning about her advocacy activities. Ton is suffering from leg pain after an injury-- from an attack by unknown thugs with special police equipment-- back in 2017. He's been denied medical treatment for this condition while in prison.

Local police in Thanh Hoa Province warned the family of Nguyen Trung Ton to stay home for a period of days in late June. It was only after the time passed that the family learned the reason for the restriction; the local authorities wanted to prevent the family from meeting with the US ambassador, who was visiting the area, in regards to Ton and his condition in prison. Ton’s wife was arrested when she broke the house arrest to go sell food, and his son, Nguyen Trung Trong Nghia, was beaten by unknown assailants (thought to be plainclothes police) while going to the police station after his mother’s detention.

Pastor Nguyen Trung Ton was suffering in prison from injuries sustained in a brutal attack from unknown thugs with special police equipment in February 2017. His wife reported that his leg was in pain, awaiting surgery, and that his vision was blurry.

One of his eyes was completely blurry, as he lacked adequate medical care and clean water in prison. After the Feburary 2017 attack, both of his knees were broken and he was only able to receive surgery on one knee before his arrest. He has also been unable to walk correctly since the assault.

Nguyen Trung Ton’s family sent him some medicines because he had been so ill in prison. However, the prison sent it back. Authorities also ignored the petition from his family to ask for his medical treatment with the family's own money. Nguyen Thi Lanh, his wife, said that Ton made a phone call home on October 22, and he wasmstill suffering from an injured leg from when security agents kidnapped and tortured him in February 2017. In addition, his kidney disease had worsened because of the inflammation of his prostate, which was also disturbing his sleep. Prison authorities had denied his request for treatment, even though he could barely walk. Moreover, police and commune officers in Thanh Hoa province stated that they would supervise Ms. Lanh, Ton's wife.

Prison authorities at Gia Trung prison camp were refusing to provide Phan Van Thu with medical treatment, despite having diabetes, arthritis, hypertension, and being in heart failure. He was being housed with Nguyen Trung Ton, who was also suffering from untreated health issues after a brutal attack from unknown thugs with special police equipment in February 2017.

Amnesty International released an Urgent Action for Pham Van Troi, Truong Minh Duc, and Nguyen Trung Ton. They were being held in incommunicado detention and need access to healthcare treatment.

Detained political activist and pastor Nguyen Trung Ton's son addressed the 10th Geneva Summit for Human Rights and Democracy on February 20 to tell the story of the harassment against his father, the imprisonment of his father, the struggle of his mother to sustain the family, and, more generally, the story of persecution against independent-minded religious leaders. Nguyen Trung Trong Nghia, 22 at the time, told the audience: "While in jail, my father has been denied a lawyer. And it was only a few weeks ago, after 6 months, that my mother was able to see meet my dad. Everybody busted out in tears as my 10-year-old brother started crying because he sees dad. My mom couldn’t hold her tears, thinking of what has been happening for our family for the past 16 years. Ever since, we started to be different, ever since we started to stand for what is right, ever since we started to say 'enough is enough'." Read and watch his full remarks here.

The group Action by Christians for the Abolition of Torture (ACAT)- France demanded the immediate release of imprisoned pastor Nguyen Trung Ton. ACAT fears that he faces possible mistreatment in prison and notes that he suffered complex health issues while imprisoned from 2011-2013, such as kidney stones and eye issues. He also is suffering from a leg injury sustained after being brutally attacked by unknown thugs in the spring of 2017.

Governments, advocacy groups, and individuals alike condemned the harsh sentences against Ton and his co-defendants after their trial. “The Vietnamese government should thank them for their efforts to improve the country instead of arresting and putting them on trial," said Human Rights Watch's Asia Director, Brad Adams, in a statement ahead of the trial. The Spokesperson of the EU External Action division noted in their statement that the rights exercised by the defendants are "guaranteed by the Vietnamese Constitution, the Universal Declaration of Human Rights, and the International Covenant on Civil and Political Rights."  The United Kingdom's Foreign and Commonwealth Office Minister, Harriett Baldwin, agreed that peaceful expression of one's opinions should not be considered a crime. Heather Nauert, US State Department Spokesperson, also supported other governments and organizations in calling for the release of the prisoners and for Vietnam to uphold international obligations. "Individuals have the right to the fundamental freedoms of expression, association, and peaceful assembly, both online and offline," she said in her statement.

After Ton's appeal trial, Amnesty International released a statement condemning the decision to uphold his and his co-defendants' sentences, saying that: "These activists have been deliberately silenced by Vietnam’s authorities for bravely speaking out in a country where freedom of expression is under attack."

Nguyen Thi Lanh, Nguyen Trung Ton's wife, and other relatives of imprisoned activists met with US Embassy representatives in Hanoi to raise concerns about the health and treatment of Ton, and fellow imprisoned Brotherhood for Democracy members Truong Minh Duc, Tran Thi Xuan, and Pham Van Troi, in prison. At Gia Trung Detention Center, Ton had been isolated and forced to review prison rules. The center had forced him every day to write letters accepting the charges against him, but he maintained his innocence and refused to write the letters. He was also still suffering from an injured leg from when security agents kidnapped and tortured him in February 2017, as well as other ailments. Xuan has also had health problems while imprisoned.

Relatives of 30 political prisoners also released an open letter in which they called for the release of their imprisoned family members. They expressed concern over unsanitary prison conditions and the inability to visit their loved ones during the COVID-19 crisis. Nguyen Trung Ton’s wife told Radio Free Asia that: “I am worried because the conditions in jail are not safe for the health of the prisoners and sick prisoners aren’t being examined.” Ton was still suffering from a years-old leg injury inflicted upon him in an attack by unknown thugs with special police equipment. 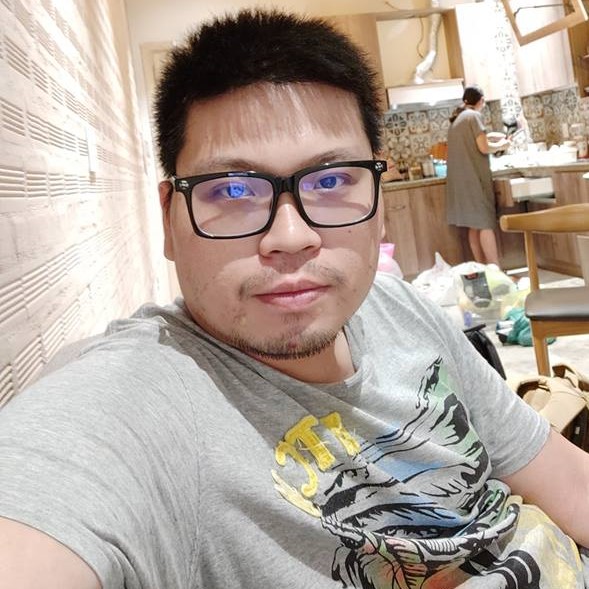 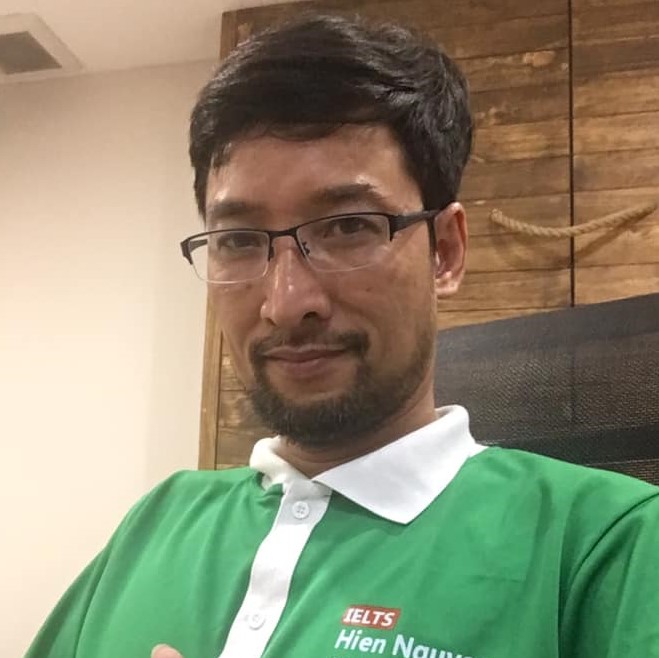