Greetings from The 88 Project! We bring you news, analysis, and actions regarding human rights and civil society in Vietnam during the week of October 4-10. Economic pressure has forced the government to ease up on harsh lockdown measures as multinational companies begin to move some production out of Vietnam. But as the months-long lockdown was lifted, hundreds of thousands of migrant workers fled the city to return home, creating a humanitarian crisis. Meanwhile, the authorities continue to arrest Facebookers, even by using trickery to enter private property. A woman who was forced to be tested for Covid will sue the government. Lastly, this week marked the one-year anniversary of the arrest of journalist Pham Doan Trang, who has not yet been allowed to see her lawyer; please keep her in your thoughts.

Dinh Thi Thu Thuy was able to call home in September. She has been moved to An Phuoc Prison. Thuy said the conditions there are better than at the pretrial detention center. She’s still suffering from calcium deficiency which causes her to lose sleep. She also has to buy bottled water because the tap water causes diarrhea. For months now, no one has been able to send anything to the prisoners due to lockdown, but Thuy still has enough money to last her for three months. She also said there was no sign of Covid at An Phuoc that she could tell. Thuy is an online commentator serving seven years in prison.

Facebooker Vo Hoang Tho, 36, was arrested by Ninh Kieu police in Can Tho Province on October 5. The authorities said that Tho used the Facebook account Minh Long to post 47 items that allegedly “abuse democratic freedoms, violate the interests of the government” based on Article 331 of the Criminal Code. Tho used to work at several newspapers and has no permanent residence, according to the police. 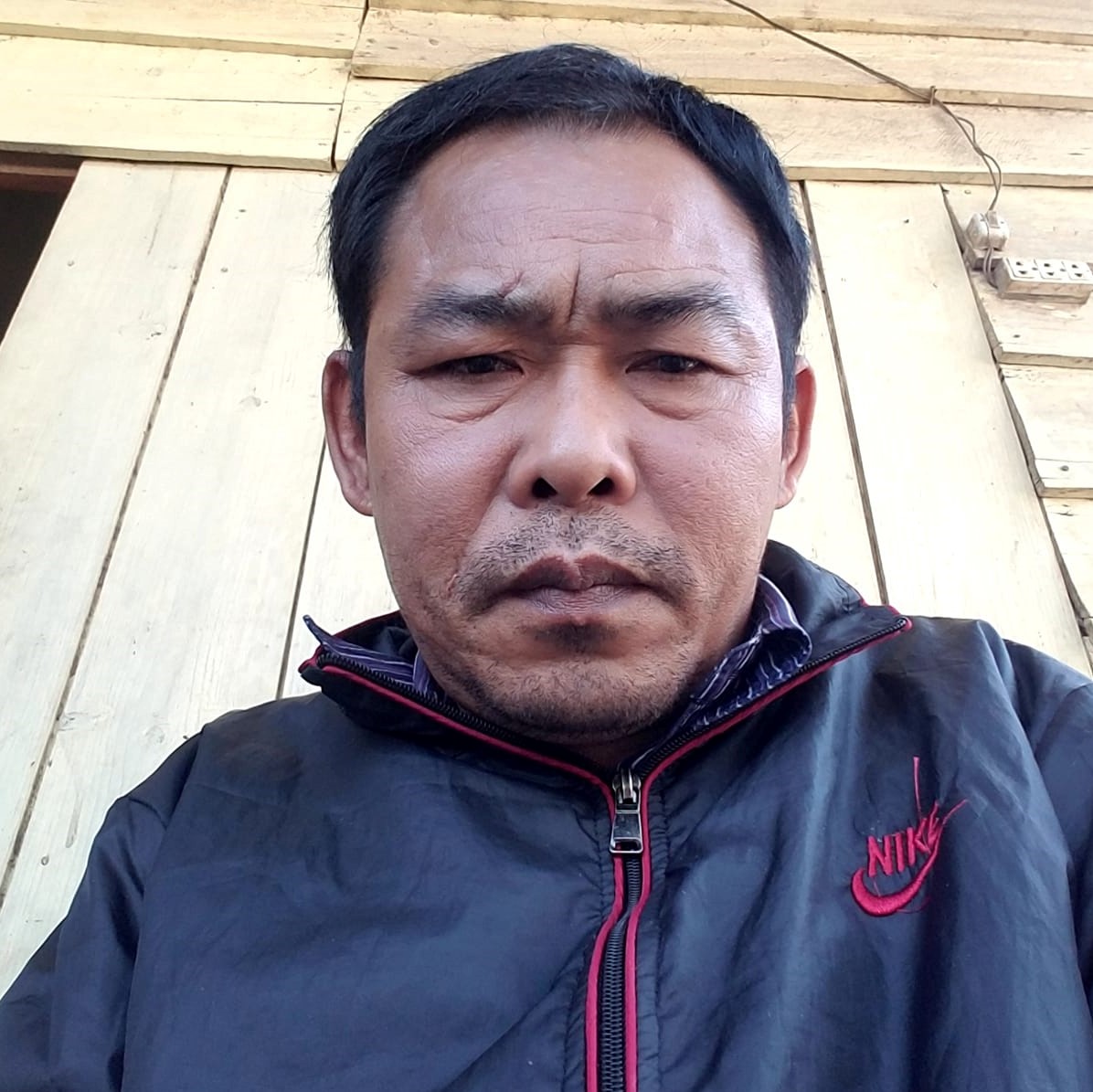 Facebooker Dinh Van Hai was arrested while sheltering in a pagoda in Ba Ria – Vung Tau. The head monk, Thich Vinh Phuoc, said several individuals pretended to come to donate rice, but as soon as he opened the gate, they rushed in and started searching for Hai to arrest him. Hai had been staying at Phuoc Buu Pagoda for 4-5 months. Ever since the Formosa environmental disaster, Hai has frequently posted articles critical of the government on his Facebook page. He is accused of “anti-state propaganda” according to Article 117.

Do Le Na, the visually impaired wife of Le Trong Hung, went to the detention center No. 1 in Hanoi to bring him warm clothes, but was told her husband did not want to receive anything from outside. On her Facebook post, Na said the guard told her that her husband said he would only accept old clothes, but no money. She said that he had only accepted the 1.5 million dong that she sent to him six months ago, but nothing else, saying he didn’t want to “bite into her meager teacher’s salary.” Hung was arrested in March and is being held in pretrial detention; he was charged with “anti-state propaganda” for trying to independently run for a seat in the National Assembly. 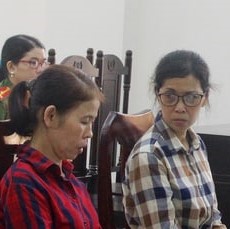 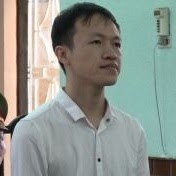 The UN “Report of the Special Rapporteur on the situation of  human rights defenders” by Mary Lawlor, sub-titled “States in denial: the long-term detention of human rights defenders,” which was published in July, 2021, thoroughly explains and exposes the many methods that member states use to skirt human rights conventions which they purport to uphold. According to the report, Vietnam has the highest number of jailed human rights defenders (38), more than twice that of China (17). Imprisoned blogger and entrepreneur Tran Huynh Duy Thuc was mentioned as a special case (p.20).

Vietnamese rights activist marks first year in jail, Stewart Rees, Asia Times, October 5, 2021: “Exactly a year ago, on October 6, 2020, officials of the Vietnamese and US governments met online for the 24th annual US-Vietnam Human Rights Dialogue. Officials discussed freedom of religion, the rule of law, bilateral cooperation, workers’ rights, and freedom of expression during the three-hour virtual session. Yet just hours after the conclusion of the meeting, police in Ho Chi Minh City arrested award-winning journalist, author and human-rights activist Pham Doan Trang, who now faces up to 20 years in prison after being charged with spreading information ‘opposing the state.’”

Vietnamese Woman to Sue Authorities Who Violently Forced Her to Take a Coronavirus Test, Radio Free Asia, October 5, 2021: “Lan’s case is only one example of many incidents where authorities are caught on video committing violence against citizens. In the city of Bien Hoa in neighboring Dong Nai province, authorities Monday said they were investigating a case of beatings perpetrated by a group of people wearing militia uniforms. The incident occurred near Market K860 in Bien Hoa’s Long Binh Ward, when the group in militia uniforms detained two young men. One person was subdued on the ground by the group, while the other was repeatedly beaten on his back and legs with police batons.”

Vietnam’s Shaky Truce with Covid-19, David Brown, Asia Sentinel, October 4, 2021: “Arguably, Hanoi first waited too long to arrange purchases of vaccines, hoping that with aggressive contact checking and more social cohesion than most nations, it could keep the coronavirus at bay until a supply glut brought down prices. (Oxfam calculates that the ‘real cost’ of producing a jab of Pfizer or Moderna’s mRNA vaccines is US$ 1.20.) And now, again arguably, Hanoi may have moved too soon to relax controls and put factories back to work, spooked by a 6 percent third-quarter drop in GDP and a rising chorus of complaints from the foreign-owned companies that dominate the nation’s export sector. Whether it’s cell phones or high-end sneakers, the Vietnamese know there are plenty of other countries that would like to steal their lunch.”

Counting the cost of Vietnam’s Covid collapse, David Hutt, Asia Times, October 7, 2021: “The technocrats expected Phuc to be replaced by someone of the same ilk, but instead, the prime minister role was awarded to Pham Minh Chinh, who had little prior experience in government. According to sources, some of Vietnam’s pandemic problems can be blamed on the style of politics that Trong and his factions have sought to instill since 2016 when he outmuscled his factional rival, then-prime minister Nguyen Tan Dung. Vietnam was an exception in early 2021 for not rushing to order vaccines from pharmaceutical contractors or other nations. This was because communist officials were afraid of the punishment they might face if they paid over the odds for the vaccines, said a source with knowledge of government discussions who requested anonymity.”

World’s Top Shoemaker Says Thousands Left Factories in Vietnam, Mai Ngoc Chau, Bloomberg, October 7, 2021: “Tens of thousands of staff have failed to return to work at a Vietnamese unit of the world’s biggest maker of athletic shoes, jeopardizing plans to return to full production next month. Just 20% to 30% of workers returned to the Ho Chi Minh City operations of Taiwanese shoemaker Pou Chen Corp. when they reopened Wednesday, Zing News reported. That means more than 40,000 workers haven’t returned, the news website said, citing the head of the company’s labor union.”

On the one-year anniversary of Pham Doan Trang’s arrest, her friend and former political prisoner, Pham Thanh Nghien, penned an essay titled ”Doan Trang and the Jailed Guitar” which tells the story of a guitar that spent more years behind bars than any other Vietnamese dissident. 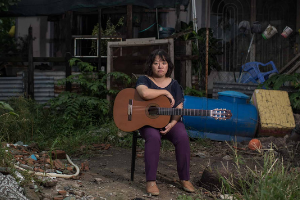 Please share this statement from The Vietnamese calling for Pham Doan Trang’s release on the anniversary of her arrest. Of her important work, they write: “As a journalist, Pham Doan Trang has dedicated her career to documenting and shedding light on the many atrocities and human rights violations committed by the Vietnamese government, despite the constant threat to her life and safety. Her work has been appreciated by Vietnamese people inside and outside of Vietnam, and has granted her international acclaim.”