In June 2022, the family of Tran Thi Xuan shared with us that they visited her in May. She is suffering from severe gout, but she is in good spirits. Her family is very concerned about her health in prison. They expressed concern that her deteriorating health was due to inadequate medical care and could possibly lead to long-term health problems

Xuan is one of emblematic cases of Vietnamese political prisoners who have experienced health problems while imprisoned and have claimed that inadequate medical treatment resulted in greater long-term health complications.

In November 2021, Xuan was one of the subjects of a Joint Allegation Letter, AL VNM 6.2021  by the UN Special Rapporteurs sent to the Vietnamese government, concerning her sentence and calling for her immediate release.

Tran Thi Xuan was active in her Catholic community, raising money for charitable causes. She also spoke out against pollution in the wake of the 2016 Formosa environmental disaster and participated in protests in Loc Ha districts to demand compensation for the fishermen for the pollution caused by the toxic spill.

Tran Thi Xuan was arrested under Article 79 (“attempt to overthrow the people’s government”) by the police of Ha Tinh province in Ha Tinh province on October 17, when she was on the way from her home to the local church. Her family was not notified about the arrest until the following day, and they were only informed by phone. There was no arrest warrant, and the police of Ha Tinh province only issued a "Press release on the urgent arrest of Tran Thi Xuan" two days after the arrest. The authorities were not clear about the details of the charges against her. Hundreds, and perhaps a few thousand, people protested Xuan’s arrest in a mass public display of support in Ha Tinh. Supporters also held a prayer vigil in her honor. 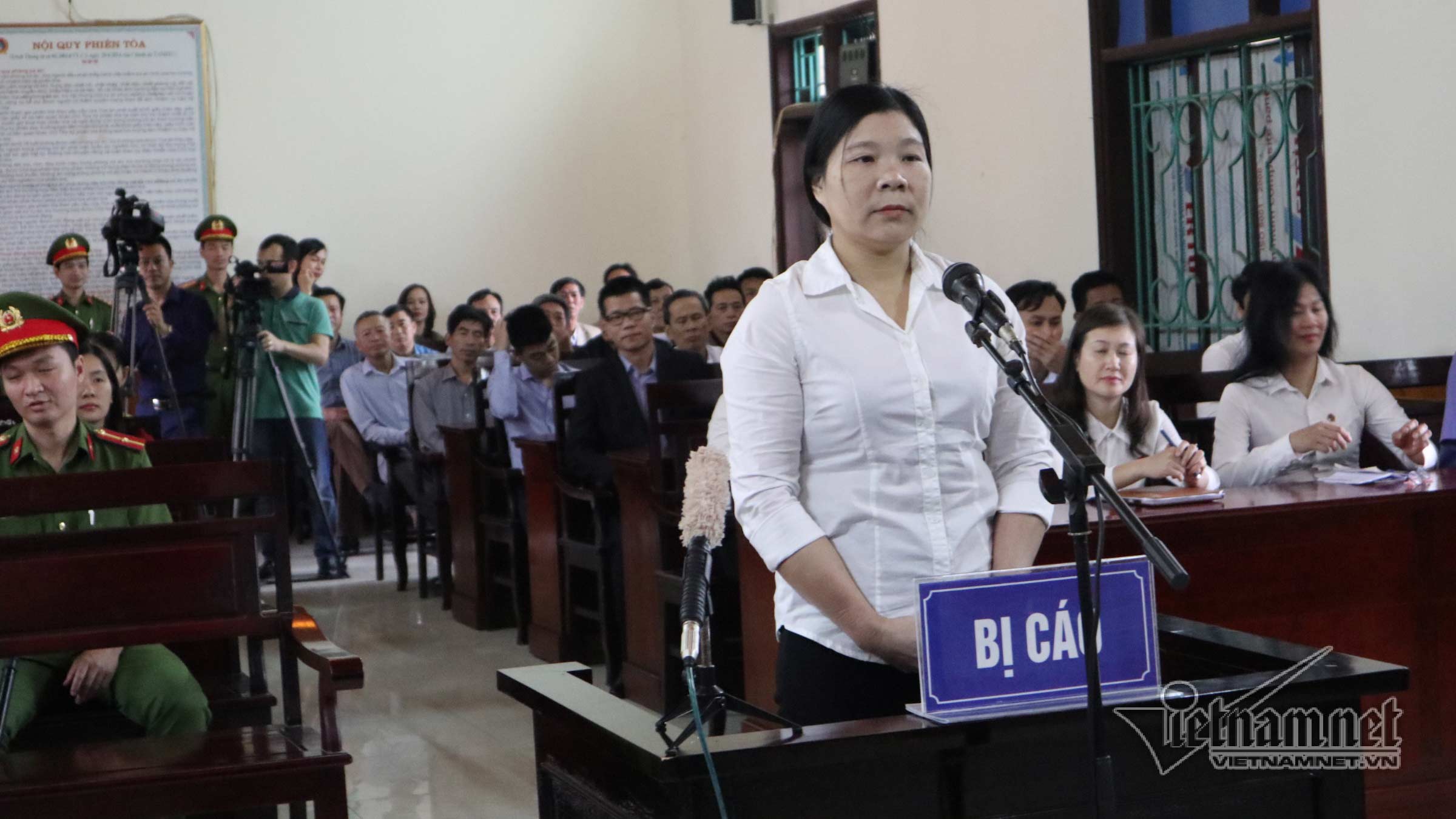 On April 12, 2018, Tran Thi Xuan was sentenced to nine years in prison by a court in Ha Tinh province. Her trial was unannounced to the public beforehand. She had to face trial without an attorney.

We have updates from Tran Thi Xuan‘s family. In 2019, her health was in critical condition. She fainted often and had to be taken to the emergency room every month. Her family requested that she be treated at a hospital, but prison authorities initially denied the request. However, with the frequency of her health incidents and the pressure from the family, the prison management finally permitted her to be treated in a specialized hospital at the beginning of 2020. Xuan is said to have suffered coronary occlusion and has been treated accordingly. Her health is now improving.

On the fifth anniversary of the Formosa environmental disaster, let us not forget female political prisoner Tran Thi Xuan, who was one of the protesters who was subsequently arrested and jailed. Take action for her by clicking on the preceding link.

Catholic activist Tran Thi Xuan called home to say she’s not well. She has been passing out in the heat. In addition to previous ailments such as chest pains and kidney problems, she’s suffering from high blood pressure and joint pains. Xuan was examined in prison and prescribed some medication which the family tried to send along with a letter but neither has reached her. She’s desperately in need of medical care and is seeking outside help.

Before arrest: Xuan suffered from multiple health problems, including kidney disease and asthma.

After arrest: the picture from her trial shows that Xuan may be suffering from fluid retention due the lack of treatment for her kidney disease.

On October 7, Tran Thi Xuan’s family visited her and noted that her health was not good because of her beriberi (a lack of vitamin B1/thiamin), but she was in good spirits. She told her family to not worry about her because she could deal with every trouble in prison. Her family started to send her medicine after the meeting, but they are not sure if she will receive it.

Tran Thi Xuan's family is very concerned about her health in prison. Since February, she has fainted often and had to be taken to the emergency room every month. Her family has requested that she be treated at a hospital, but prison authorities have denied their request. Her family also sent medicine to prison, but whether Xuan can take those medicines or not depends on the prison's infirmary's decision.

Catholic activist Tran Thi Xuan called home to say she was not well. She had been passing out in the heat. In addition to previous ailments such as chest pains and kidney problems, she was also suffering from high blood pressure and joint pains. Xuan was examined in prison and prescribed some medication which the family tried to send along with a letter but neither has reached her. She was desperately in need of medical care and seeking outside help.

Take action for Nguyen Trung Truc, Nguyen Van Tuc, and Tran Thi Xuan with The Observatory for the Protection of Human Rights Defenders, a partnership of FIDH and the World Organisation Against Torture. Use their guide and contact information to write to the Vietnamese government to call for the immediate and unconditional release of the prisoners, the improved treatment of human rights defenders, and Vietnam’s compliance with international human rights agreements.

Catholic parishoners and priests have asked the Vietnamese government to reconsider the conviction of Tran Thi Xuan. In a petition submitted the government, they alleged that Xuan has been denied visits from both family and lawyers while imprisoned. They questioned the motives behind Xuan's arrest and whether they were connected to Xuan's assistance towards victims of the Formosa ecological disaster.

Nguyen Thi Lanh, Nguyen Trung Ton's wife, and other relatives of imprisoned activists met with US Embassy representatives in Hanoi to raise concerns about the health and treatment of Ton, and fellow imprisoned Brotherhood for Democracy members Truong Minh Duc, Tran Thi Xuan, and Pham Van Troi, in prison. Xuan has had health problems while imprisoned.

Viet Nam: Arbitrary detention and sentencing of six members of Brotherhood for Democracy, The Observatory for the Protection of Human Rights Defenders, April 9, 2018