Greetings from The 88 Project! We bring you news, analysis, and actions regarding human rights and civil society in Vietnam during the week of May 3-9. On May 5, land rights activist Can Thi Theu and her son Trinh Ba Tu were sentenced to eight years in prison each on charges of conducting “propaganda against the state.” Three ethnic minority farmers had their sentences reduced this week on appeal. In advance of Vietnam Human Rights Day on May 11th, a bipartisan group of US House members introduced H.R. 3001, the Vietnam Human Rights Act. In honor of World Press Freedom Day, which was May 3, read about the continued crackdown on independent journalism in Vietnam. And take action this week in support of Can Thi Theu and Trinh Ba Tu by sharing a video or urgent action calling for their release from prison. 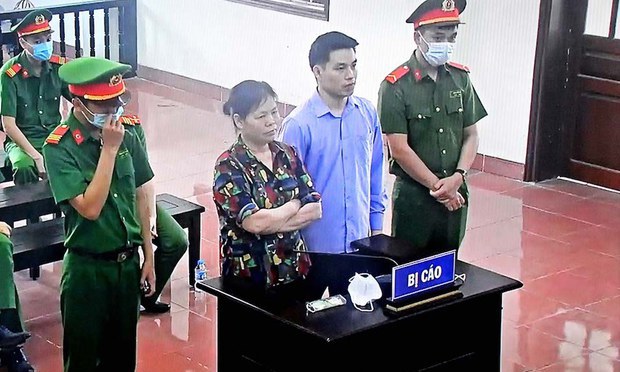 A court in Hoa Binh Province sentenced land rights activists Can Thi Theu and her son Trinh Ba Tu to eight years in prison each, with three years of probation to follow, for conducting “anti-state propaganda” under Article 117 of the 2015 Criminal Code. The trial lasted just a few hours. Two relatives were allowed into the courtroom, but Theu’s husband, Trinh Ba Khiem, was not.

Their lawyer, Manh Dang, reported that in front of the judges, his clients stated their name as “Victim of Communism,” maintained their innocence, and reiterated that they only spoke the truth. He said their level of defiance is something he’d never witnessed in a courtroom before.

Theu’s oldest son, Trinh Ba Phuong, who also was arrested at the same time last June, is still in pre-trial detention and has yet to see a lawyer. The authorities have extended the deadline for their investigation of Phuong until June 18, according to a family source. This extension is a violation of Vietnamese law regarding the length of maximum pre-trial detention. 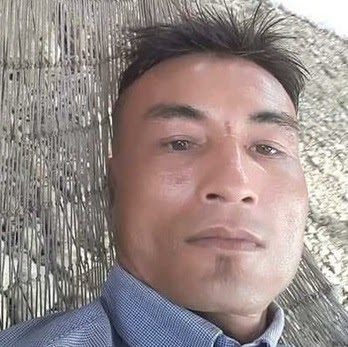 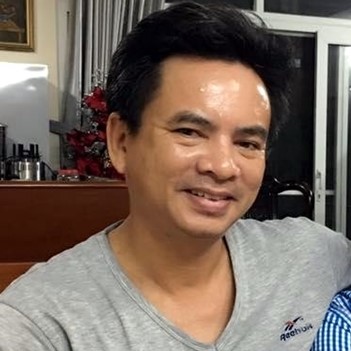 The United Nations High Commissioner for Human Rights issued a statement on World Press Freedom Day. It warns that arrests and prosecution of journalists can have a chilling effect on other journalists and dissuade them from reporting on critical issues, especially during the time of the pandemic.

The One Free Press Coalition has named Pham Chi Dung of Vietnam in its “Ten Most Urgent” list of journalists being imprisoned or abused. Founding chairman of the Independent Journalists Association of Vietnam (IJAVN), Dung is serving a 15-year sentence for “anti-state propaganda.”

In advance of Vietnam Human Rights Day on May 11th, a bipartisan group of House members introduced H.R. 3001, the Vietnam Human Rights Act—legislation led by Reps. Zoe Lofgren (D-CA-19), Chris Smith (R-NJ-04) and Alan Lowenthal (D-CA-47), co-chairs of the Congressional Vietnam Caucus, to hold Vietnamese officials accountable for gross human rights abuses and help prioritize the protection of freedoms and the development of the rule of law in the country.

The International Service for Human Rights (ISHR) has published the UN General Secretary’s Annual Report on Intimidation and Reprisal. Surprisingly, Vietnam had even more such reported cases in 2020 (41) than China (37).

Mother and son Can Thi Theu and Trinh Ba Tu

Many organizations spoke out in support of land rights activists Can Thi Theu and Trinh Ba Tu after their trial this week. Human Rights Watch accused Vietnam of violating international human rights standards in the detention of Theu and her son Tu for nine months by denying them access to a lawyer and visits by their family. It also says, “The Vietnamese government should be listening to people like this brave family, not throwing them in jail.” ARTICLE19 called Vietnam “one of the top enemies of freedom of expression in the world,” following the conviction and severe punishment of Can Thi Theu and Trinh Ba Tu. It also noted that during the trial the area around the courthouse was blocked off and internet access was throttled.

Amnesty International described the charges against Can Thi Theu and her son Trinh Ba Tu as “bogus” and called on Vietnamese authorities to release them unconditionally: “They are clearly being punished in retaliation for their peaceful activism to expose injustices and human rights violations.” And Vietnam Human Rights Network and ‘Defend The Defenders also issued a joint statement regarding the trial of Theu and Tu, saying that the proceedings did not follow Vietnamese laws and calling on the National Assembly to remove Article 117 (anti-state propaganda) from the 2015 Criminal Code.

Independent Journalists in Vietnam: The Clampdown Against Critics Continues, Stewart Rees, The Diplomat, May 3, 2021: “The government would like social media to resemble an echo chamber of official party propaganda. To this end, it has recruited an army of online activists to promote party policy, harass critics, and monitor content for dissent. One favored tactic is to mass report critical content so it is removed by Facebook for breaching community guidelines. In November 2020, Reuters reported that Vietnam had threatened to shut down Facebook, despite the increased level of censorship that Facebook had enforced on the government’s behalf since the agreement in April.”

The Collision Of Religion And The Vietnamese State, Aerolyne Reed, The Vietnamese, May 5, 2021: “In 2013, Phan Van Thu, the leader of ADDD, was sentenced to life imprisonment while 21 other leaders were sentenced to a collective total of 299 years in prison and 105 years of house arrest. To this day, the ADDD situation holds the record of having the highest sentence ever imposed in a political-religious case in Vietnam. Those incarcerated are currently dealing with abuse and maltreatment, and are faced with the very real possibility of death.”

Vietnam’s VinFast reports customer to police after ‘untrue’ YouTube complaints, James Pearson, Reuters, May 4, 2021: “VinFast, part of the Southeast Asian country’s largest conglomerate Vingroup VIC.HM, plans to launch its electric vehicles in the United States next year, its CEO told Reuters last week. It is also looking at a possible share sale that could value it at $60 billion, and plans to sell cars in Canada and Europe. In the now-deleted video, a copy of which remained on the Internet Archive website, Hoang had said he was proud to own a VinFast car and was only reluctantly highlighting problems.”

The economic agenda taking shape under Vietnam’s new leader, Le Hong Hiep, Nikkei Asia, May 4, 2021: “This time around, Chinh appears to support a modified version of SEZs, which does not require the establishment of separate administrative units, with such mini-SEZs to be integrated into existing urban centers. For example, Chinh’s government has commissioned studies for the establishment of international financial centers in Ho Chi Minh City and Da Nang, which will not compete with major financial hubs such as Hong Kong or Singapore, but instead focus on certain niche areas such as fintech.”

When Calls To Free Pham Doan Trang Are Not Enough. Trinh Huu Long, The Vietnamese, October 10, 2020; reposted May 6, 2021: “Calls for Freedom are good, but they are often not enough. We should release ourselves from the shackles of fear, apathy, and apprehension to actively fight for progress and change. Doan Trang has completed her mission and the responsibility now falls on our shoulders. Even if she were to be released tomorrow, even if she chooses to stay in Vietnam or decided to leave, the fight continues in each one of us. And if you love Doan Trang, I implore you to do what she would have done.”

Vietnam Free Expression Newsletter No. 17/2021 – Week of April 26-May...
Scroll to top
Our Spring Sale Has Started