Vietnam’s independent journalists are under siege, and there is little cause for optimism.

On April 24, Tran Thi Tuyet Dieu became the latest independent journalist to be jailed for daring to criticize Vietnam’s ruling communist party. Dieu was handed an eight year sentence for criticizing the party and human rights advocacy on social media. 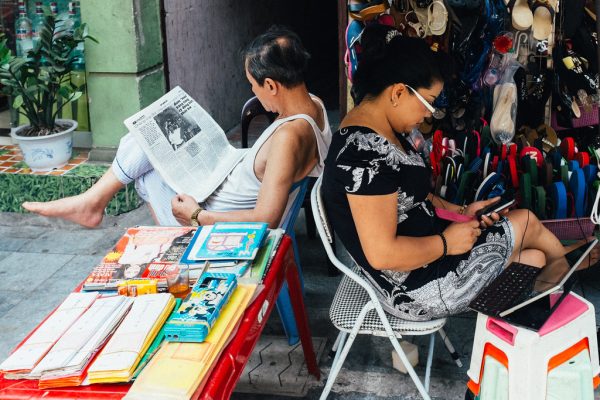 Credit: Flick/ Travel and Snap via The Diplomat

The year 2020 saw a spate of high-profile arrests as six independent journalists were arrested. In October 2020, the authorities arrested democracy supporter Pham Doan Trang for her human rights advocacy. Trang, who received the RSF Press Freedom Prize for Impact in 2019, was arrested on the day of the 24th annual U.S.-Vietnam Human Rights Dialogue, in a blatant display of the Vietnamese
Communist Party (VCP)’s contempt for human rights advocacy. She was charged with publishing “propaganda” against the state, a loosely-defined term that is often used to lock-up independent journalists and critics of the regime.

Three months later, in January of this year, three members of the Independent Journalists Association of Vietnam, Pham Chi Dung, Nguyen Tuong Thuy, and Le Huu Minh Tuan, were handed lengthy prison sentences for writing articles which the government deemed beyond the pale. Thuy and Tuan received 11 years each, while Dung was given 15 years. The independent journalist trio were convicted of spreading “distorted information,” in another example of the authorities using the broad scope of vaguely defined laws to clamp down on dissent.

Read more on The Diplomat

Being an environmentalist in Vietnam
Scroll to top