Greetings from The 88 Project. We bring you news, analysis, and actions regarding human rights and civil society in Vietnam during the week of February 28-March 6. An independent journalist failed to appeal his 11-year prison sentence. A 61-year-old Facebooker was arrested for his posts. The mother of a toddler, who by law should not be serving her prison sentence yet, is in jail. A poet was assaulted in the middle of the street in front of the police on his way to receive an award. The Russian invasion of Ukraine presents a host of diplomatic problems for the historically pro-Russia Communist Vietnamese government and reveals a split in support for Ukraine amongst the populace. Hanoi tries to walk a tightrope between Russia and the West while keeping a close eye on how China behaves. An independent group of intellectuals shows the Ukraine ambassador their support. 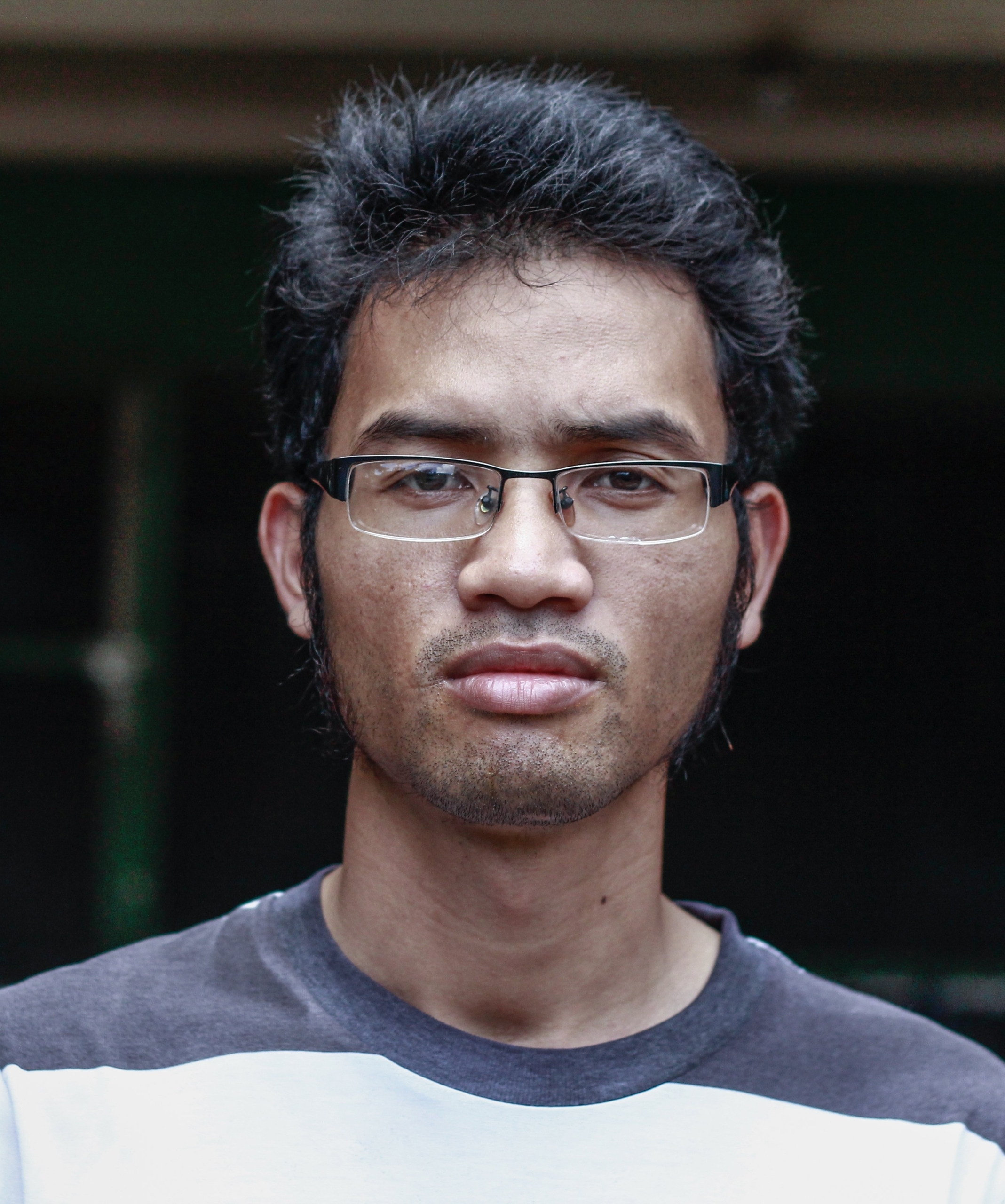 Le Huu Minh Tuan
On February 28 an appeals court in Ho Chi Minh City upheld the 11-year sentence for Le Huu Minh Tuan, a member of the Independent Journalists Association of Vietnam (IJAVN), on charges of “anti-state propaganda.” The open trial lasted only half a day and Tuan’s family was not allowed inside the courtroom. Tuan’s sister, Le Thi Hoai Tam, told VOA that Tuan was not allowed to see his lawyer, Dang Dinh Manh, before the trial due to “pandemic reasons.” According to his lawyer, Tuan stated in court that he only exercised his basic freedoms of expression and of the press according to Article 25 of the Constitution. Two other members of the IJAVN, Pham Chi Dung and Nguyen Tuong Thuy, are also serving time totaling 26 years on similar charges. 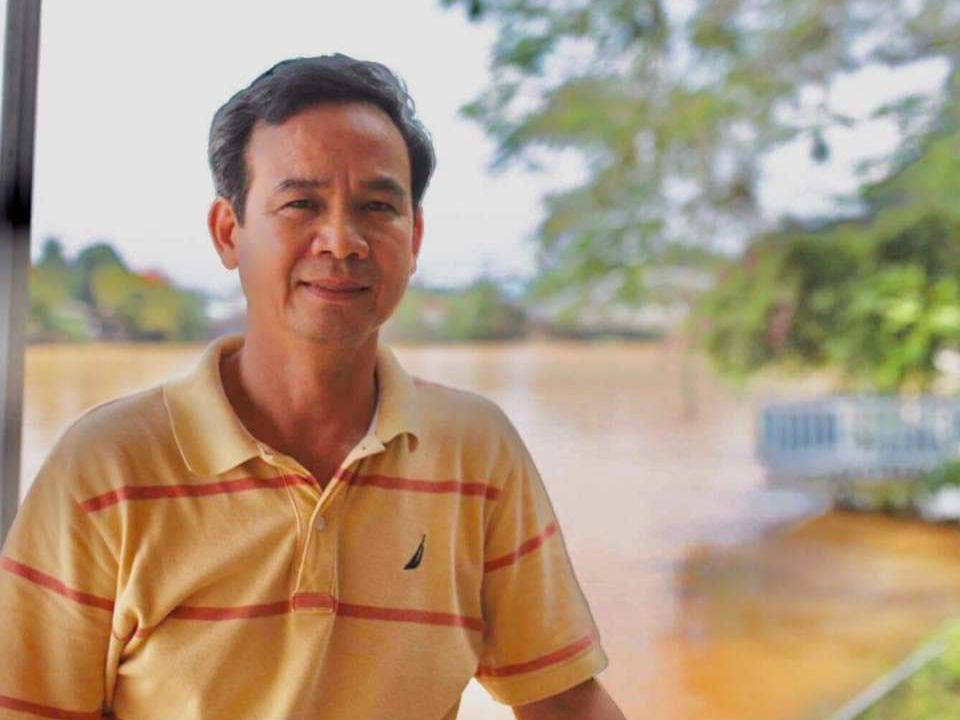 On March 1, police in Ho Chi Minh City arrested Tran Van Bang, a 61-year-old engineer, and charged him with “storing and disseminating material that opposes the government” based on Article 117 of the Criminal Code. Police reported that they had begun their investigation on Bang in November of last year. On February 23, they searched Bang’s residence and took away materials that allegedly were “anti-state propaganda.” Bang used to be an active participant in protests against China and was once photographed bloodied by security police. In an unusually positive development, attorney Dang Dinh Manh said the authorities approved his application to represent Bang within a day, an unprecedented turnaround time.

Huynh Thuc Vy’s letter dated 21/2 was just received by her family. In it she says she’s in good health and spirits, and has been treated well. Her only complaint is that prison officials keep her letters too long before sending them to her family. She also mentioned being able to call home a few times. Vy was sentenced in November 2018 to two years and nine months for “offending the national flag” under Article 276 of the 1999 Penal Code, but had not started serving her sentence yet because her second child had not reached age three. In November 2021, however, her suspension was suddenly revoked and she was taken into custody to start serving her sentence. 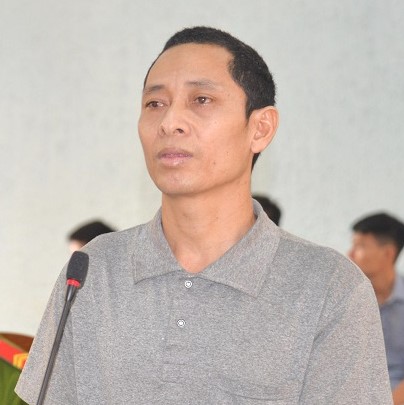 On March 2, Thai Hao, a poet from Hanoi, was assaulted by two men right in front of police. Hao was on his way to the airport to board a flight to Saigon where he was to be given a literary award by the Van Viet (Viet Literature) organization. In the days leading up to his departure, secret police were already posted outside his residence; one of them even warned him that he shouldn’t go. On the day of his departure, he was stopped on the road by the traffic police and two plainclothes men started punching him in the head. They only stopped when he yelled to the police officers standing by to ask the men to stop. He was then taken to the police station for interrogation. By the time Hao was released — suffering bruises, he had already missed his flight. It is not clear why Hao was targeted, but some people suspect it might be because of his recent poems denouncing the Ukraine invasion. A representative for Van Viet said the organization has filed a petition.

Frontline Defenders has issued its 2021 report on the situation of HRDs around the world. “The report details the variety of risks, threats and attacks faced by HRDs around the world, and examples of HRDs continuing to defend and advance the rights of their communities and societies despite threats to their lives.” You can download the Global Analysis 2021 here.

In light of the recent verbal online attacks against the Ukrainian ambassador by pro-Putin Vietnamese extremists, a group of Vietnamese scholars wrote a letter to Ambassador Nataliya Zhynkina to express solidarity with the people of Ukraine. They then followed that up with a monetary gift collected from supporters which was handed to the ambassador in person. Meanwhile, a group of Vietnamese lawyers penned an open letter to Russian president Vladimir Putin to ask him to stop the aggression.

Russia’s Invasion of Ukraine: The Diplomatic Dilemma Facing Vietnam. Hai Hong Nguyen, The Diplomat, March 4, 2022: “Last December, Vietnam and Russia issued a joint statement outlining plans to further deepen their comprehensive strategic partnership in scope between now and 2030, emphasizing the special strategic relationship established in the Soviet era. But with Ukraine, Vietnam also bears a debt of gratitude for the former’s assistance during its wars against the French and Americans and currently has a comprehensive partnership. Vietnamese ‘bamboo diplomacy’ indeed faces a difficult dilemma, needing to avoid taking a side but nonetheless needing to signal its opposition to Russia’s aggressive actions. Perhaps nothing better reflected this dilemma than the gap between the carefully nuanced critical speech given by the Vietnamese representative at the recent emergency session of the U.N. General Assembly and Vietnam’s abstention on the March 2 resolution deploring Russia’s invasion of Ukraine.”

Vietnam calls for dialogue, protection of civilians in Ukraine, Viet Anh, VN Express, March 2, 2022: “Giang also requested relevant parties to ensure the security and safety of expatriate communities living in Ukraine, including the Vietnamese, and enable the evacuation of Vietnamese nationals to safety. He underlined Vietnam’s consistent stance on settling international disputes by peaceful means on the basis of respect for international law, the U.N. Charter, especially the principle of respect for independence, the sovereignty and territorial integrity of nations, non-interference in internal affairs, and non-use of force in international relations. With its own history of long and painful wars, he said, Vietnam found that wars and conflicts usually stem from outdated doctrines of great power politics, the ambition to dominate and use force to resolve international disputes.”

Hanoi shy to leave Moscow for the West over Ukraine, Nile Bowie and David Hutt, Asia Times, March 1, 2022: “In 2019, Vietnam-Ukraine trade was worth only US$536 million, according to Vietnamese government data. By comparison, its trade with Russia, a historic partner of Vietnam, was worth about $4.4 billion that year. However, the Vietnamese people retain some close ties to Ukraine from its time as part of the communist Soviet Union. One of Vietnam’s most important business people, Pham Nhat Vuong, the founder and chairman of the sprawling conglomerate Vingroup, started out in business in Ukraine, where he created a successful instant noodle company in the 1990s. Only last month, a ceremony took place in Hanoi to mark the 30th anniversary of diplomatic relations between Vietnam and Ukraine, which gained its independence from the Soviet Union in 1991. According to media reports, there are more than 1,400 Vietnamese students and some 10,000 Vietnamese nationals living in Ukraine.”

Russia recommends Vietnam as a safe destination amid conflict with Ukraine, Asia News Network, March 4, 2022: “Việt Nam is a safe tourist destination without any restrictions for Russian visitors, according to recommendations by the Federal Agency for Tourism of Russia. … Việt Nam plans to fully reopen international tourism activities from March 15 after over two years of disruptions due to COVID-19. Pre-pandemic, Russia contributed a significant part to the tourism market in Việt Nam, and they were also among the first to be welcomed back to Việt Nam under the pilot COVID-19 vaccine passport programme. The Ukraine situation has rattled many tourism and hospitality businesses who are expecting a robust revival, especially in the south-central coastal localities like Nha Trang (Khánh Hoà) or Bà Rịa-Vũng Tàu, which are popular destinations among Russian tourists.”

The Deja Vu of Rising Autocracy, Son Nguyen, The Vietnamese, March 1, 2022: “With the Russian invasion, and with China’s rise in the Asia-Pacific region, the Vietnamese government is hearing signals that it does not have to put up any facades that it cares about democracy anymore. After all, authoritarians are striking back, liberal democracy is becoming more and more of the minority rather than the norm, and authoritarians seem to do fine even after countless condemnations. Why should Vietnam endorse a system that is so out-of-trend in its region?

… But the rise of autocracy and authoritarianism does not mean that there is no hope for Vietnam. In its report, Freedom House put forward various recommendations for democracies and the private sector. Among the most relevant to Vietnam are the recommendations that democratic states should work together to ‘scrutinize the export of technologies and other products that could be used to violate human rights,’ and should ‘reject internet shutdowns and refrain from banning social media and messaging platforms, particularly during elections, protests, and periods of unrest.’” 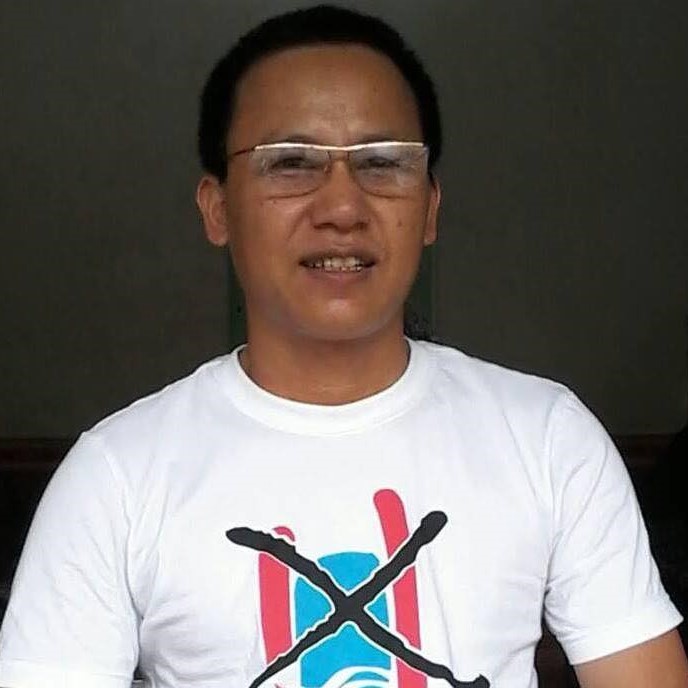 Share the Committee to Protect Journalists’s call for the release of Le Van Dung, issued shortly after his arrest, ahead of his trial this week. CPJ also provides more background on Dung’s journalistic work.