Tran Quoc Khanh had his appeal trial on February 17. Just like most of the appeal trials, there was no change to Khanh’s 6.5 year sentence. According to his brother Tran Quoc An, Khanh’s lawyer and his family were not allowed inside the courtroom, yet “there were strangers in the room.” Recently, Khanh was allowed to see his wife and talk on the phone. Khanh has recently been experiencing high blood pressure, stomach aches, severe gout, and mental stress.

Tran Quoc Khanh is a permanent resident of Hai Ba Trung District, Hanoi. However, according to the documents of the Security Investigating Agency of Ninh Binh Province, from 2018 to 2020, Tran Quoc Khanh was living in Kim Son District, Ninh Binh.

Tran Quoc Khanh is a Facebook commentator. He often livestreams and talks about his views on contemporary political conditions and policies. He also has called for proper separation of power, the establishment of a multi-party model, and democratization in Vietnamese politics.

According to the documents published by the Security Investigating Agency of Ninh Binh Public Security, from the end of 2018 until 2020, Tran Quoc Khanh was outside of Hanoi and temporarily lived in Kim Son District, Ninh Binh Province.

During his stay, Khanh was accused of frequently live streaming information and accusations against the Vietnamese government and the Party’s leadership, using his Facebook account “Trần Quốc Khánh” and another account named “Tiếng nói Công dân.” The fact that these actions were conducted when he was living in Ninh Binh gives Ninh Binh’s public security the judicial authority over his case, they argue in these documents.

However, it should be noted that Khanh had just applied to become an independent candidate for the upcoming National Assembly Election in Haainoi. Considering that many other independent candidates are also subject to harassment, it can be argued that Khanh is one of many victims of a systematic crackdown just because he is trying to get involved in the Party-controlled election.

Tran Quoc Khanh was sentenced to six and a half years in prison for 22 video clips he posted on his Facebook page “Tieng Noi Cong Dan” (Citizens’ Voice). Before his trial on October 28, his lawyer, Le Dinh Viet, called the family to say that Khanh didn’t want an attorney. However, Khanh’s family confirmed this week that Khanh had sent them a message saying he wanted the family to contact the attorney. 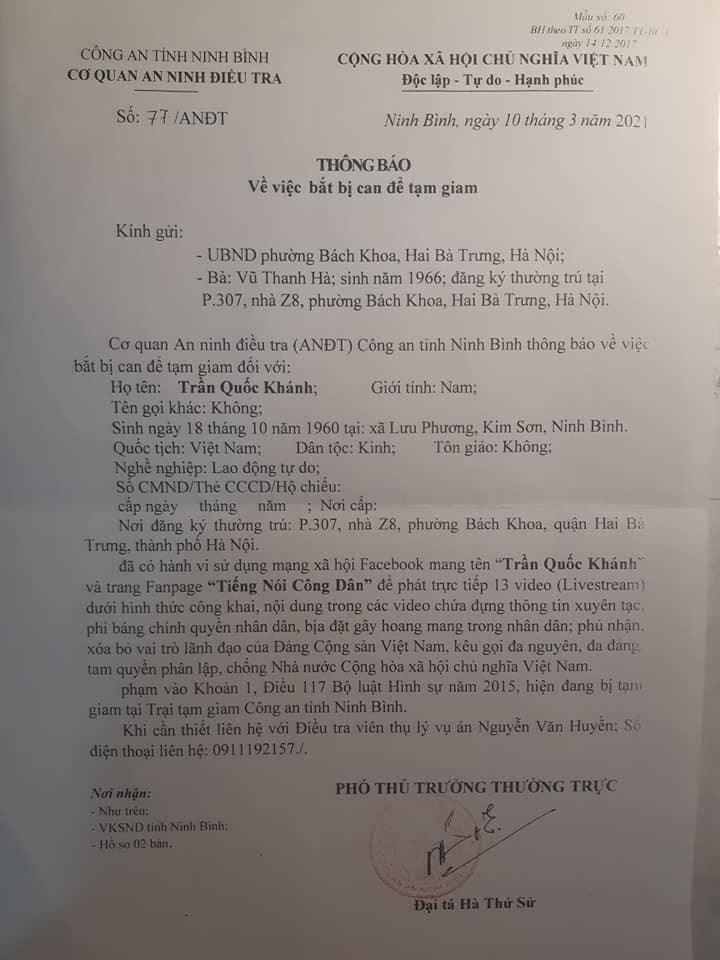 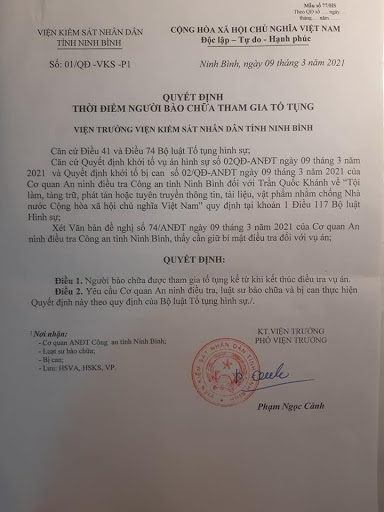 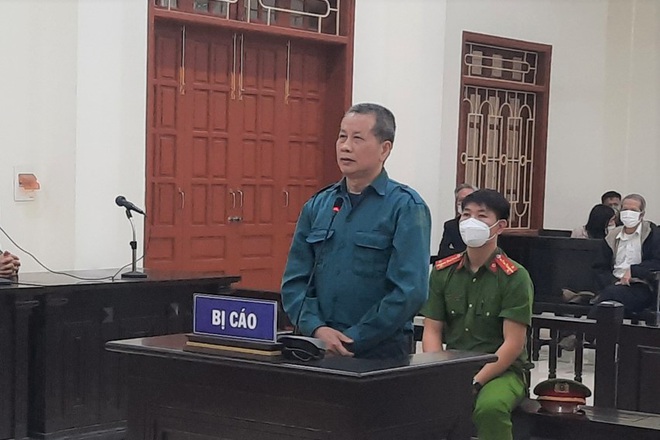 Khanh at trial in October 2021

Attorney Le Dinh Viet's announcement about the arrest and his representation of Tran Quoc Khanh, March 11, 2021