On August 16, a Hanoi court upheld the five-year sentence for independent journalist Le Van Dung, aka Le Dung Vova, who was charged with “anti-state propaganda.” Dang Dinh Manh, Dung’s counsel, reported that the trial lasted less than two hours, was very “shallow,” and that his arguments were cut off by the judge. Manh also said Dung did not expect a different outcome and appeared relaxed, “almost smiling throughout the hearing.”

Le Van Dung is a engineer.

Dung is currently a manager of Chan Hung Nuoc Viet TV, or CHTV Vietnam for short, which usually reports news and debates on national issues. Their CHTV fan page has attracted more then 27.000 followers.  On his Facebook Le Dung Vova, which has more than one hundred followers, Dung often shares his views on social issues.

An Ninh ("Security") TV (antv.gov.vn), a state-owned channel dedicated to security-related news, was airing a series of programs to defame well-known political activists. On October 27, 2019, An Ninh TV aired a program in which it identified several activists as “subversives,” among them: Le Trung Khoa, Le Dung Vova, Nguyen Thuy Hanh, Pham Doan Trang, and Dung Truong. The program also provided ways to recognize those activists on social media. On October 31, 2019, Le Dung Vova and his CHTV channel were publicly-accused of igniting some people to question the government.

A relative of Le Van Dung will have to stand trial for harboring the fugitive who was evading arrest. Nguyen Van Son, 65, faces charges of “hiding a criminal” under Article 389 of the Criminal Code. Dung, also known as Le Dung Vova, was arrested at Son’s house after being on the run for nearly a month. The founder of the Facebook-based news channel CHTV, Dung was charged with “creating, storing, and disseminating  information, documents, items, and publications opposing the Socialist Republic of Vietnam” (otherwise known as “anti-state propaganda”) under Article 117 of the Criminal Code.

At around 1:00 am on February 28, Le Dung updated their release on Facebook, saying that they all went home safely.

After the workshop ended, they went to a cafeteria at To Hien Thanh Street, Hai Ba Trung District, for lunch. At 11:38 AM, a group of more than ten public security officers stormed into the place and “invited” the trio to Nguyen Gia Thieu’s police station, where they were detained and interrogated separately about their journalism activities for more than seven hours.

Police requested that they delete all the recordings and notes from the workshop and also confiscated all of their property, notably eight cell phones, two cameras, and other types of equipment.

The three were all released at 6:00 PM and told to return and work with police again the next day.

Confiscating Their Equipment during Workshop on East Sea in Hanoi, Defend the Defenders, October 6, 2019 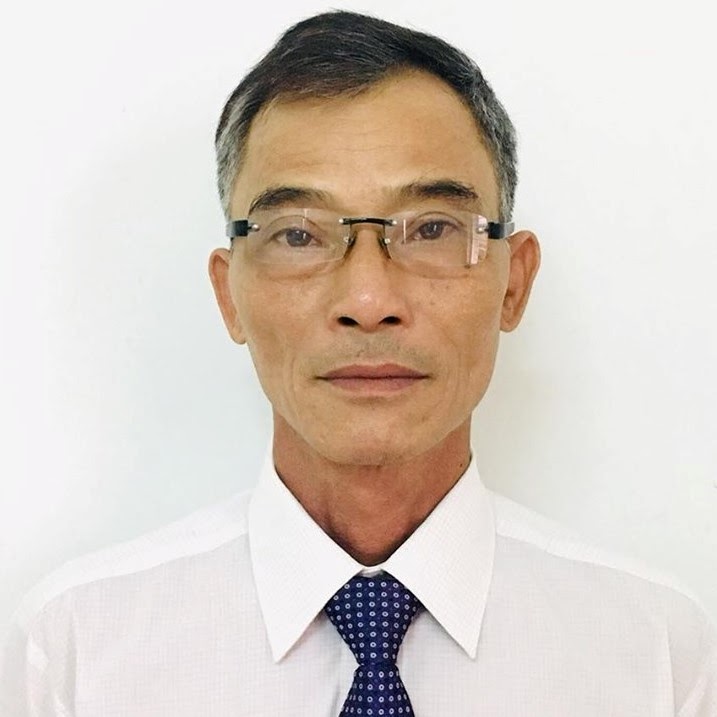 Le Van Dung is an outspoken activist living in Hanoi City. In mid January of 2021, Dung announced his plan to apply to run as a self-nominated candidate for the election. Just a week later, on January 21, the local public security surrounded Dung’s house, planned to arrest him. However Dung was aware of this possibility and stayed somewhere else.

Hanoi police on May 26 tried to arrest independent journalist Le Dung Vova at his home for alleged “anti-state propaganda” but Dung was not at home at the time and as of now is still at large. Dung’s wife, Bui Thi Hue, said the police came to their house, read the warrant and, not having found Dung there, confiscated a laptop and two mobile devices. On May 25, Dung posted on Facebook saying he’d received several “invitations” to go to the police station for interrogation, but he’d refused to do so.

On May 28, after the National Assembly elections concluded, the police issued a “special warrant” for his arrest after they failed to detain him at his house last week because he wasn’t home at the time. The “special arrest” warrant is typically used only for dangerous criminals; this could signal a more serious crackdown on independent journalism. The warrant even allows ordinary citizens to apprehend Dung and take him to the police if they find him. Dung is being sought for “anti-state propaganda” under Article 117. 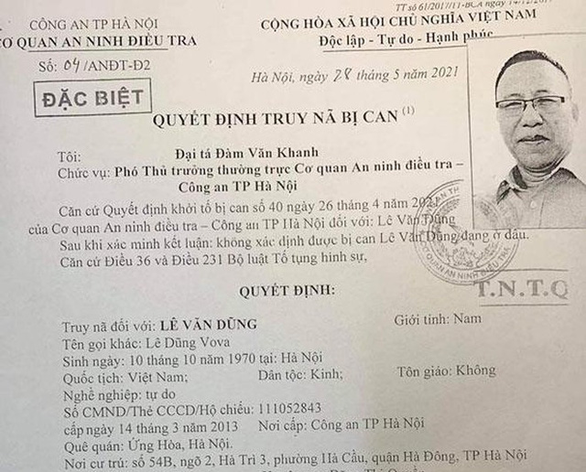 Dung’s Special Arrest Warrant issued by the Public Security of Ha Noi City on May 28 2021. Source

Le Van Dung is an outspoken activist living in Hanoi. In mid-January of 2021, he announced his plan to apply to run as a self-nominated candidate for the National Assembly election. Just a week later, on January 21, the local public security bureau surrounded Dung’s house, preparing to arrest him. However, Dung was aware of this possibility and stayed somewhere else.

A national manhunt was under way for journalist Le Van Dung, aka, Le Dung Vova. The police issued a “special warrant” for his arrest after they failed to detain him at his house because he wasn’t home at the time. The police seized a laptop and mobile devices that belong to his wife, Bui Thi Hue. The “special arrest” warrant is typically used only for dangerous criminals; this could signal a more serious crackdown on independent journalism. The warrant even allows ordinary citizens to apprehend Dung and take him to the police if they find him. Dung was being sought for “anti-state propaganda” under Article 117.

Dung was reported to be arrested on June 30 at his hometown, Ung Hoa District, Hanoi City. It seems that Dung had sought refuge in one of his relative’s houses there. Several sources also confirmed that, besides Dung, his relatives were also arrested.

Authorities began the process of pre-trial detention for Dung, which means he will be held incommunicado and won’t have access to a lawyer for at least four months until the police finish their investigation.

Update: Arrested along with Dung were two other people, but were not able to identify them. We later came to know that person would be tried along with Dung at this trial. His name is Nguyen Van Son, 66, under house arrest. Son is charged with “harboring fugitives” according to Article 389 of the 1999 Criminal Code.

On March 23 Le Van Dung, aka Le Dung Vova, was sentenced to five years in prison plus five years of probation by a Hanoi court for “anti-state propaganda” under Article 117. Dung was accused of posting video clips that allegedly defame the Communist Party. In court, he did not deny posting the material but insisted it was legal to do so. Dung’s lawyer said his client would appeal the verdict. Even though the trial supposedly was open, Dung’s wife and his mother were not allowed inside the courtroom.

Dung was on the run for a few months before he got arrested at a relative’s house. His relative, Nguyen Van Son, was also tried on the same day and was given an 18-month suspended sentence and 36 months of unsupervised probation.

The trial was originally scheduled for March 11. 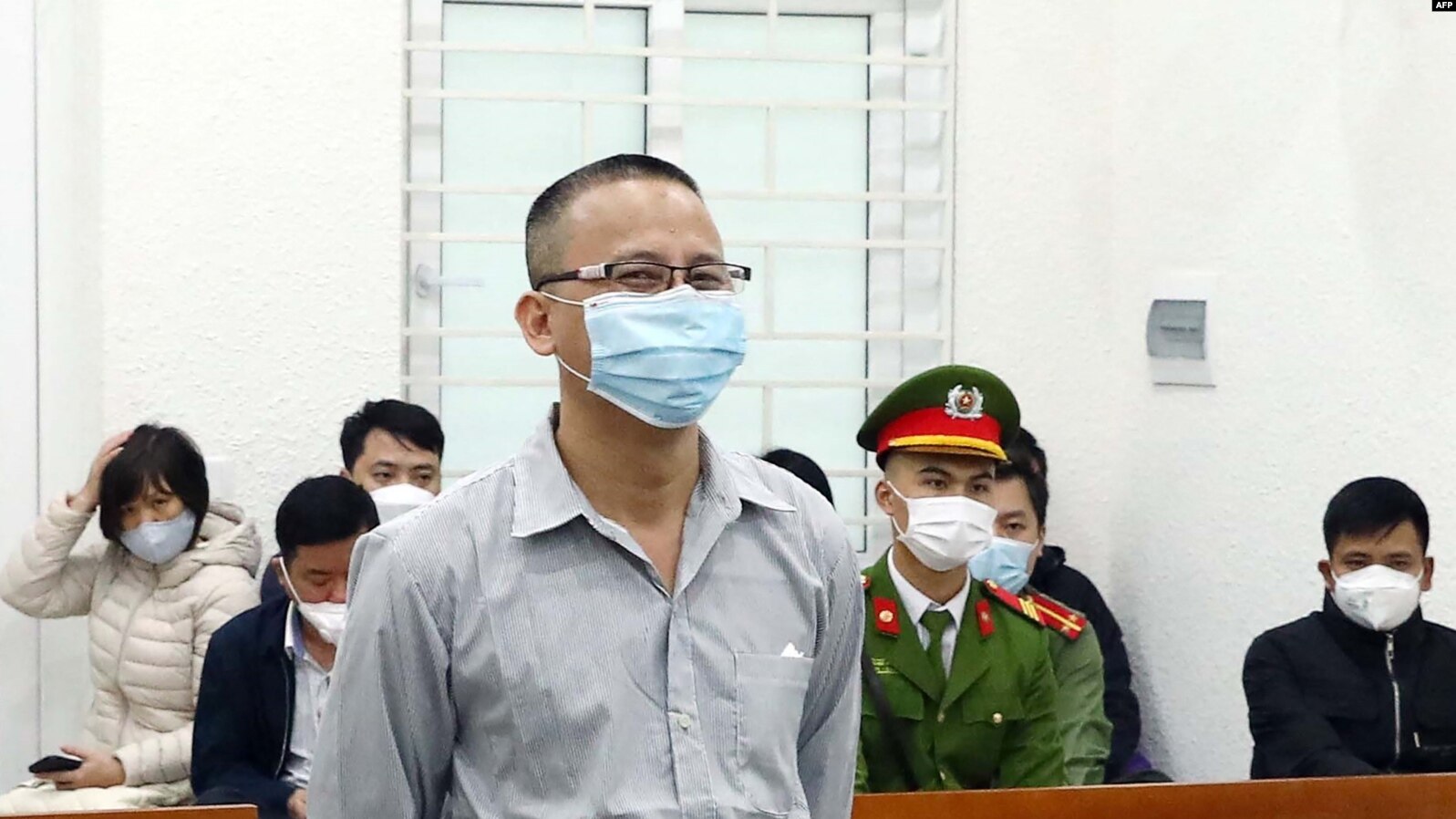 Dung at his first instance trial in March 2022