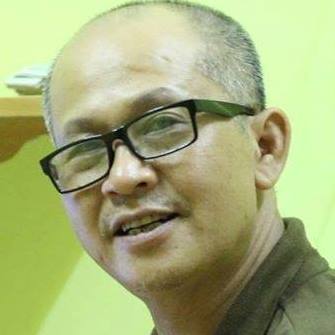 On June 23, the People’s Court of Hoa Binh Province tried hairdresser and online commentator Nguyen Van Nghiem on the charge of Article 117 of the 2015 Criminal Code and sentenced him to six years in prison. Only his wife was allowed to attend the trial. There are concerns that Nghien was pressured to deny legal representation, as he appeared in court without a lawyer even though he had previously asked for one.

Nghiem is from Y Yen District, Nam Dinh Province. He lived in Hoa Binh province prior to arrest.

Nghiem is known as an active Facebooker with the nickname of “Giao su hot toc,” and he usually shares his views on national issues, such as corruption, environmental pollution, human rights violations, and China’s alleged illegal activities in the East Sea (South China Sea). Besides posting about the government’s failure to deal with those issues, Nghiem also has criticized many senior state officials such as the party’s General Secretary-- President Nguyen Phu Trong-- as well as Prime Minister Nguyen Xuan Phuc.

He also posts many videos on his Youtube channel and has attracted many views. One day before the arrest, he released three videos on the issues of China’s alleged aggression in Vanguard Bank, a special economic zone of Vietnam, and the ongoing anti-corruption campaign. All videos were deleted from his Facebook and Youtube after his arrest.

Nghiem was arrested on the morning of November 5, 2019, while live-streaming to talk about nationals issues at home in Hoa Binh Province. His wife, Pham Thi Xuan, revealed that one security officer in plain clothes waited for her in front of her house at 7:00 am. Xuan had just come home from the market. That woman made an effort to persuade Xuan to style her hair, but Xuan refused.

The investigating agency extended the pre-trial detention period of Nguyen Van Nghiem for another three months.

However, taking advantage of Xuan’s entrance, a group of public security officers in uniforms stormed into the house and arrested Nghiem while searching his house. They confiscated his two computers, two printers, cameras, and cell phones.

Nghiem was prosecuted for “making, storing, disseminating, or propagandizing information, materials, and products that aim to oppose the State of the Socialist Republic of Vietnam,” under Article 117 of the 2015 Criminal Code. He will be temporarily held for 120 days for investigation, according to an announcement of his arrest released on November 4, 2019, by the Investigation Agency of Hoa Binh Province.

It is likely that his arrest is derived from his videos, posts, and sharing on Facebook. Currently, all the videos on his Youtube channel have been deleted. His Facebook and Youtube accounts were said to be under the control of public security. 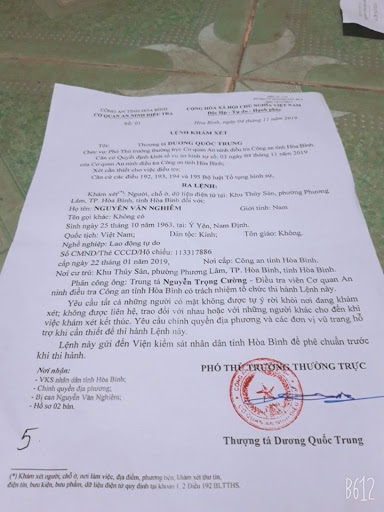 An order to search the house 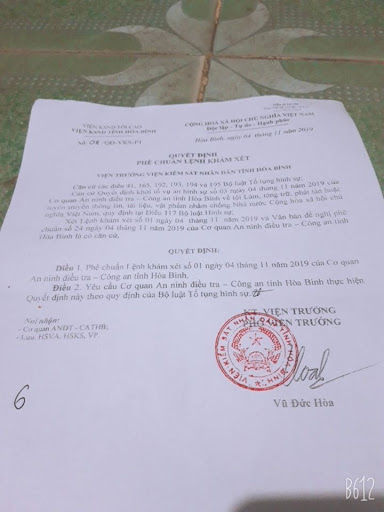 A decision to search the house 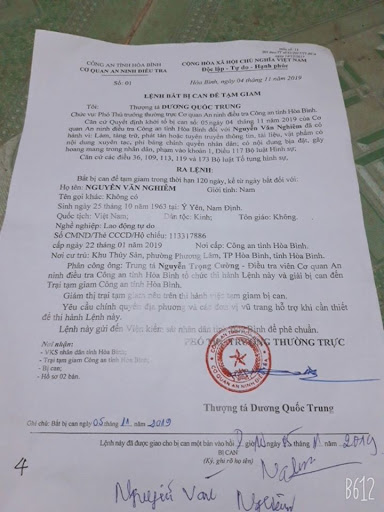 An order on Nghiem's arrest for temporary detention 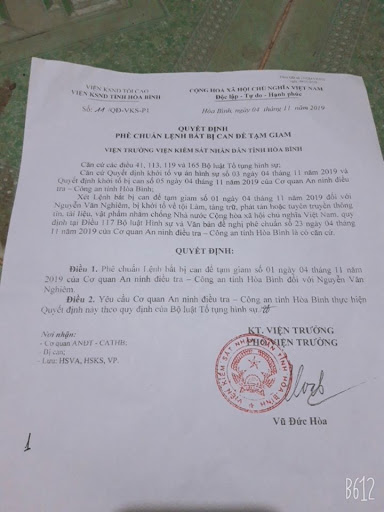 A decision on Nghiem's arrest 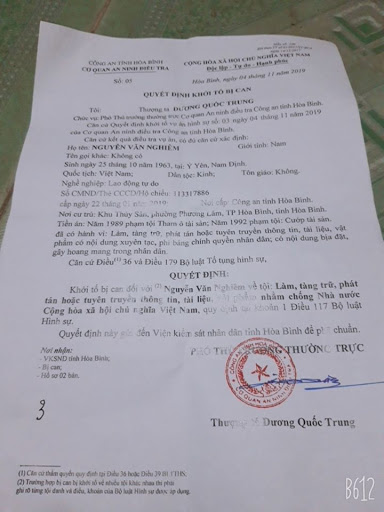 A decision on Nghiem's prosecution 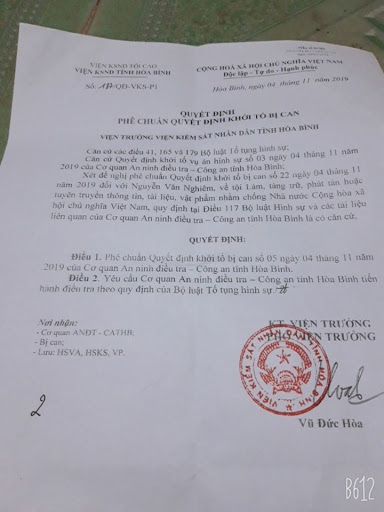 A decision on Nghiem's prosecution 2 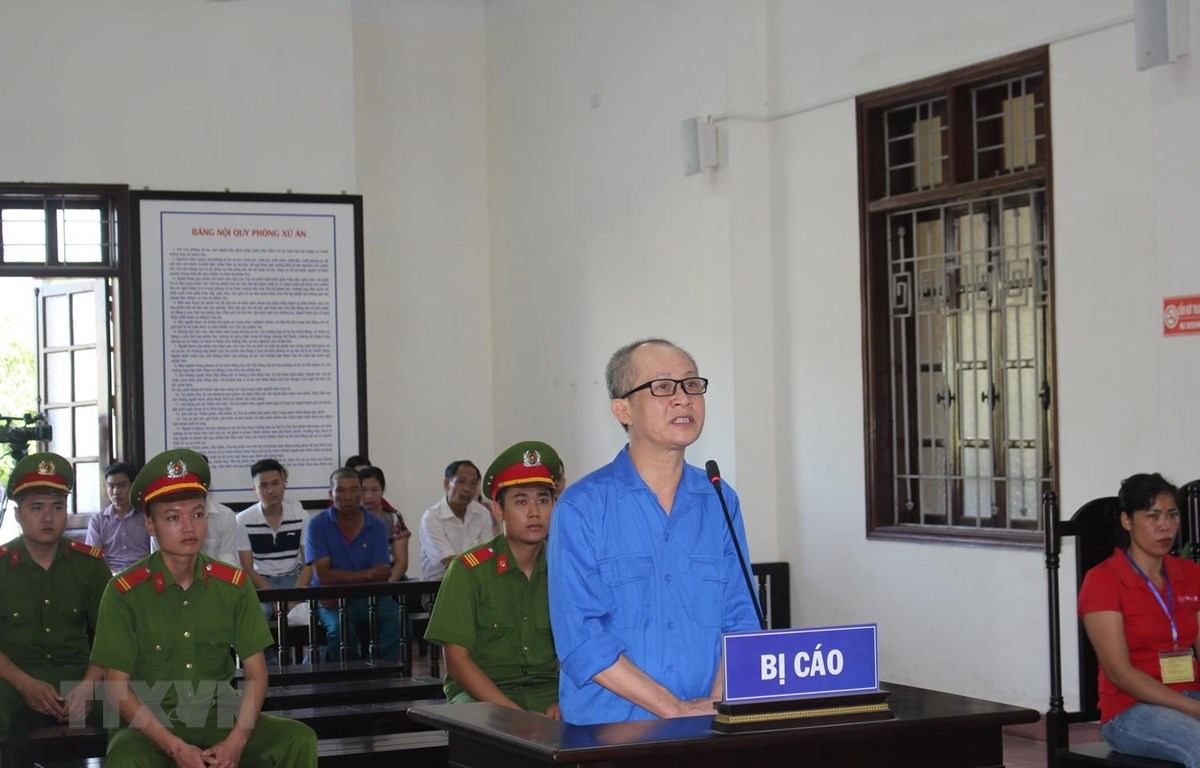