On September 17, 2019, the state-owned newspaper Nguoi Lao Dong announced the complete indictment (article in Vietnamese) against Truong Duy Nhat. According to the indictment, Nhat signed papers to send to the People’s Committee of Da Nang city to buy a house in the center area of the city as a public asset to make it a representative office of the Dai Doan Ket newspaper. The People’s Committee of Da Nang city made a decision to sell the public asset at the address of 82 Tran Quoc Toan street, Hai Chau district, Da Nang city to Dai Doan Ket newspaper. Also according to the indictment, after getting the decision, Nhat had businessman Phan Van Anh Vu transfer the money to the state budget on the behalf of Dai Doan Ket newspaper, with the condition that the house would be in Vu's possession. Thus, it is alleged that Nhat abused his position at Dai Doan Ket newspaper to help with a fraudulent purchase of land, resulting in the state budget losing 300 million at the time, July 2004, which is equivalent to 13 billion VND as of the discovery date of April 17, 2018. Nhat is behind bars for the second time after being kidnapped by Vietnamese security agents in Thailand in January while attempting to seek asylum there. Nhat allegedly left Vietnam for Thailand after he found out that he faced risk of re-arrest. Some say Nhat potentially had information that could be damaging to the Vietnamese Prime Minister. He was also in prison from 2013-2015 for the contents of his blog, "A Different Viewpoint."

We wrote analysis of the indictment here, including how Nhat's case raises questions regarding Vietnamese land law and why the charge against him is politically-motivated.

Truong Duy Nhat's current lawyer, Dang Dinh Manh, told Radio Free Asia that the authorities might intentionally put up barriers for Manh in his process of trying to defend Nhat. Manh reported that authorities are trying to move the venue of Nhat's trial from Da Nang province to Ha Noi, which he argues is illegal. Authorities also forced Manh and Nhat to reschedule a planned meeting.

Truong Duy Nhat worked as a journalist for state-run media before leaving to start his own blog, “A Different Viewpoint” (Một Góc Nhìn Khác). In 2013, he was arrested for this blog, which often featured content critical of the state, and was later sentenced to two years in prison on charges of “abusing democratic freedoms” under Article 258 of the 1999 Criminal Code. He was released in 2015. Prior to his most recent arrest, he had recently been working as a Vietnamese-language contributor for Radio Free Asia.

January 26, 2019: kidnapped from Thailand after attempting to claim asylum

Former political prisoner Truong Duy Nhat went missing on January 26, the day after he attempted to claim asylum status in Thailand after fleeing Vietnam in the weeks prior. Some sources say he was abducted from a popular mall in Bangkok.

Nhat allegedly left Vietnam for Thailand after he found out that he faced risk of re-arrest. Some say Nhat potentially had information that could be damaging to the Vietnamese Prime Minister and feared that Nhat was abducted by Vietnamese agents. Thai officials said they did not have a record of Nhat’s entry into the country but were investigating his disappearance. Truong Duy Nhat’s wife, Cao Thi Xuan Phuong, appealed to the Vietnamese government and international community for help in finding her husband.

After being missing for almost two months, Truong Duy Nhat was later located -- in prison in Vietnam. His family confirmed on March 20 that he was indeed arrested and brought back to Vietnam; he was put in jail on January 28, after attempting to seek asylum in Thailand just days prior, and is currently imprisoned at T16 temporary detention facility in Hanoi.

It is now believed that Thai authorities assisted Vietnam in the kidnapping of Truong Duy Nhat in January, according to information obtained by Amnesty International. Nhat was attempting to seek asylum in Thailand, when he was abducted and returned to Vietnam. This is indicative of a larger pattern of cooperation between Asian authorities to detain and deport activists in coordinated forced disappearances. Local officers detained Nhat and stayed with him for a few hours before driving him to meet with Vietnamese officials.

After being missing for almost two months, Truong Duy Nhat was later located -- in prison in Vietnam. His family confirmed on March 20 that he was indeed arrested and brought back to Vietnam; he was put in jail on January 28, after attempting to seek asylum in Thailand just days prior, and is currently imprisoned at T16 temporary detention facility in Hanoi.

His wife attempted to meet with him there but was refused a visit. Some observers allege Vietnam violated its own law in arresting Nhat -- they did not inform the family of the arrest nor issue an arrest warrant.

Authorities denied Truong Duy Nhat supplies. Nhat, a blogger and former political prisoner, was kidnapped from Thailand in January where he was attempting to seek asylum, and was later located in prison in Hanoi. Nhat's wife, Cao Thi Ngoc Phuong, and writer Xuan Nguyen Pham attempted to visit Nhat on April 22 but were barred from seeing him and could only leave some money for him, not supplies. However, in March, his wife was able to leave some supplies for him. A prison official told them that there was an order prohibiting them from sending supplies. She tried to investigate the matter further, but could not obtain more information about that order.

The Ministry of Public Security opened up a case against Truong Duy Nhat for an alleged "fraudulent purchase of land." Police also searched Nhat's house. The search warrant was reported to be dated from January 16. Nhat was arrested on January 28.

On July 23, 2019, Mrs. Cao Thi Xuan Phuong, Truong Duy Nhat’s wife, went to see her husband at T16 prison in Hanoi. Nhat’s younger sister, Cuc, took a flight with her from Da Nang to Hanoi to visit as well. However, at the prison entrance, Cuc was stopped by the officers because the official invitation only named Phuong as a visitor. However, Phuong had signed a document at a previous visit requesting that Cuc be able to visit as well. During the meeting, Nhat told his wife about a change in his charge. He was earlier charged with “abusing position, authority to obtain public property,” but now the investigation police department is charging him with “abusing position, authority while in office,” due to their inability to charge him in an alleged case of land fraud. He denies all charges.

On August 8, 2019, the Department of Police Investigation announced that Truong Duy Nhat allegedly abused his position at Dai Doan Ket newspaper to help with a fraudulent purchase of land. His action is alleged to have made the state budget lose 13 billion VND. Earlier in the year, he was charged with “abusing position, authority to obtain public property,” but authorities changed the charged to “abusing position, authority while in office,” due to their inability to prove the property embezzlement act. He denies all charges against him.

On August 28, 2019, lawyer Ngo Anh Tuan met (story in Vietnamese) with Truong Duy Nhat at T16 detention prison for the first time since Nhat's arrest. Tuan told Radio Free Asia that he went to see Nhat on August 26 but the guards didn’t allow the meeting to take place without the presence of investigation officers. Tuan returned on August 28 to meet Nhat under the presence of an investigation officer. Nhat was reported to be in good spirits, but the prison has been prohibiting the receipt of food from his family. Regarding the charge against him of “abusing position, authority while in office” (Art 356 of the 2015 Criminal Code) for his alleged involvement in a land fraud case, he said that the charges are unfounded and that he only followed authorization from others. Authorities have ended their investigation into Nhat and have recommended the case for prosecution. Nhat asked the authorities to return his personal assets, which were taken in Bangkok, Thailand. He asked Tuan to take pictures and save all the articles related to his case to read later and to bring him three law books.

Once he was located, several human rights groups called for clarity in the case, as well as for Nhat's current status and his immediate release, and information on any possible role that Thai authorities played in the alleged abduction.

Twenty-five members of the US Congress sent a letter to the US Secretary of State urging the US to press for better protections for freedom of expression in Vietnam, citing Vietnam's obligations under the International Covenant on Civil and Political Rights. The letter highlighted the cases of imprisoned journalists Nguyen Van Hoa and Le Anh Hung and blogger Truong Duy Nhat.

Amnesty International released an Urgent Action for Truong Duy Nhat, who was forcibly returned to Vietnam while attempting to seek asylum in Thailand. They called on Thai authorities to investigate his kidnapping, which they are now believed to have assisted in facilitating.

On June 25, 2019, the OHCHR Asia made public a joint communication to the Thai and Vietnamese governments on Truong Duy Nhat and Bach Hong Quyen, in which UN human rights experts expressed concerns about the two activists’ arbitrary arrest, in particular, the arbitrary arrest, enforced disappearance, and subsequent forced repatriation of Truong Duy Nhat, and the surveillance and intimidation of Bach Hong Quyen. The communication can be read here.

The One Free Press Coalition of media organizations released their updated list of The 10 Most Urgent Press Freedom Cases Around the World. On the list, they named Vietnamese blogger and former political prisoner Truong Duy Nhat. Nhat was kidnapped, allegedly with the help of Thai forces, while trying to claim asylum in Bangkok in January; he was missing for several weeks and later located in prison in Hanoi.

Vietnam Broke Its Own Laws in Arrest of Blogger Spirited from Thailand-Experts, Radio Free Asia, March 22, 2019

The 10 Most Urgent Press Freedom Cases Around the World, Fortune, August 1, 2019 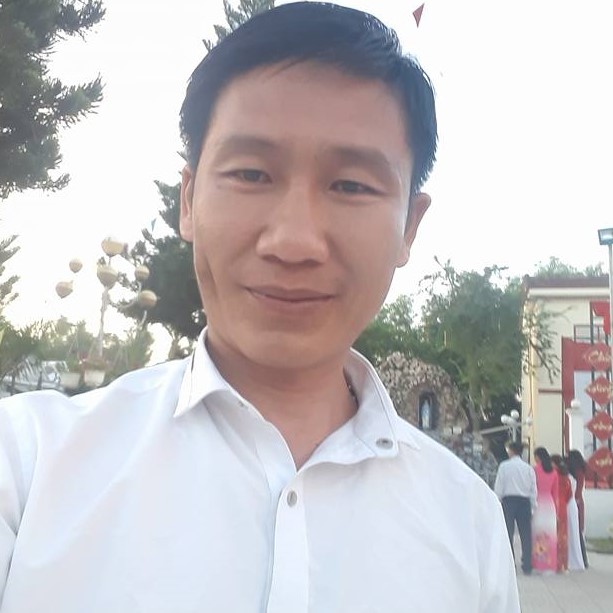