Political prisoner Le Trong Hung (pictured above), sentenced on New Year’s Eve 2021 to five years in prison, was forced to attend an appeal trial without his consent and with no lawyers present. Hung was an independent journalist for four years at Chen Hung Viet Nam TV (CHTV), a social media TV channel, where he focused on supporting land petitioners and disseminating information to the public.

In early 2021 Hung tried to run as an independent for a seat in the National Assembly. He was arrested in March 2021 and charged with “anti-State propaganda” according to Article 117 of the Criminal Code.

Do Le Na, Hung’s visually impaired wife, told RFA she was not aware that the appeal trial was to take place on April 19. Consequently, she did not have a chance to alert Hung’s three lawyers, one of whom, Ha Huy Son, said that Vietnamese law does not require the State to notify family members when a trial is scheduled.

However, many families say they can always sense something is afoot anytime they see plainclothes police hanging around their homes for surveillance. But Na said she didn’t see anything that day because she was indoors the whole day. She told RFA:

“On April 19, I didn’t have any business to go outside so I didn’t know that we were being watched. But around 11am, when my son came home from school, he said there were men guarding our house.

After my son and I had lunch, I got a text message from one of Hung’s friends asking me if today was Hung’s appeal trial.”

Hung’s friend told Na that his house was also under surveillance, and that one of the men told him the reason was because of Hung’s trial. Upon learning this, Na began searching the internet for some news about the trial but she could not find anything.

It wasn’t until April 22, when she went to Prison No.1 in Hanoi to find out what was going on, that prison officials confirmed to her that Hung indeed had an appeal trial on April 19 and that his sentence was upheld by the court. Na said she was very angry upon learning this but was also told she would be allowed to visit Hung, for the first time since his arrest on March 27, 2021, in a few days.

After the visit, Na described the emotional meeting on her Facebook page:

“This morning, after 389 days apart, Tu Dinh Huong (her Facebook name) was allowed to visit Le Trong Hung in Prison No.1 in Hanoi, together with his 79-year-old mother. The visit went smoothly. I’d like to summarize it here for you:

Healthwise he was doing fair. His vision was still having some issues (not better, not worse). He had been injected with Russian Covid vaccines, after which his hearing deteriorated a little bit.

Inside prison: He shares a cell with 34 other prisoners of all social stripes and professions, even some security police and local policemen. In general, he treated everyone kindly and was treated nicely in return. Except one time he had some things stolen and insisted that the thief return his property because Hung knew who the thief was and why he did it.

About the appeal trial on April 19: Hung said he was kidnapped and taken to the courthouse. He strongly protested the illegal act but they didn’t care. And so, when it came time to make his statement in his defense, Hung did not care to make one and just let them do whatever they wanted. Since the prison guards kept reminding us not to ask Hung about the trial or they would have to cut short our visit, that was all we were able to learn.

Hung especially wanted to know what was happening to Pham Doan Trang, Nguyen Thuy Hanh and several other political prisoners. He also mentioned that his room is only two doors down from where Le Dung Vova was being held. They crossed paths every day and always tried to cheer each other up.

The biggest regret is that Bao An and Bao Minh were not allowed to see their father; they have been missing him so much.” 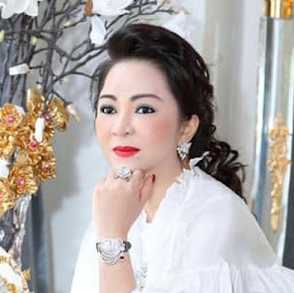 How environmental activists fare in Vietnam
Scroll to top