On November 15, 2019, a court in Nha Trang City convicted attorney Tran Vu Hai of tax evasion in what many observers say was a highly political trial.

Tran Vu Hai is one of the few lawyers in the national association of 13,000 members that actively provides legal protection for human right activists, as well as participates in many other legal campaigns against injustices, land evictions, and wrongful convictions in Vietnam. On July 2, the investigative police division of the Public Security Department of Khanh Hoa Province charged Hai with “tax evasion.” No arrest was made, but a search warrant was issued and police carried out a search of his office and took away a large amount of materials not related to the case. These materials included the dossiers of multiple important cases, such as the case of Truong Duy Nhat. Hai had previously tried to represent Nhat, a well-known dissident blogger, after Nhat was kidnapped from Bangkok in January 2019 and forcibly returned in Vietnam, where he now awaits trial.

On the morning of November 13, 2019, the day Hai’s trial began, he published a press release on his Facebook account to inform the public about his trial and several points of the case. Hai asserted again that he was the buyer in the transaction in which the alleged tax evasion occurred and therefore cannot be considered the perpetrator of a tax evasion crime as regulated in the 2015 Criminal Code. Moreover, the tax authority of Nha Trang Province also completed all necessary procedures to collect taxes and other financial obligations from the land seller. The tax authority themselves did not request that the public security in Nha Trang investigate suspicious tax evasion activities. The trial, hence, can be seen as a politically-motivated incident. 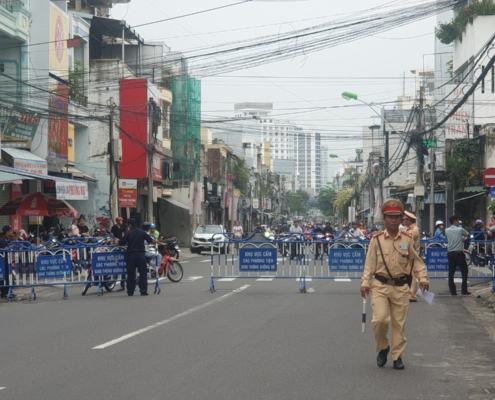 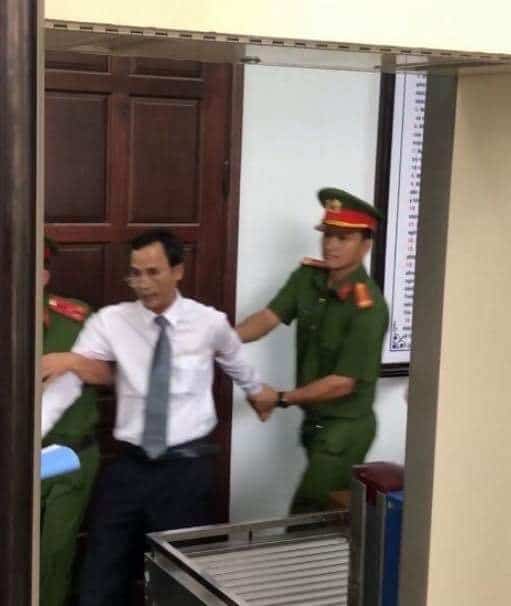 The motive is also reflected in how the public security forces in Nha Trang banned the public from approaching the court during the trial. Before the trial began, most of the representatives of official news outlets and journalists were also barred from entering the courtroom. On the second day of the trial, November 14, attorney Nguyen Duy Binh was forcefully escorted out of the courtroom for merely asking one of the defendants whether she had petitioned for five other lawyers to represent her and whether the Court had denied her request. Binh was also detained for a short period of time at the office of the public security force of Phuoc Tan ward.

On the third day of the trial, the lawyers presented strong evidence in defense of Tran Vu Hai. A record of the defense arguments from attorney Tran Dinh Trien was quickly shared online to highlight many problematic aspects of the case, including: (1) the tax authority repeatedly said that they had completed all taxing procedures and requirements concerning the transaction. They also asserted before the Court that there was no evidence of tax evasion; (2) The “main perpetrator” of the crime, Ms. Hanh, was not subject to a search of her home, but somehow both the office and home of Tran Vu Hai were extensively searched by public security forces, and many unrelated documents were taken; and (3) The procedures of appointing the auditors and the experts to examine the technological aspects of the alleged tax evasion were suspicious and could have been unlawful. However, after several hours, the Court still convicted Tran Vu Hai and his wife, Ngo Tuyet Phuong, of tax evasion. When the defense lawyers requested to review the trial record, the entire building suddenly “lost power.” Hai and is wife are both subjected to a fine and 12-15 months of house arrest.

While Hai and his wife are likely to appeal, the first instance trial and its developments show that the Vietnamese government’s promises to strengthen judicial independence and the quality of the justice system remain unfulfilled. With the unprecedented support of dozens of lawyers, an extremely weak accusation against him, and clear political motives behind the indictment, if attorney Tran Vu Hai can still be found guilty, there is no realistic way in which other defendants can protect their legitimate rights and interests before this judicial system, especially those who are accused of political crimes. In fact, on the same day that the Court convicted Hai, a court in Nghe An province sentenced music teacher Nguyen Nang Tinh to 11 years in prison for his Facebook posts, on the charge of conducting propaganda against the state under Article 117 of the 2015 Criminal Code. And just hours prior, activist Thao Dinh was detained and interrogated for hours at the airport in Hanoi upon her re-entry into Vietnam after several years away from the country working with Vietnamese civil society. We call on the international community to share the news of these incidents and demand that the Vietnamese authorities immediately release Tran Vu Hai, Ngo Tuyet Phuong, and Nguyen Nang Tinh.