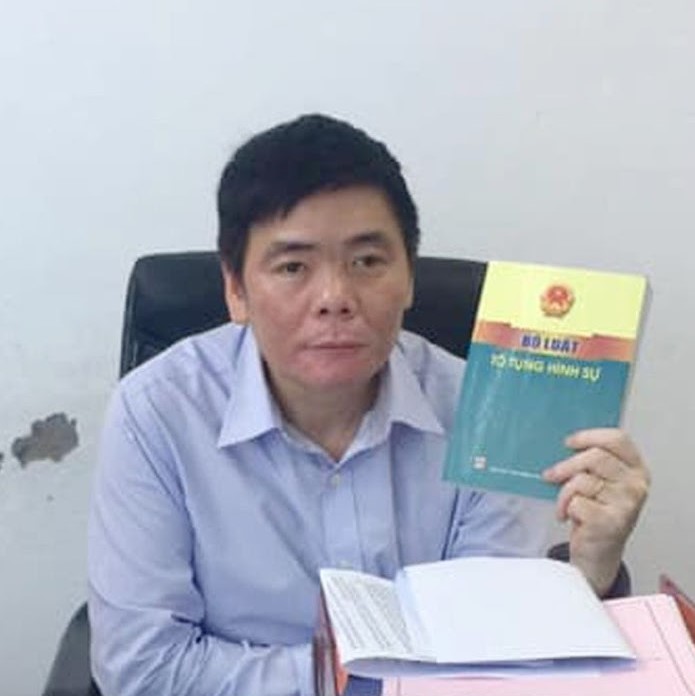 On February 21, 2020, the People's Court of Khanh Hoa Province denied lawyer Tran Vu Hai and his wife Ngo Tuyet Phuong's appeal of the one-year house arrest sentences for tax evasion. The tax authority itself did not request that the public security in Nha Trang investigate suspicious tax evasion activities. This, combined with the fact that Hai had previously agreed to represent dissident blogger Truong Duy Nhat, leads many to believe that the charges against them are politically-motivated. After the appeal trial, Hai posted on his Facebook page a summary of his 60-minute final statement before the trial, in which he detailed the 10 abnormalities of his case.

Tran Vu Hai is one of the few lawyers in the association of 13,000 members that actively provides legal protection for human right activists, as well as participates in many other legal campaigns against injustices, land evictions, and wrongful convictions in Vietnam.

--One of eight lawyers representing death row inmate Huynh Van Nen. Nen  was proven innocent, and the case became one of the textbook cases concerning wrongful conviction in Vietnam.

--Representing Doan Van Vuon in the contentious land rights case where farmer Vuon had to resort to armed violence to protect his land against the unlawful armed eviction involving the use of the State’s army.

--Currently in the group of lawyers representing the residents of Vegetable Garden Lộc Hưng in a forced eviction attracting national attention.

--Hai is currently trying to represent another high-profile political dissenter Truong Duy Nhat. However, after the accusation of tax evasion in 2019, he was denied the role.

--Providing legal counsel and acting as the meditator in the most direct and dramatic land grab conflict in recent decades in Vietnam, between Dong Tam villagers and Ha Noi authority, where the villagers had to take 38 hostages, including police, after an influential octogenarian was publicly beaten by security and evicting forces.

--Providing legal counsel to the residents of Dong Yen parish to claim damage after the infamous Formosa environmental disaster.

He is also known as an outspoken critic of local and central governments in Vietnam.

Hai’s wife, Ms. Ngo Tuyet Phuong, is currently confirmed to be considered an accomplice in the same case in which he is charged.

July 2, 2019: under investigation for tax evasion

On July 2, the Investigative police division of the Public Security Department of Khanh Hoa Province charged attorney Tran Vu Hai, a prominent lawyer in Vietnam, with “tax evasion.” No arrest was made, but a search warrant was issued and police carried out a search of his office and took away a large amount of materials not related to the case. These materials included the dossiers of multiple important cases, such as the case of Truong Duy Nhat.

While no arrest has been made, the act of seizing unrelated documents and on-going case dossiers was indeed questionable. According to Hai, many of his documents relating to the case of blogger Truong Duy Nhat, who was arrested after being kidnapped from Thailand while attemtping to seek asylum there, have been arbitrarily taken. The company’s safe was also seized.

Hai was not at his office when the search first initiated. His request that attorney Ngo Anh Tuan be able to observe the search was also denied by the public security forces.

On July 3, Tran Vu Hai announced on his personal Facebook account that he was going to take a break from work, to rest, read, and resolve the issue together with his family.

Authorities have recommended lawyer Tran Vu Hai and his wife Ngo Tuyet Phuong for prosecution under charges of tax evasion under Article 161 of the 2015 Criminal Code. Two others have also been implicated in the charges in what was allegedly a fraudulent property transaction. In July, police issued a search warrant of Hai's office and took away a large amount of materials not related to the case. These materials included the dossiers of multiple important cases, such as the case of Truong Duy Nhat. Hai is a well-known human rights lawyer, leading many to believe that the charges against him are politically-motivated. The Ministry of Public Security recently refused Hai's request to represent Truong Duy Nhat at trial.

Also on November 15, human rights lawyer Tran Vu Hai and his wife, Ngo Tuyet Phuong, were convicted on charges of tax evasion. They will have to serve 12-15 months of house arrest. The tax authority themselves did not request that the public security in Nha Trang investigate suspicious tax evasion activities. This, combined with the fact that Hai had previously agreed to represent dissident blogger Truong Duy Nhat, leads many to believe that the charges against Hai are politically-motivated. Before the trial began, most of the representatives of official news outlets and journalists were barred from entering the courtroom. On the second day of the trial, November 14, attorney Nguyen Duy Binh was forcefully escorted out of the courtroom for merely asking one of the defendants whether she had petitioned for five other lawyers to represent her and whether the Court had denied her request. Binh was also detained for a short period of time at the office of the public security force of Phuoc Tan ward. With the unprecedented support of dozens of lawyers, an extremely weak accusation against him, and clear political motives behind the indictment, if attorney Tran Vu Hai can still be found guilty, there is no realistic way in which other defendants can protect their legitimate rights and interests before this judicial system, especially those who are accused of political crimes. Read our full report on the trial here.

The Ha Noi Bar Association and over 100 lawyers across the country took action for Tran Vu Hai. The unity in supporting Hai shows a strong concern of lawyers in Vietnam about their future practices if the public security forces can do whatever they want to hinder the participation of lawyers in criminal cases.

More than 50 lawyers also signed a petition asking for an investigation into the actions and charges against Hai. The petition was sent to 12 organizations and leaders of Vietnamese government on July 15, 2019. 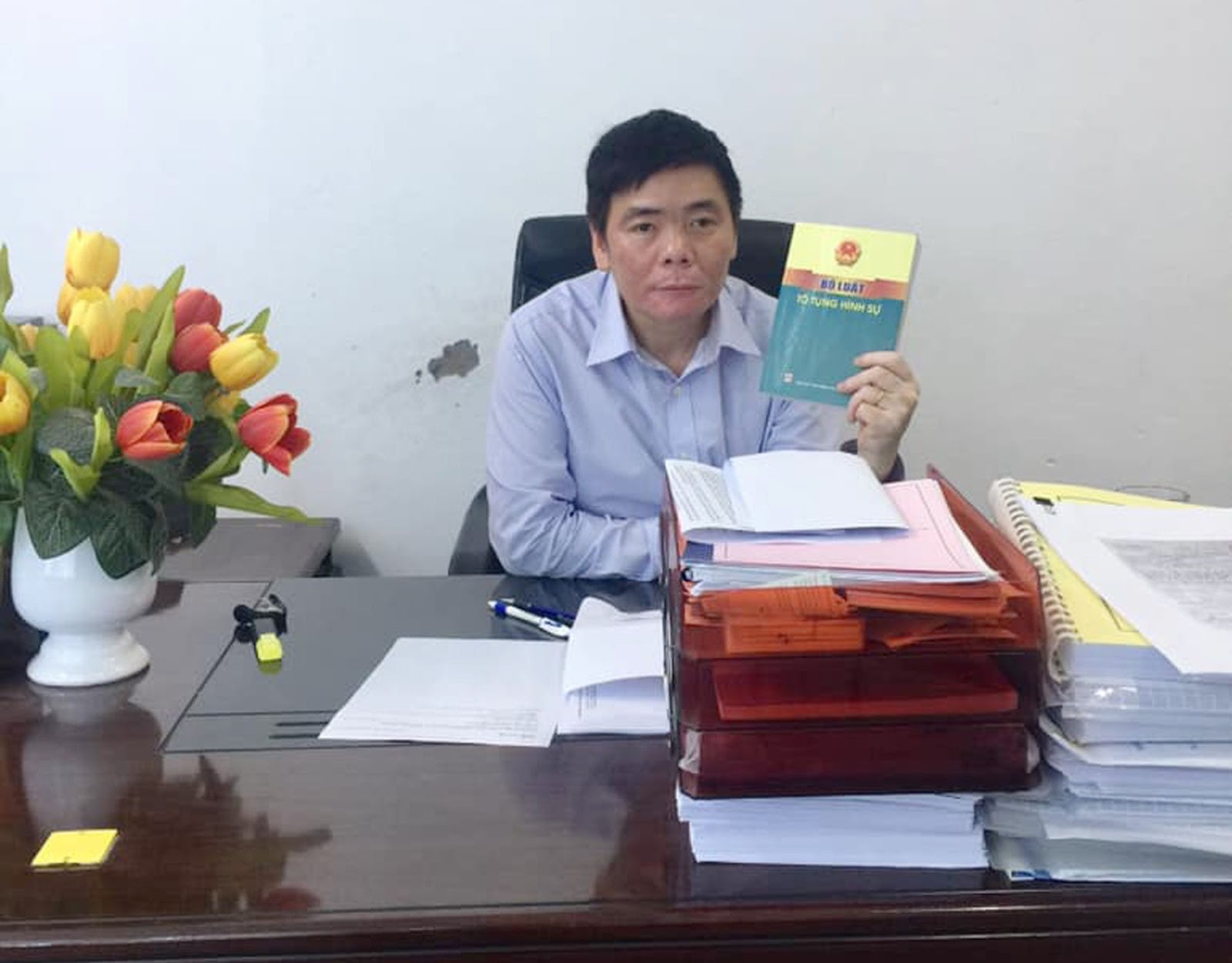 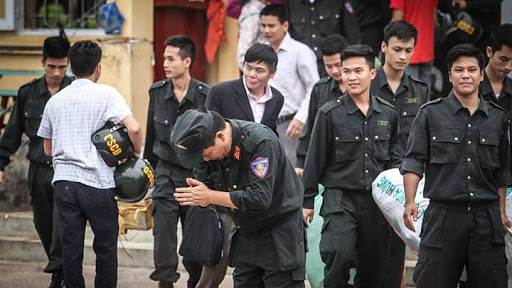 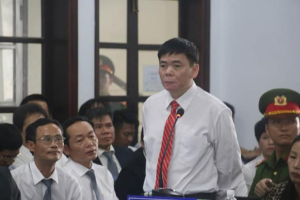