On December 16, 2021, long-time activist and former political prisoner Do Nam Trung was given a 10 year prison sentence for conducting “anti-State propaganda,” bringing the total number of Article 117 victims to four in just three days — a new record. Out of the four people tried in the same week– Pham Doan Trang, Trinh Ba Phuong, and Nguyen Thi Tam– Trung’s back story is the least well known. The following information was provided by Nguyen Thi Anh Tuyet, Trung’s fiancé, shortly after his arrest on July 6, 2021. It has been not updated with events that have happened since then and is published with Tuyet’s permission.

Born in 1981 in Nam-Dinh Province, Do Nam Trung is the older of two children. He has a sister two years younger in age. For financial reasons, Trung was not able to go to college after high school. Instead, he went to driving school and became a driver. In 2003, he went to Hanoi to drive bike taxis, work odd jobs at restaurant etc. By 2006 he found a job driving for the Hoang Long passenger bus company which serviced the main North-South route.

Trung was doing fairly well until one day in 2010 his bus was struck head on near Binh-Thuan by a drunk driver on a motorbike. Investigation later revealed that the man wanted to commit suicide after his family discovered he was having an affair. Nevertheless, Trung was arrested and temporarily detained in Binh-Thuan. After a long period of negotiation, Trung and the man’s family agreed to settle without filing any charges, under the condition that Trung must pay that family 70 million dong (about $3500 USD). Trung’s family had to borrow money to pay for the restitution. But one of the police officials kept pressuring Trung’s family, insisting that Trung had committed a crime and must be charged. In January, 2011, a court convicted Trung and sentenced him to nine months in prison. Trung’s appeal failed and he ended up serving time for “violations while operating a motor vehicle.”

While in jail, Trung had time to think about his wrongful conviction and about Vietnam’s justice system. After he got out, Trung began to look into the lack of justice in Vietnamese society. He gradually became an activist who wanted to expose what was wrong with society. No longer content with simply making a living, Trung became concerned with politics, pollution, destruction of the environment, cutting of green trees, BOT toll roads, the healthcare system, the schools…

In the period between 2012-2014, Trung joined street protests against China in Hanoi and Saigon (as a bus driver, he would use his days off to participate in the protests in the South). He was followed around by police who would try to prevent him from participating by hiring thugs to attack the crowd. More than once Trung was rounded up, taken to the police station and beaten.

In May 2014 Trung was arrested a second time while videotaping a demonstration against China in Dong-Nai Province. Two other activists (Pham Minh Vu and Le Thi Phuong Anh) were also arrested on this occasion. In February 2015 Trung was convicted of “abusing democratic freedoms” and sentenced to 14 months in jail. The other two people also got one year of prison each.

Between the time he was released from jail in July 2015 until the year 2018, Trung was not able to work due to harassment against his employer by security police. After he got laid off, Trung had a hard time finding a job because of police pressure. Nevertheless, Trung continued his activism.

He participated in campaigns to promote human rights and to protect human rights defenders. In 2016, he joined demonstrations against the Formosa environment disaster. In 2018, he marched against the passage of the Cybersecurity bill and the Special Economic Zone bill. Along with Dang Thi Hue and Ha Van Nam, Trung protested against the BOT toll roads and exposed government corruption via social media.

In October 2019, Trung was invited by Frontline Defenders to attend a conference on human rights in Ireland. He made a presentation on the situation in Vietnam, describing the human rights violations committed by the authority and the conditions of political prisoners such as Ha Van Nam and Tran Thi Nga.

Trung became a frequent target of security police. He was often harassed online by the state-run army of cyberthugs. Under pressure, Trung gradually reduced his online activities and commentaries. More recently, Trung has turned his focus to charity work such as helping the handicapped and the elderly, the poor and the homeless, delivering food to people under quarantine or lockdown in Hanoi…

In July, 2020, he applied for a job at a trucking company and started to work earnestly as a truck driver. Within the past year, he has focused more on working and less on activism. He was living with his fiancé Nguyen Thi Anh Tuyet in Hanoi when he was arrested in July, 2021. The following is her account of the morning Trung was arrested:

“It was around 8 AM, July 6. There were loud, banging noises below my floor. I was still in bed at the time. I came out and saw about two dozen policemen entering my home. Before I could tell what was happening, they said they needed to search my house, but I refused to let them. They then told me to go down to the first floor to do the paperwork for the search. By then they had already disabled all internet and phone connections as well as the security cameras. They also set up a signal scrambler. After that they began searching, from the 3rd floor where my son’s room was. They looked through all the stuff in his room, they even took away his PC and a small box containing bad SIM cards that I had kept for a long time, a case containing two bad memory cards. Once done with his room, they went down to the second floor to search the master bedroom. They took from there a number of documents including Trung’s birth certificate, his proof of residency, and some of his papers in English.

Afterwards, they went down to the first floor to write up a report with the list of items they took and asked me to sign it. I refused to, so they asked the neighborhood group leader to sign it. After that, I asked them to show me the search and arrest warrant for Trung, which they did and I read it.

All this took place right after Trung had left the house. I asked them how he was arrested. They told me that they arrested him on his way to work and had impounded his motorbike as well.”

Currently, Trung’s mother is in Hospital 108. She was taken there in an emergency at the time Trung was arrested, on the morning of July 6. She still is not aware that her son was arrested by Nam-Dinh police. Meanwhile, Trung’s father is living alone and doesn’t know, either. Trung’s only sibling, his younger sister, has taken off from work to take care of their mother at the hospital. As a truck driver, Trung is rarely at home so he can’t be near to help his parents much. He doesn’t own a home and was renting.

Tuyet has received the court’s notice that Trung was being temporarily detained for four months by Nam-Dinh police. The police have not given any specific reasons for holding him other than a generic statement saying that Trung had violated Article 117 of the 2015 Criminal Code for “anti-State propaganda.”

Tuyet has come to detention center Bat Di – Vu Ban in Nam-Dinh where Trung is being held, but officials there did not let her give him anything, even food — due to Covid, they insisted. She could only deposit some money into Trung’s prison account. 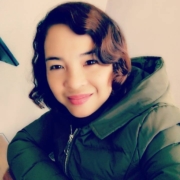 From Le Huu Minh Tuan’s sister: please speak out forcefully for their...

The Picture of Freedom of Expression in Vietnam; Could It Be Any Darker?
Scroll to top
Our Spring Sale Has Started