Take action with Amnesty International in calling for the release of political prisoner Doan Thi Hong. She has been detained for over a year without trial, and when her family was finally able to visit her on September 4, 2019, they reported that her health had notably declined. Hong was arrested on September 2, 2018 and charged with “disrupting security” under Article 118 of the 2015 Criminal Code. She has a young child and is a member of the Hien Phap group, which aims to educate people about their constitutional rights. Hong and other members planned to call for a peaceful demonstration on September 4, two days prior to their arrest, to raise their voice on social issues, including human rights violations, corruption, territorial disputes, and environmental pollution.

Click here to take the action for Doan Thi Hong. 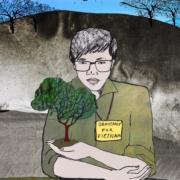