Mr. Tran Huynh Duy Thuc is one of the most prominent political dissenters in Vietnam and has a comprehensive political reform vision for the country.

He is an engineer and entrepreneur from Ho Chi Minh City. He founded EIS, a successful Internet phone service company in Vietnam with two branches in Singapore and the U.S. It was the first Vietnamese company to invest in high technologies abroad. Thuc founded the Chan research group to study the economy, politics, and society of Vietnam and some other countries. He blogged about social, political, and economic issues in Vietnam under the pen name Tran Dong Chan.

2019 marks 10 years of Thuc’s 16-year imprisonment sentence, an absurd amount of prison time used to punish an intellectual and a successful business professional who cares for and fights for his own country. November 29, 2019 was Thuc’s 11th birthday spent in prison. The 88 Project had the opportunity to interview Ms. Tram Tran, Mr. Tran Huynh Duy Thuc’s daughter, to learn more about his current condition, his well-being, and the possible appellate procedure that the family and Mr. Thuc have been pursuing. 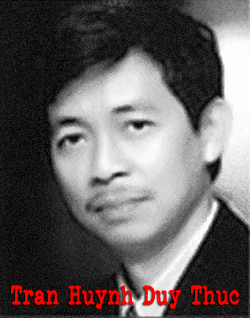 Currently, my father’s health is still stable. Even though he is in prison, he still tries to exercise, follow a vegetarian diet, and eat moderately in order to stay healthy. At one time, the time my father is allowed to spend outside of the cell and the time he is allowed to use electricity was reduced, so he did not have enough lighting for reading. But my family sent complaints and fought along with my father so that he could use a battery-operated flashlight to read books and to spend time outside. Thanks to the constant attention and voice of the community at home and abroad, now he has been able to use his flashlight and be outside his cell for the time allowed by the law. However, my father is still facing a lot of difficulties that hinder his mental wellness. Since 2018, my family has no longer received my father’s letters, and we have also been having a lot of difficulty in sending him letters. My family has been sending official complaints about these obstructing behaviors, although the authorities have not satisfactorily resolved them. This also made my family concerned about my father’s health and spirit when he is detained in such isolation.

Regarding the access to outside information, the prison rules still allow my father to watch three official news channels and read official newspapers during his daily activities time. In addition, my family has still been trying to buy more newspapers and books to send regularly to my dad in the monthly parcels. Every month, my father is allowed to call home for about five minutes, and everyone in the house tries to quickly update him the situation outside, then asks about each other’s health, but cannot exchange much more. Morever, to reduce the cost of visiting my father every month, since August my father has told the family to only visit when he asks for it in his monthly call. So, in addition to the official news channels and newspapers provided by the prison, and the monthly call, the family has no other channel to communicate to and update information for my father more often. So, in recent times, the family has not had the opportunity to know his comments about the situation of increasing persecution these days.

However, a long while ago, my father told the family that in 2019 the anti-Chinese movement will take place strongly and loudly. And up to the present time, people have seen that it is happening with the typical example of the current struggle in Hong Kong. He said that facing this present time, one cannot help but feel insecure and discouraged. But Vietnamese people who lost hope should keep their faith. This moment in time is like the freezing point – at 0.99oC the water still looks like water, but as soon as the temperature reaches 0oC, it will freeze immediately. The change of the world will happen in the same way. 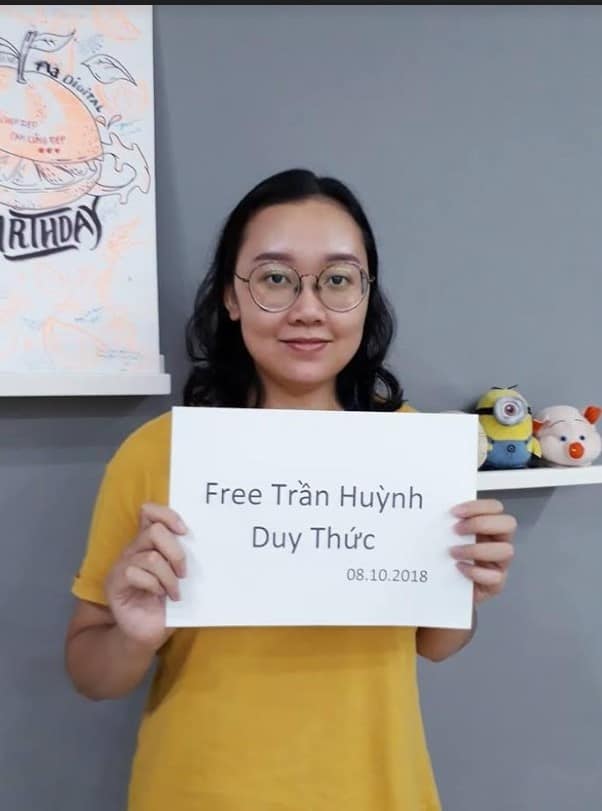 From the end of 2018 until now, letter communication between my father and the family has been repeatedly intervened in and restrained by the prison management. Before that, he could write letters and attach them with several commentaries and articles concerning the political conditions of Vietnam and the world.

However, in July 2018, when the authorities found out that these letters contained his opinions and ideas, they quickly intervened, unlawfully read the letters prior to postage, and reportedly destroyed every one of them. Not long after that, even letters that only concerned family matters were intentionally prevented from being sent. The family has repeatedly filed complaints to the postal agency and the prison management, but they denied any involvement, asserting that they sent every letter, and that these are just “lost.”

Moreover, even letters and parcels that the family sent to Mr. Thuc were also subjected to heavy scrunity. The authorities opened the packages and read every information in the letter or the parcel. Most were returned and accused of being not in accordance with prison’s regulation, which is ironic, since they unlawfully opened and read any letters of my father sent in or out. Letter communication used to be the most important form of communication between my father and the family. Many of his observations and opinions were well-received by Vietnamese public.

Since being repeatedly harassed, the family had to abandon this method of communication. The lastest authority involved in the matter – the People’s Procuracy of Nghe An – responded in a very neglectful and unsatisfactory manner.

As for prison visits, there were times when we could freely discuss economic and political issues, but it is subject to the discretion of the prison authority. They can interrupt the conversation at any time. And if our family made a complaint on the spot, they threatened to stop the meeting immediately. We undertand that this is an arbitrary and unlawful intervention, so we try our best to use existing remedies to make sure that our meeting and conservations cannot be heard and interrupted by the correction officers anytime they want.

The appeal for the cassation review has been sent to all competent authorities for a long time, but our family has not received any response from them up until now.

This legal fight is not strictly a cassation matter either. On July 7, 2018, my father made a “Request for remission of remaining penalties,” based on Article 63 of the Criminal Code 2015’s new approach to national security crimes, which only punishes a person who intended to commit the crime of overthowing the people’s regime with one to five years of imprisonment.

We believe that the Criminal Code 2015 has created a very important right on the path of demanding justice for those who have been wrongfully convicted of “overthrowing the people’s regime,” especially in the case of my father. He already made a formal request for legal assistance from attorneys to carry out necessary procedures in accordance with the 2015 Criminal Procedure Code. This is to protect the legitimate rights and benefits of my father, who is clearly qualified for the remission of remaining penalties, with consideration to the new penalty system.  However, all these requests were not answered satisfactorily.

On April 8, 2019, my grandfather – Mr. Tran Van Huynh – sent a petition to the Standing Committee of the National Assembly and the Chairperson of the National Assembly to ask them to perform the function of supervising the implementation and application of laws in accordance with the Constitution.  He also emphasized that the People’s Supreme Court must respond to our request for a remission of the remaining penalties. These letters and requests were also translated into English and sent to governments around the world and their diplomatic missions located in Vietnam in order to call for attention to and supervision of the implementation of the commitments to ensure human rights made by the Chairperson of the Vietnam National Assembly in Belgium on April 4, 2019.

The family and the lawyers made a request to the Supreme Court and the Supreme Procuracy about the fight for freedom for my father, but these requests were ignored and did not receive any satisfactory response.

Our objective is to require the regime to abide by the laws and legislations enacted, which must be applied and respected in practice. Legislations cannot only be issued for “political favor” and “scoring” among domestic and international actors, which is quite often the case in Vietnam. That is why my father strongly opposed the biased and arbitrary judgment, and our family will consistently use the law to protect his rights and demand justice. Whether by appeal for cassation review or by a resubmission request, we will fight until his release, to ensure that human rights are honored in Vietnam.

The appeal for cassation review and resubmission of penalties was actually carried out in accordance with my father’s wishes. This is his way to fight for democracy: protect human rights through the rule of law.  The family and my father have learned about many special amnesty opportunities for him. My father understands the values ​​of this method, but he still wants to fight and be freed by using the law. He believes that, only then, his case can become a precedent and a premise for the law to be truly respected. That, in turn, will bring the chances of freedom to many other prisoners of conscience, who were also punished bcause of their fight for human rights. It is something that a special amnesty method cannot bring about.

Six Activists Sentenced to a Combined 25 Years in Prison in One Day Ahead of...
Scroll to top