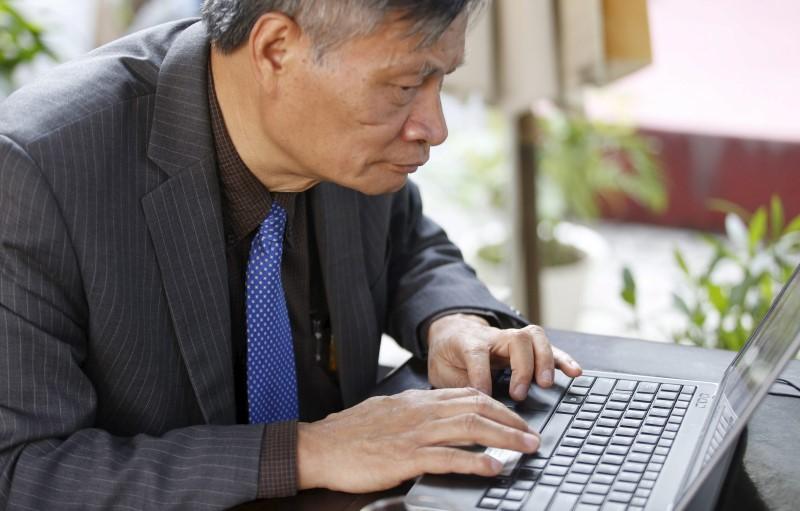 Nguyen Quang A writes a comment on Facebook while sitting at a cafe after an interview in Hanoi, Vietnam, March 1, 2016. REUTERS/Kham

REUTERS, HANOI | BY MARTIN PETTY: Former IT entrepreneur and banker Nguyen Quang A is running a disciplined campaign to be elected to Vietnam’s parliament, declaring his assets, securing voter endorsements and appearing in a slick online video.

He is not, however, a member of the Communist Party of Vietnam nor the kind of candidate that the monolithic ruling party wants in its rubber-stamp legislature.

Quang A is one of its biggest critics and among 19 dissidents trying to run as independents in a May election to the assembly, determined to test the sincerity of promises made by the party to strengthen democracy.

“They tell us we have rights and say the regime is democratic,” he said in an interview. “Let’s see them turn rhetoric into reality.”

To pique the Communists further, Quang A is waiting to see if party chief Nguyen Phu Trong will seek re-election to the National Assembly so that he can go head-to-head with him for his seat.

Allowing challenges at the edges of its 40-year monopoly on power could help the image of the Communist Party, which is seen as out of touch by many in a country where over half the population is under 30.

However, a rigorous vetting system and other checks of candidates by the party make it almost impossible for the dissidents to succeed.

The move by the dissidents to seek seats in parliament is part of a trend that began three years ago in which the Communist Party has been openly challenged, not only by writers, lawyers, academics and artists, but also from among its own ranks.

The aim, Quang A and other activists say, is to exploit the popularity of social media to scrutinize the 4.5 million-member Communist Party and encourage political participation from outside.

Political analyst Le Hong Hiep said it was highly unlikely that the activists would even be allowed to run for parliament.

“The party wants to have some critical voices in the parliament, but not those that they cannot control or those that may cause political embarrassments,” he said.

Quang A, who was detained twice last year after meeting political prisoners and attending democracy seminars abroad, said independent voices in a system where there is no opposition would strengthen the legitimacy of the Communist Party.

Anticipating his disqualification, the 69-year-old is making his bid as watertight as he can, seeking 5,000 voter endorsements and volunteer monitors to ensure he gets fair treatment.

To set an example, he voluntarily declared his assets on Facebook, which included land and $1.7 million in stocks investments using funds from an IT business he ran for 23 years.

Facebook “likes” for his campaign have so far reached 3,700.

Dissent was once the domain of a tiny number in Vietnam who met behind closed doors or found themselves behind bars.

The media is still censored here and the party’s loudest critics face harassment, arrest and jail for “anti-state propaganda”.

But petitions and open letters to the Communist Party have appeared online in recent years, including one in 2014 signed by 61 current and former party members, which said failure to resist China’s influence was “a crime on our nation”.

A public consultation exercise on a 2013 draft constitution backfired when 72 intellectuals and bureaucrats responded by writing their own version prescribing a multi-party system, backed by 15,000 people. The party ignored it.

Parliament is expecting 5-10 percent of the 500 seats to go to non-party members this time. Those lawmakers are usually nominated by state institutions, although the current chamber has four self-nominated members.

The National Assembly and election commission did not respond to Reuters questions about opportunities for self-nominated candidates.

Law graduate and blogger Nguyen Dinh Ha, 28, expects the party to thwart his assembly bid after he gave a presentation on censorship to Congress representatives in Washington D.C.

“The party fears an independent is a small flame that will spread,” he said.

But he added: “Some opposition can be helpful and killing off all other voices will do more harm.”

Another hoping to try her luck with voters is Dang Bich Phuong, who has been in trouble for her anti-China protests.

“There’s a chance to change, even if it’s a small opening,” she said. “I want to bring the people’s voice to parliament and bring people and their leaders closer.” 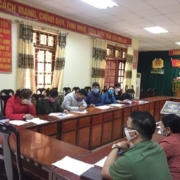