Vietnam’s environmental record is a cause for concern and so too is its record on free speech and human rights. This makes life difficult for environmental activists who try to hold the government to account, many of whom have been harassed or arrested by the regime.

Like in many developing countries, rapid economic growth in Vietnam has come at a cost. Industrialization and modernization has resulted in greater levels of pollution and environmental degradation. This is not just an environmental concern for environmental activists, but also for governments and the Vietnamese Communist Party (VCP).

The World Health Organisation estimates that, in 2016, 60,000 deaths in Vietnam were linked to air pollution. Air pollution in Hanoi is particularly severe, especially during the winter time when a thick layer of smog envelopes the city. Vietnam is heavily reliant on coal to meet a surging demand for electricity, and there are further plans in the pipeline to increase capacity, to the horror of environmental activists. Although plans have recently been scaled back, the country is still planning to add an additional 17GW of new coal-powered capacity in the next decade alone. This means more coal plants and more pollution.

One of the biggest challenges Vietnam faces in the 21st century is to ensure that economic growth is more environmentally sustainable. This is of particular importance for Vietnam as the country is vulnerable to the effects of climate change. Areas like the Mekong Delta have already begun to feel the pain. As sea levels rise, and river water upstream is held back by Chinese dams, increased salinity destroys crops and makes agricultural life untenable. It is essential for the long-term future of the country that Vietnam takes steps to reduce carbon emissions and limit the effects of global warming.

The VCP has often come down hard on environmental activists who have tried to bring attention to the country’s poor climate record. In 2016, a Taiwanese steel plant in Ha Tinh province, Formosa, released a cocktail of toxic chemicals into the ocean. Over a hundred tonnes of dead fish subsequently washed up onto the beaches, devastating the local economy, which relies heavily on fishing and tourism. Mass protests followed as environmental activists demanded justice and
financial compensation. Protestors in Vietnam were also enraged by the reluctance of the government to blame Formosa for the disaster. Formosa agreed to pay $500 million in damages, but many of the affected communities in central Vietnam continued to protest and demand a fair settlement. Many influential environmental activists were handed draconian sentences for their role in the protests in Vietnam. 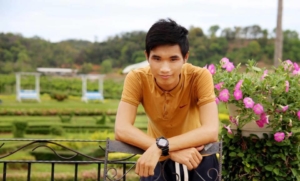 Nguyen Van Hoa, a freelance reporter for Radio Free Asia who had livestreamed drone footage of the protests, was given a seven-year sentence in November 2017. Hoa was beaten in detention and coerced into giving testimony incriminating Le Dinh Luong, a democracy activist who had also written about the Formosa scandal. In August 2018, Luong was sentenced to 20 years in prison for his activism. 6 months earlier, Hoang Duc Binh, who had also livestreamed protests, was given 14 years. In April 2018, Tran Thi Xuan, a female activist with links to the outlawed Brotherhood of Democracy, received a nine-year sentence. The popular backlash against Formosa demonstrated the power of environmental issues to mobilize public opinion. The majority of the protestors who lined the streets in 2016 were not political activists or dedicated environmentalists, but ordinary Vietnamese who were outraged by the spill. This makes the VCP, who are fearful of protest, uneasy. 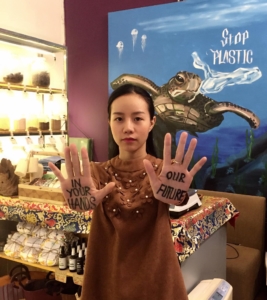 The VCP continues to harass environmental activists. In December 2020, Cao Vinh Thinh was evicted from both of her business premises after the authorities in Hanoi pressured her landlords to evict her. Thinh is the owner of a zero-waste business in the capital and has aroused suspicion for her involvement with Green Trees, an environmental group formed in 2015 in response to a controversial plan to fell thousands of trees in the centre of Hanoi. In that case, the authorities were eventually forced to back down and abandon the plan after it attracted widespread condemnation from residents.

In March 2019, Thinh was detained and questioned on her way to the premiere of Don’t Be Afraid, a film about environmental issues in Vietnam, which had been organized by Green Trees. The film was controversial as it contained interviews with those affected by the Formosa scandal, including the family of Hoang Duc Binh.

The harassment of Cao Vinh Thinh is particularly disappointing as Vietnam is a major contributor to plastic found in the ocean. A 2017 report by Ocean Conservancy found that Vietnam was one of five
Asian countries which dumped more plastic into the ocean than the rest of the world combined. Thinh is helping to inspire the next generation of Vietnamese to live more sustainably and should be commended, not condemned, for her work.

Environmental issues are also likely to attract international attention, as the international community has a vested interest in the carbon emissions of developing economies. This too may explain the VCP’s desire to keep a lid on eco-activism. In 2016, the VCP faced global scrutiny as the images of Vietnamese beaches lined with thousands of dead fish reached western audiences. In 2017 the government critic and blogger Nguyen Ngoc Nhu Quynh, better known in the west as “Mother
Mushroom,” was given an International Woman of Courage award by the US state department. Quynh had been arrested in October 2016 for her critical coverage of the Formosa spill, and handed a ten-year prison sentence for her activities as an environmental activist before being exiled to the US in 2018.

The hostile environment for critics of the regime looks set to continue. In February 2021, the VCP
re-elected the incumbent General Secretary Nguyen Phu Trong for a third term. Trong, a conservative
hardliner, has overseen a sharp increase in repression against environmental activists since his first
re-election in 2016. In 2020, Vietnam arrested 35 people for peaceful activism, including an increasing number of online commentators whose only crime was expressing their opinion online. The internet is becoming an increasingly restricted space. In 2019, a standoff between Facebook and the government led to the social media giant agreeing to restrict ‘anti-state’ content on behalf of the VCP. This makes it even more difficult to hold the regime accountable for its environmental record.

The Vietnamese government should release the environmentalists it has imprisoned and desist from harassing environmental activists on the outside. It should also allow for greater scrutiny of the government’s environmental record and allow citizens to speak freely about it online. The global push for sustainable development has been driven by grassroots activism and popular demand for change. Vietnam needs more environmentalists, not less. The long-term interests of the country will not be served if citizens are coerced into silence.