On 26 June 2019, the Vietnamese government concluded its UPR cycle with the Addendum replying to the recommendations of participating States. With the acceptance of 241 recommendations (out of 291), of which 220 are fully accepted and 21 are accepted in part, national news outlets have praised this as an indication of Vietnam’s solid determination to uphold and promote human rights in the country.

Vietnam criticized the recommendations they rejected as being one-sided and biased. According to Vietnamese government, they share similar patterns of using contentious terms (such as “human right defenders”), implying inaccurate or alien assessments (against recommendations asking for the release of political prisoners, or mention the political influence on media outlets), being improper to the right of self-determination of Vietnamese people (namely the call for political plurality and democracy from Czechia), setting impossible deadline or requesting amendments to newly adopted laws… Their observation, however, did not reflect all the problems the government has with these recommendations.

There are many recommendations that can be perceived as neither intrusive nor inappropriate nor biased. For instance, Togo, South Africa, and Kazakhstan just recommended that Vietnamese government should “continue” and “consider” the establishment of a national human rights institution (NHRi) that is in conformity with the Paris Principles (which requires certain legal framework and mandate for NHRi to intervene to address human rights complaints and promote human rights protection). Belgium asked for the involvement of independent monitoring bodies in all detention centres and prisons. Benin suggested Vietnam to ratify the Optional Protocol to the Convention on the Elimination of All Forms of Discrimination against Women (which sets up a Committee to receive and consider complaints from individuals or groups within its jurisdiction). Other countries such as Denmark, Hungary, and Ukrain insisted that Vietnam should consider ratifying the Optional Protocol to the Convention against Torture. They were all, unfortunately, rejected by Vietnamese diplomatic corps.

These examples illustrate another acceptance pattern of the regime: they avoid recommendations that are too specific, easy to monitor, or could potentially produce predictable outcomes. Inconsequential recommendations such as “Continue efforts to implement the remaining recommendations from the previous cycle”; “Bolster efforts towards dialogue and cooperation with the Human Rights Council” or “Revise the judicial system to provide a safer environment for victims of all crimes” are, indeed, favored, due to the fact that they give the receiving state full discretion over not only the control of implementation process and the evaluating criteria but also how to interpret the recommendations.

Since not all member states participating in UPR sessions have the resources to fully understand the human right condition of the reviewed country, generic recommendations are expected, which result in the overwhelmingly positive acceptance rate. Regardless, the acceptance of those recommendations is still the proof of a state’s recognition of certain international human rights norms, and it gives the public a legitimate basis to pressure their government’s action plan.

Recommendations concerning judicial impartiality and the legal protection for criminal defendants are particularly important for the advancement of freedom of expression in Vietnam. Many defendants in FOE-related cases have suffered discriminatory and unjust treatments in the current Vietnamese legal system. It is thus necessary to analyze what are Vietnam’s UPR promises to fix this particularly problematic institutional issue.

In Recommendation no. 147, the Vietnamese government agree to ensure that evidence obtained through torture is inadmissible in trial, in line with obligations under the Convention against Torture (CAT). This seems to be an easy commitment for the regime. After all, the 2015 Criminal Code (and all of its predecessors) already prohibits torture in Article 10. Yet, all high-profiled cases of wrongful conviction in Vietnam involved torture allegation, namely the cases of Nguyen Thanh Chan, Han Duc Long, and Tran Van Them, where confession exhorted by ill-treatments was the driving evidence for the final conviction. The same could be said in FOE-related cases. An example is the case of Le Dinh Luong. In this trial, the authorities wanted to use Nguyen Van Hoa and Nguyen Viet Dung to oppose Le Dinh Luong and build a case against him. However, at the trial, both of them recanted and advocated for Luong. Therefore, Hoa was pulled into the isolation room and beaten for not cooperating. The court then prohibited him from being a witness, saying that the “witness got a stomach ache.” Truong Thi Ha, an activist who was detained on June 17 at the police station for participating in protests, was forced to sign papers after being tortured and under fear of imminent sexual assault.

The causes of the pervasive use of torture are, arguably, the compromised perception of torture, ineffective procedural protections and preventive measures, opaque detention/custody conditions, and the toxic legal culture among the judicial authorities in Vietnam. These realities are all contrary to the requirements of CAT including the absolute nature of prohibition of torture, the mental and physical aspects of torture, and the broad responsibility of the party State, reasserted by the General Comment No. 2: Implementation of Article 2 by States Parties of the UN Committee Against Torture. The acceptance of this recommendation, therefore, shall not be materialized by one or two legal articles, but must be a systematic re-consideration of the current judicial machinery.

The Vietnamese State can fulfilling recommendation no. 147 by:

(1) Defining “Torture” in accordance with CAT and other related cases of the Committee in major legislations, especially the Criminal Code, Criminal Procedure Code, and the Law on Custody and Detention 2015;

(2) Amending Circular 03/2018/TTLT-BCA-VKSNDTC-TANDTC-BQP to make sure that interrogation without recording devices can only be proceeded with the presence of the detainee/defendant’s attorney;

(3) Amending the Law on Custody and Detention to ensure the right to visit detainee/defendant once per month without any exception;

(4) Organizing workshops and educational sessions specializing in CAT and other potential acts of torture for public security forces and investigators;

(5) Imposing substantive repercussions on CAT violations, including immediate dismissal, notwithstanding other civil and criminal liabilities;

(6) Incorporating provision that the death of detainee shall render unconditional responsibility of the supervisor, unless proved otherwise.

The Vietnamese State can fulfill recommendation no. 157 by:

Allowing and creating a legal framework for the operation of an independent panel of experts, under the auspices of relevant prominent international organizations to receive and investigate complaints in the first hand. The panel will represent and act in accordance with the existing legal procedures on behalf of the complainants.

Immediate presence of a lawyer following a person’s arrest and fair trial guarantees in all criminal cases are also fully noted by Vietnamese government (Recommendation no 158 and 164). Yet, just last year, the arrests of protesters in June 10 and June 17 marked the peak of the arbitrary and abusive behaviors of local public security forces, with no protesters being able to contact friends, family, not to mention legal attorneys. In Vietnam, there are many justifications used by the authorities to deny the right to counsel or manipulate the detainee to deny their own right. Firstly, the authorities can argue that the detainee is just “invited,” and the right to counsel in criminal law procedure cannot be applied. Secondly, they warn the detainee/accused that requesting the support of a legal attorney is “uncooperative” or “obstinate,” and the person will face severe repercussions in the indictment for doing so. Lastly, they abuse the procedure of defense counsel registration to hinder the participation of a lawyer. It resulted in a poor ratio of lawyer participation in the initiation of almost any criminal case. With the acceptance of these recommendations, the institutional changes have to address all of the above issues, or fail to fulfill their promise.

The Vietnamese State can fulfill Recommendations no. 158 ad 164 by:

(a) Eradicating the concepts of “obstinacy” (ngoan cố) and “rebellion” (chống đối) in Vietnamese criminal justice (specified in Article 3 of the 2015 Criminal Code); 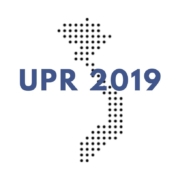 Vietnam’s UPR Commitments on Freedom of Expression: Promises and Suggested...