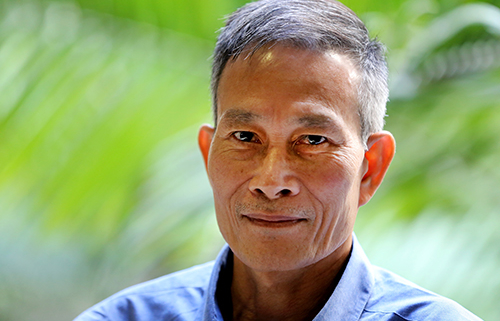 The 88 Project, April 26, 2018: This is the second and final part of Blogger Dieu Cay/Nguyen Van Hai’s reflection on his ten-year journey – from the activities that resulted in his arrests in 2008 and 2012 to the current state of the democratic movement at home and in the diaspora. Dieu Cay was released early on October 21, 2014, but the price he had to pay for his freedom was life in exile; he was taken to the airport immediately upon release and was boarded onto a flight to the United States without being able to see his family. In California, U.S., he reactivated the Freelance Journalist Club and has continued to be active in journalism and advocacy. Once an activist, always an activist. As his conclusion says: he has never regretted taking this path.

On December 23, 2007, as members of the FJC entered the Diamond Plaza area near the Chinese consulate, they were surrounded and I was taken into custody at the Diamond Plaza shopping center. However, Nguyen Tien Trung managed to take a series of pictures and shared them with the BBC.

January 9, 2008 was Vietnamese Students’ Day. We gathered at Chi Lang Park to prepare slogans and banners for the coming days. It was the most memorable day. On that day, with all members in black uniforms in front of the city’s Opera House, the FJC raised banners that showed the Beijing Olympics symbol altered into five handcuffs (by Reporters Without Borders) and the motto “Hoang Sa – Truong Sa forever belong to Vietnam.”

Although all protesters were arrested and taken to Ben Nghe ward police, everyone’s spirit was optimistic.

Since then, hundreds of summons have been sent repeatedly to members of the FJC to limit their movement, communication, and contact with other groups to organize demonstrations.

In those unforgettable days, Vietnamese social media was filled with the news and images of the protesters. Phan Thanh Hai and I traveled to Manila for a conference and met with friends overseas to discuss the development and support for FJC activities and the domestic movement. Thanks to our overseas supporters, we were known by many international organizations and newspapers.

On my trip to Thailand to learn about “Nonviolent struggle,” I realized that in Vietnam there would not be demonstrations with millions of participants any time soon. In fact, we are at the assembly stage, so the tool for connecting the people who want to change the Vietnamese society is to form and develop a free media network, and through this network, gather people…

From there, the FJC launched the “People Journalism” movement so that everyone can participate in the network and contribute to building and developing a strong free media network.

We also advised each victim of unlawful land seizures in District 9 to open a blog to tell their story of injustice and connect with famous bloggers who could help to convey the information to the community at home and abroad.

Shortly after my trip to Thailand, I was wanted everywhere and arrested in Da Lat. Then the authorities sentenced me to 2.5 years in prison and immediately re-arrested me right after the completion of the first sentence.

I was forced to go through a grim and unlawful investigation process for two years. Then I was sentenced, this second time, to 12 years in prison and 5 years of probation, along with two other members of the FJC.

I served the sentence in over twenty prison camps, “around the world of the Vietnamese communist prisons” with 11 different locations in nearly 7 years in prison. From Ca Mau to western Nghe An.

We understood that the increasing use of the Internet and social media was making it more and more difficult for the communist authorities to cover up and shape the information, and getting more people to awaken and participate in the movement. The stronger the free media network is, the more developed the movement becomes.

Dieu Cay at LAX in October 2014, greeted by the Vietnamese community in California (source: AFP)

On October 21, 2014, I left the communist prison and came to the United States.

On the first night of my arrival in the United States, I was eager to connect to the Internet to read, to see that the movement had grown dramatically, with the number of participants multiplied several times compared to the 2006-2007 period.

The Facebook site has many functionalities and allows up to 5000 friends, far exceeding the number 300 allowed years ago by Yahoo 360. And it was very moving to see the images of tens of thousands of protesters in Saigon, Binh Duong in 2011.

The growing movement of Catholics in the Central region against the Formosa company for polluting the environment included protests by 20,000 Catholics, prompting Formosa to fall.

The past two years, many brothers and sisters have been arrested, brutally beaten, and sentenced to heavy prison sentences, which has made the human rights situation in Vietnam worse. The pro-Chinese communist leadership is sabotaging the country, quelling the democratic movement with fierce repression. The pressure of the international community and of the United States seems not to be enough to deter the Hanoi government.

Dieu Cay met with President Obama in May 2015 and called on the President to help release prisoners of conscience in Vietnam (source: AP)

On the media front, the communist authorities are throwing money into filtering and manipulating the overseas press. Some of their infiltrators have come out and teamed up to attack the prominent activists of the overseas community and back home. They seek to completely crush the democratic movement while the activists are being severely oppressed.

However, other people have become stronger, the means of struggle are becoming more flexible than before, and activists have really overcome the fear. The media activities of the activists in recent years have brought about positive effects.

The communist authorities have lost control of the media front. They can no longer hinder or shape the information, and it has become much harder for them to handle the cybercommunity’s media interventions. Any untruthful propaganda is exposed immediately and makes people lose faith in a group of ignorant and inhuman communist leaders, whose nature of “coward against the enemy, evil against the people” has been revealed.

Nostagically, I recall the early days when I first joined the movement. We were a small group with spontaneous activities, lacking the extensive coordination inside and outside the country that now exists. Nonetheless, we worked quite effectively with all the expenses voluntarily covered by our members. We often joked that we were not the Freelance (Tu do), but Self-sufficient (Tu lo) Journalists Club.

We are also delighted that we have inspired the creation of today’s powerful people journalism movement, with many pages with a high number of readers like Dan Lam Bao (The People Making Newspaper), Anh Ba Sam, etc.

The movement has had its ups and downs. The communist authorities have also realized the dangers it creates, so they fiercely oppress activists in the country and divide those in the diaspora in order to prolong the survival of a regime that has entered into decadence.

Let’s figure out together the difficulties and find ways to adapt, to develop the movement in unity. Do not be discouraged!

Let’s identify and paralyze the infiltrators who have hindered the advancement of the movement, so that we have a stronger overseas community that will support the domestic movement!

Ten years is a long time in a person’s life. It was a journey full of bitter and harsh suffering. But those who have chosen this path never regret. 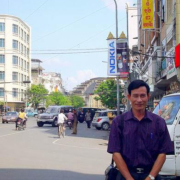 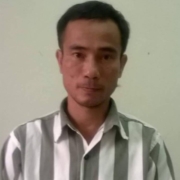