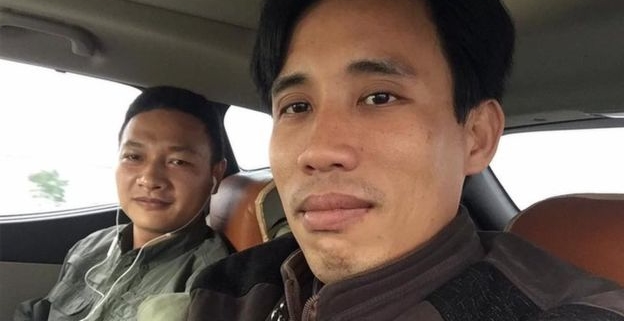 Defend the Defenders, May 15, 2017: On May 15, authorities in Vietnam’s central province of Nghe An kidnapped activist Hoang Duc  Binh (or Hoang Binh), a member of the independent Viet Labor Movement and well-known blogger who has covered news on the Formosa-causing environmental disaster in the central coastal region.

Police officers took the activist into a car and drove away.

Later, Nghe An province’s authorities publicized an arrest order of Binh issued by the province’s People’s Procuracy two days earlier. Accordingly, he will be detained for 90 days for investigation.

According to the arrest order, Binh will face charges of “resisting persons in the performance of their official duties” under Article 257 and “Abusing democratic freedoms to infringe upon the interests of the State, the legitimate rights and interests of organizations and/or citizens” under Article 258 of the Penal Code.

According to Vietnam’s current law, he will face imprisonment of between six months and three years for the first charge and up to seven years for the second charge.

Thousands of Catholic followers are gathering in Dien Chau to support Father Thuc and demand immediate and unconditional release of Binh, saying his detention is illegal.

Binh and Bach Hong Quyen are two bloggers who have covered information about the natural disaster caused by the Taiwanese Formosa steel plant as well as local protests against the pollution-causing investor.

On May 12, authorities in the central province of Ha Tinh issued an arrest warrant of Quyen who was accused of “causing public disorders” for his peaceful activities.

Last month, thousands of Catholic followers in Dien Chau tried to sue Formosa steel plant for causing the environmental disaster which caused the deaths of thousands of tons of aquatic species in the 200-km coastline in the central region from Ha Tinh to Thua Thien Hue. Nghe An’s coastline has also been affected by the illegal discharge of toxic industrial waste of Formosa into the central waters. Instead of assisting local residents, authorities of Dien Chau and Nghe An province deployed thousands of police officers, militia and thugs to attack them, causing severe injuries for hundreds of people, including priest Dang Huu Nam. 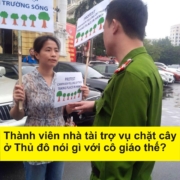