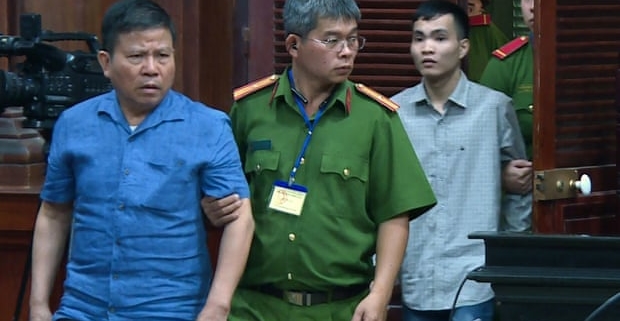 Please take action for Chau Van Kham, Tran Van Quyen, and Nguyen Van Vien by sharing Human Rights Watch’s letter to Australia’s foreign minister, Marise Payne, calling on her to urge Vietnam to immediately release the three activists, who were sentenced to between 10 and 12 years in prison last month. Share the letter.

The three were tried in November and handed long prison sentences, targeted for their affiliation with overseas pro-democracy group Viet Tan. Elaine Pearson, Australia director of HRW, said of the men: “They are being prosecuted simply for their affiliation with a foreign political group deemed a threat to the Communist Party of Vietnam.” HRW also raised concerns about potential procedural issues with the detentions and the trial. Kham is a an Australian citizen.

The Committee to Protect Journalists, Action for Imprisoned Journalists During...