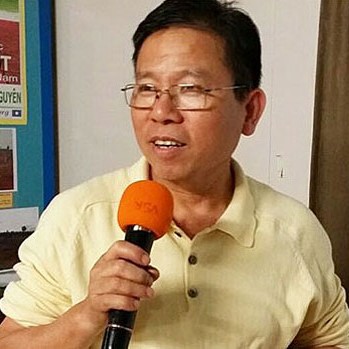 The 96-year-old mother-in-law of Australian-Vietnamese political prisoner Chau Van Kham wishes she can see him before she dies. Nguyen Thi Thao has only days to live due to COVID complications, according to her doctor in Sydney.

The UN Working Group on Arbitrary Detention issued two separate opinions regarding the arrest and imprisonment of Chau Van Kham and Nguyen Bao Tien. The Vietnamese government was found to have violated multiple articles of the Universal Declaration of Human Rights and the International Covenant on Civil and Political Rights in the arrest and detentions of the two defendants.

The family of Chau Van Kham asked the Australian government for help getting the 72-year-old released. Jailed since 2019, Kham has not been allowed to talk to his family for three years, and his wife, Truong Quynh Trang, fears that his health might be worsening and “he may die” in prison. Australian Foreign Minister Marisa Payne said she raised his case with the Vietnamese authorities during her visit last November.

Chau Van Kham is an Australian citizen of Vietnamese descent.

Kham is a member of the overseas pro-democracy group Viet Tan.

Vietnam arrested two more activists, Chau Van Kham, an Australian citizen, and Nguyen Van Vien, a member of the Brotherhood for Democracy, on January 13 in Ho Chi Minh City. According to a press release from the Brotherhood for Democracy, police arrested Vien when he was on the way to pick up Kham, who was in Vietnam for a “fact-finding” mission after crossing the land border with Cambodia. Kham has not been permitted consular communications.

Chau Van Kham's wife wrote an open letter published on February 4, 2019, in which she confirmed that her husband was arrested on January 13, 2019, and is currently under investigation for "violating Vietnamese law." According to her letter, two weeks after the arrest, the Australian Embassy was informed of his arrest. But the exact charges against him are still unknown.

On July 23, 2019, Australia’s ABC News reported that the Vietnamese authorities had decided to extend the investigation period in the case of Chau Van Kham until September 2019. Kham, a member of the overseas democracy group Viet Tan, was arrested in January 2019 and charged with “overthrowing the People’s Government” under Article 109 of the 2015 Criminal Code after travelling to Vietnam and meeting with a member of the Brotherhood for Democracy, Nguyen Van Vien (who was also arrested). Kham has not been allowed to meet his family, friends, or lawyers. He has only met with a representative from the Australian Embassy. The Australian Vietnamese community has supported Kham and defended his peaceful activism.

Australian national Chau Van Kham will be prosecuted under Art 109 of the 2015 Criminal Code for subversion, according to a statement from Vietnamese authorities.

On November 11, Australian citizen and retiree Chau Van Kham was sentenced to 12 years in prison, local activist Nguyen Van Vien to 11 years, and camera installer Tran Van Quyen to ten years. They were convicted on charges of “terrorism" under Article 113 of the 2015 Criminal Code, having been targeted for being part of overseas democracy group Viet Tan. Vien is also a member of the Brotherhood for Democracy. All three men were arrested in January 2019 and originally charged under Article 109 of the 2015 Criminal Code, for subversion. At 70 years old, many are concerned about Kham's health, which has already declined since his arrest.

On March 2, 2020, the High People’s Court, Ho Chi Minh City branch, upheld the decisions from lower courts in the case of Chau Van Kham, Nguyen Van Vien, and Tran Van Quyen, upholding also their prison sentences of 12, 11 and 10 years, respectively. Kham, Vien, and Quyen were accused of being involved in “terrorist activities against the people’s regime.” They are allegedly members of Viet Tan, a pro-democracy political organization which is considered a terrorist group by Vietnamese government. Kham is an Australian citizen and was accused of using a fake ID to go to Vietnam; he argued that other than this, he has committed no crime and only wishes for improved conditions in Vietnam. He is facing several health issues. Vien and Quyen were accused of receiving money from Kham. Many attorneys have said that the sentences and accusations are harsh and arbitrary.

Neither his family nor the Australian government has had contact with jailed Australian retiree Chau Van Kham in over four months. Kham is serving a 12-year prison sentence for his democracy activism and is dealing with a myriad of health issues, such as glaucoma, high blood pressure, and kidney stones-- all likely exacerbated by prison conditions. His son, Dennis, said of his current condition: “My father is of old age now without any forms of communication to the outside world, I worry not only for his health but his mental state … it frightens me how he’s doing inside. He’s now on a long journey until his release with no support from the Australian government at all, it seems like they’ve forgotten about him.” Kham was recently transferred to a new prison and hasn’t been allowed to see his sister, who had been providing him with some supplies and medication, since February. The Australian consulate has been unable to visit due to restrictions in place from COVID19.

Chau Van Kham was located in Thu Duc Prison in Binh Thuan Province after neither his family nor the Australian government had contact with Kham in over four months. Kham is serving a 12-year prison sentence for his democracy activism and is dealing with a myriad of health issues, such as glaucoma, high blood pressure, and kidney stones– all likely exacerbated by prison conditions.  His supporters say that the Australian government needs to do more to press for his release.

Chau Van Kham was reported to have been subjected to long hours of hard labor in prison. Since his arrest and imprisonment in 2019, Kham’s family has not been allowed to communicate with him. Australia’s Department of Foreign Affairs and Trade has raised Kham’s case with Vietnam nine times but to no avail.

He reportedly takes medication for prostate issues. As of June 2020, he was suffering from glaucoma, high blood pressure, and kidney stones.

The family of Chau Van Kham asked the Vietnamese government to vaccinate the 72-year-old, who is serving a 12-year sentence. They were hoping he would be pardoned on September 2, Vietnam’s Independence Day, but that did not happen.

Human Rights Watch urged Australia to raise Kham's case, and those of other political prisoners, during the Vietnam-Australia Human Rights Dialogue in Canberra.

Human Rights Watch called for Kham and his co-defendants' releases ahead of their trial.
December 2019:
Human Rights Watch (HRW) sent a letter to Australia’s foreign minister, Marise Payne, urging her to press for the release of Australian citizen Chau Van Kham and his co-defendants, Nguyen Van Vien and Tran Van Quyen. The three were tried in November and handed long prison sentences, targeted for their affiliation with overseas pro-democracy group Viet Tan. Elaine Pearson, Australia director of HRW, said of the men: “They are being prosecuted simply for their affiliation with a foreign political group deemed a threat to the Communist Party of Vietnam.” HRW also raised concerns about potential procedural issues with the detentions and the trial. Read the full letter, here.
October 2020:

Amnesty International is petitioning for the release of Kham. Kham’s family says he’s in poor health, and they fear for his well-being. You can sign the petition here.

Ahead of the Human Rights Dialogue between Australia and Vietnam, Human Rights Watch and other campaigners were urging the Australian government to press for the release of Chau Van Kham, a baker from Sydney.

Australian Foreign Minister Marisa Payne said she raised his case with the Vietnamese authorities during her visit last November. 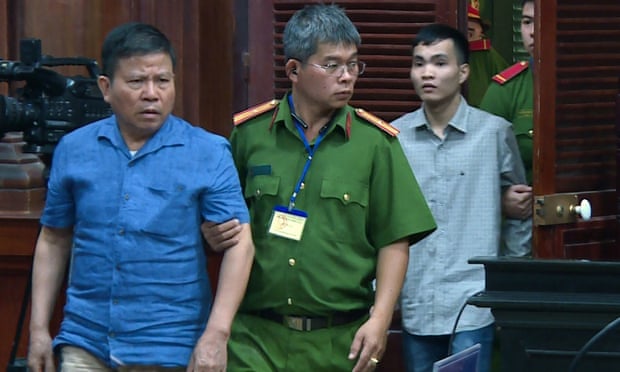 Concern for Australian citizen jailed without charge in Vietnam, The Guardian, July 23, 2019

‘It has been three years’: Australian activist’s wife pleads for government help in freeing him from Vietnam jail, The Guardian, January 29, 2022

Opinion by the UN Working Group on Arbitrary Detention, June 2022 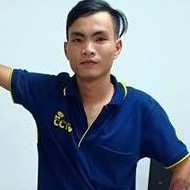