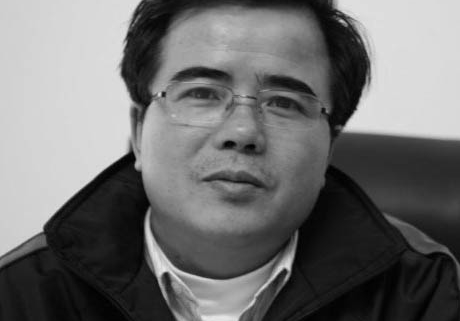 Defend the Defenders, June 9, 2017: In the morning of June 8, a group of ten thugs came to the private residence of former political prisoner Le Quoc Quan in Hanoi, threatening him and his family if he continues his activities which aim for promoting human rights and multi-party democracy in the Southeast Asian nation.

Lawyer Quan, who was imprisoned for 30 months for fabricated allegation of tax evasion, said the thugs were led by a man namely Thanh, the same group beat him in the evening of July 3, 2016 in order to prevent him from taking part in a party organized by the U.S. Embassy in Vietnam to mark the 240th Independent Day of the U.S.

Quan said Thanh held his neck and told him that he must suspend his social activities otherwise they will hurt him and his family.

“You should focus on your family and try to protect your growing daughters otherwise we will cause harm for them,” Thanh said.

The thugs also threatened to beat Quan’s friend who came to support him.

The incident happened in the entry of the building in where Quan lives under the witness of Quan’s daughters and many local residents.

Quan said the move came ten days after he met with U.S. Senator John McCain when the American veteran of the Vietnam War visited the Southeast Asian nation and met with some local activists.

On May 30, security forces in Hanoi contacted Quan, saying he should not go to the meeting with Senator McCain and other members of the U.S. Congress. However, Quan went to the meeting where he reported human rights violations in Vietnam and raised the case of human rights lawyer Nguyen Van Dai, who is imprisoned and charged with anti-state propaganda under Article 88 of the Penal Code.

Quan is still under close surveillance of security forces in Hanoi after being released in late June 2015. In many occasions, he has been placed de facto under house arrest as plainclothes agents came to his private residence to prevent him from going out. They themselves identified as thugs when Quan protested, saying their moves violated his rights of free movement.

Several hours of being harassed, Quan filed a complaint to Hanoi’s authorities to denunciate the thugs’ illegal move and the local authorities have yet to respond.

Along with arrest and imprisonment, Vietnam’s government has applied many other tactics to silence local activists, including sending plainclothes agents to prevent them from taking parts in social activities and meeting with foreign diplomats and visiting officials.

In addition, the communist government has also used thugs to kidnap and torture political dissidents, human rights advocates and social activists before leaving them in remote areas.