The 88 Project, June 8, 2017: Eight months after blogger and human rights defender Nguyễn Ngọc Như Quỳnh was arrested, the investigation period seems to have concluded and a trial should take place soon. Yesterday, lawyer Nguyễn Khả Thành’s office received a hand-written letter by Nguyễn Ngọc Như Quỳnh, dated June 2, 2017, in which Quỳnh requested him to be her defense counsel. The letter reads: “The prosecution period of my case has concluded. The Public Procuracy agency has served the indictment. I am writing this letter to Lawyer Nguyễn Khả Thành’s office to respectfully request a defense counsel. I suggest the following lawyers: Lawyer Nguyễn Khả Thành. Please contact The People’s Court of Khánh Hòa province. I sincerely thank you.” 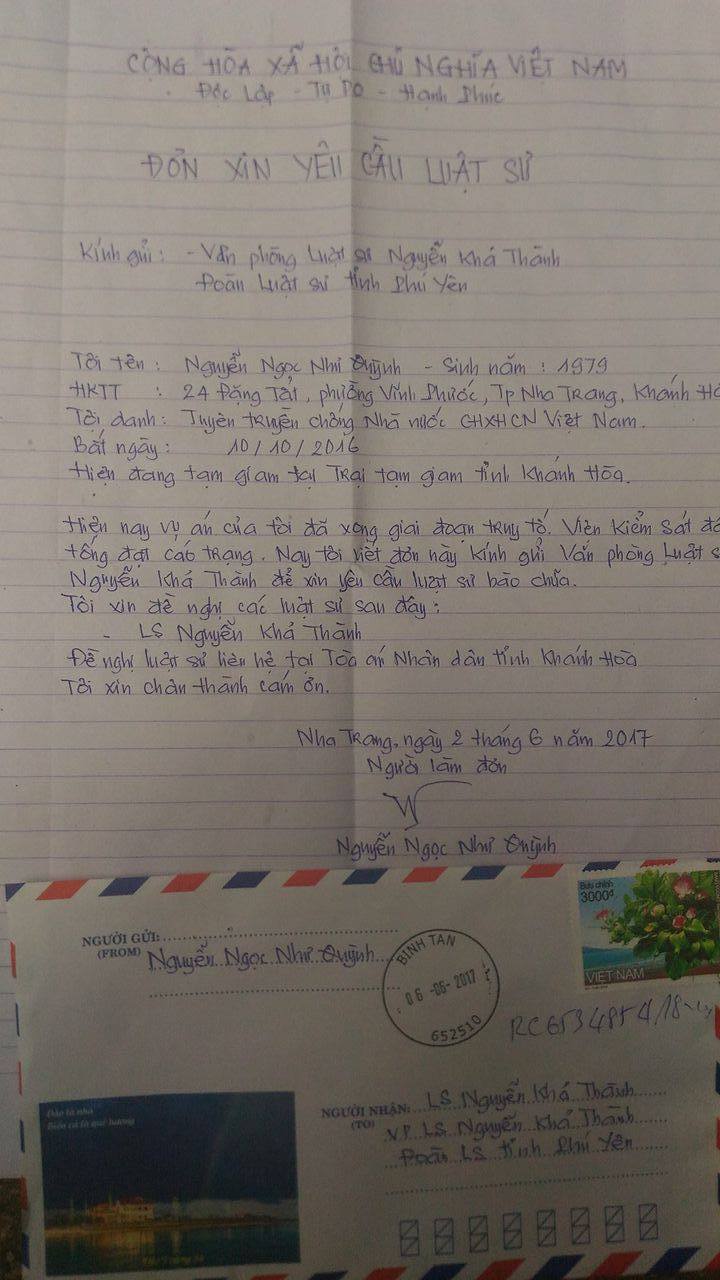 Nguyễn Ngọc Như Quỳnh, aka Mẹ Nấm (Mother Mushroom), is a prominent blogger and human rights defender. She was arrested on October 10, 2016 under Art. 88 (“propaganda against the socialist state”). She has not been allowed to see either a lawyer or her family since then.