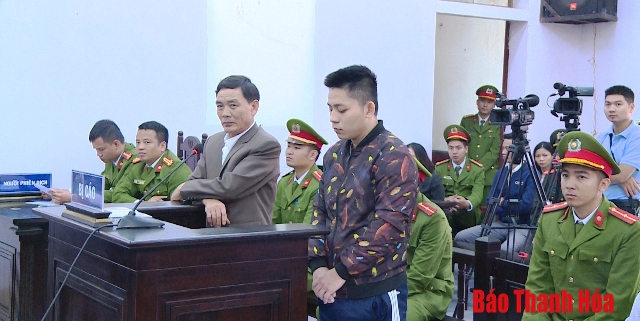 At the end of 2019, along with dozens of arrests and imprisonment sentences against prominent lawyers, activists, and scholars, the national regime and local authorities of Vietnam have again proved that their crackdown on freedom of expression is yet to end. In relation to Sea Square, a mega construction project funded by the powerful Sungroup, Thanh Hoa Province arrested and sentenced two ordinary citizens for merely speaking at a local party cell meeting. 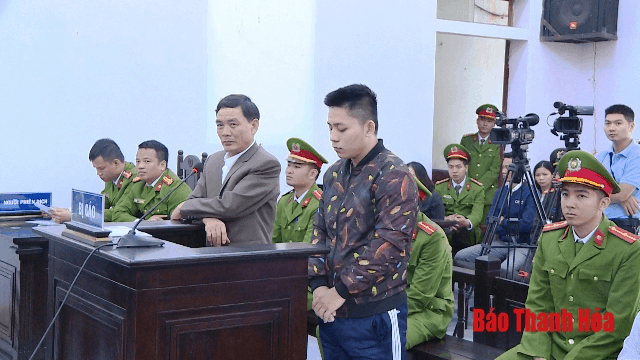 On November 27, 2019, in a trial at the People’s Court of Sam Son city, chaired by Judge Nguyen Van Nghi, Le Cao Dong (60 years old) and Le Van Tuan (34 years old) were sentenced to nine months and seven months of imprisonment, respectively, under Art. 318 of the 2015 Criminal Code for “disturbing public order,” simply because of their speech at a local cell meeting of the Communist Party on April 2, 2019. The meeting was organized by Trung Kỳ Quarter with the participation of Mai Van Liem, the Secretary of Communist Party of Sam Son City.

Sam Son residents gathered outside the court to show their support for the two unexpected “criminals.” Source: Lao Dong.

There are two different versions of the story about what happened. According to the indictment report and the accusation put forward before the court, the authorities asserted that Le Cao Dong and Le Van Tuan were not invited to the meeting. When the Secretary was talking about the importance of the construction of Sea Square and the resettlement plan for local residents, a group of “hostile individuals” formed in front of the place and shouted their disagreements. Le Cao Dong and Le Anh Tuan were not a part of the group, but they were accused of sneaking into the meeting and taking the microphone before talking about the residents’ dissatisfaction concerning the development plan. It should be noted that Dong and Tuan did not take any radical actions and also did not participate in the disruption of the meeting. But even if they did, the nature and the motivation of their actions should not be punished by criminal law.

There is another version of the story, put forth by the public’s testimony and stated in a complaint letter by Le Cao Dong. The case received national attention when Luu Binh Nhuong, a member of the National Assembly, forwarded Le Cao Dong’s urgent complaint letter to the People’s Supreme Procuracy to ask for a special investigation, and the media reported widely about this rare intervention of a representative on behalf of ordinary citizens. Phap Luat Plus, a newspaper, quoted representative Luu Binh Nhuong, saying that he transferred the complaint letter to the Supreme People’s Procuracy “to consider whether the investigative agency of Sam Son city’s public security abuses their power, violates human rights” and whether “the detention of Tuan and the prosecution of Dong aimed to intimidate” those who dared to express their discontent.

In the letter, Mr. Dong said that the accusation did not fit with the story of witnesses, who say that Dong and Tuan did ask to speak at the meeting and were allowed to do so. Several news outlets then contacted local residents who had participated in the meeting. They confirmed that Dong’s story was true, and in the meeting, Le Cao Dong only said that while a majority of the public supports the construction of the “Sea Square,” the Party and administrative officials should pay attention to and have a consultation with local residents. The land area intended for the construction is, after all, home to 600 households of fishermen and fish sauce makers who have been living there for generations. Without working out resettlement measures, it would be unreasonable to ask the residents to support the construction plan. Similarly, Le Van Tuan also asked to speak at the meeting and was permitted to so before he took the microphone. Yet, solely for that legitimate expression of concerns about how the resettlement and compensation planning was conducted, Le Van Tuan was put under temporary detention on July 24, 2019, and Le Cao Dong was placed under house arrest prior to the trial.

The Sea Square Development Project is a comprehensive plan to construct a complex in Sam Son city comprised of a residential area, parks, and several tourist attractions. Sungroup, one of the largest real estate investors in the country, is behind the project. While indeed, first and foremost, it is meant to serve the interests of the investor, Sea Square has also been dubbed as the key project for the socio-economic development of Thanh Hoa Province, and it seems to have received strong endorsement from Thanh Hoa Province authorities. But, official media outlets of the provincial authorities, including TTV – Thanh Hoa Radio and Television, and the official website of Sam Son city, complain that they still need the local population’s “participation” and “responsibility” in complying with the planning. State-owned media reported that many residents are still reluctant to give up their land, as they are concerned about the location of the resettlement and the compensation measures. This was precisely the content of Mr. Le Cao Dong’s speech, for which he is now imprisoned.

This is not the first time real estate investor interests have been connected to the so-called national or local political commitments. Sungroup has been accused by the public and activists of privatizing national parks and land, destroying wildlife and the environment for their personal gains, and even using state power to suppress concerns and criticisms in several projects, including but not limited to: Tam Dao national forest, Fansipan Legend, Ba Na Hills Mountain Resort, and the InterContinental Danang Sun Peninsula Resort. The alliance between the lucrative business groups and local authorities, which already have a track record of human rights violations, is exemplary in this case.

The Sea Square project would affect 1,500 households, with the possibility of forced eviction if any homeowner disagrees with the resettlement plan or compensation bill. The provincial People’s Committee has also initiated an intensive media propaganda campaign, antagonizing households or individuals who show dissatisfaction over the uncertainty of the project and their legitimate rights and interests. Newspapers and public notices have called them “people who lack awareness on the importance and necessity of the project,” “people who revoke and threaten other households to join them in violent protest,” etc.

The imprisonment of Le Cao Dong and Le Van Tuan is the latest development of violations against the legitimate right of the people to freedom of expression. This is a continuation of a worrisome trend in which not only outspoken activists are harassed and imprisoned, but ordinary citizens are also being persecuted under national security charges for simple expressions of concerns for their legitimate interests within the forums allowed by the regime. Local authorities seem to be more eager to please real estate investors than to respond to the needs of their constituencies. This dynamic of accountability is an irony in a so-called socialist regime: the interests of the capitalists now come first, not the well-being of disadvantaged citizens. The need for the right to freedom of expression and of political participation is not an abstract matter. Local authorities’ failure to respect them is threatening the well-being and livelihoods of hundreds of households in Sam Son city, because those speaking out on their behalf now find themselves behind the bars.

Brawls Broken Out and Arrests Made: The Loc Hung Vegetable Garden Crisis Wo...
Scroll to top