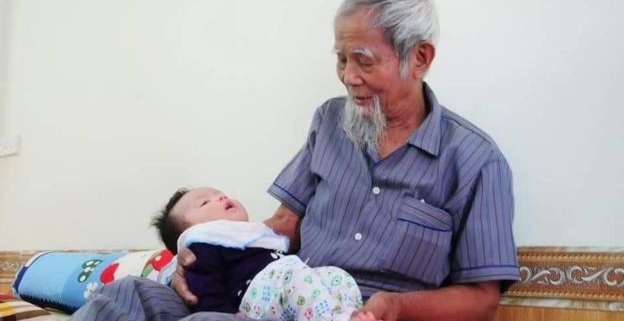 On January 20, in light of the recent brutality and human rights abuses in Dong Tam village, The 88 Project and seven Vietnamese human rights organizations sent a joint letter to EU Members of Parliament to call upon them to take action to postpone the ratification of the EVFTA until Vietnam shows genuine improvement on human rights conditions.
Even though the EU Committee on International Trade gave a green light on the EVFTA on January 21, the full vote by the European Parliament Plenary will not take place until February 10, and we will continue to advocate for a postponement of the ratification until then.
The full text of the letter and its signatories can be found below. Access a pdf of the letter, here.
For media inquiries, please contact Ms. Grace Bui, The 88 Project’s Advocacy Officer, at grace@the88project.org.
Featured Image: Le Dinh Kinh, who was killed in the Dong Tam raid, Source: BBC News
***

Dear Members of the European Parliament,

The government of Vietnam has consistently shown an utter disregard for human rights, and rather than reward such behavior with a lucrative trade agreement, the European Union must demand accountability according to the Action Plan on Human Rights and Democracy.

Only two weeks into the new year, the Vietnamese government has already significantly escalated a crackdown on civil society. At around 3:00 AM on 9 January 2020, some 3,000 police forces descended on Dong Tam village – the latest chapter in a long-simmering land dispute over the construction of an airport, which threatens to displace Dong Tam’s 9,000 residents. Without a warrant, police forced their way into the home of 85-year old village leader, Le Dinh Kinh, and shot him twice in the head. His wife has testified on video that the police tortured her to deliver a forced confession that her husband had threatened the police. Witnesses have recounted other acts of brutality by police. Dong Tam has been completely locked down, with Internet black-outs and cut phone lines – thereby escalating government oppression in a country already ranked among the worst in freedom of expression and information.

At first, the authorities refused to even release Le Dinh Kinh’s body until his family agreed to sign false documentation regarding his death. Meanwhile, several members of his family, along with more than 20 villagers, have been arrested on fabricated charges. Following Kinh’s death, hundreds of people donated more than $20,000 to support his family, but the Ministry of Public Security has arbitrarily frozen the account and denied the family access to these funds. Numerous Facebook posts and some accounts of human rights defenders have been blocked, making independent monitoring impossible. Rather than launch an independent investigation, authorities continue to intimidate civil society.

The Vietnamese government’s brutality in Dong Tam, including the killing of Le Dinh Kinh and mass arrests, along with efforts to censor any discussion of the land dispute and human rights abuses, is an escalation of an already appalling lack of respect for human rights that must not be rewarded with trade preferences. Furthermore, how can the European Union expect Vietnam to comply with its obligations to allow independent participation in the FTA if it routinely intimidates and detains civil society engaged in human rights monitoring? This is especially so as land rights and development related issues such as these will have important connections with international trade.

If the FTA is going to help the people of Vietnam, then ensuring the government makes concrete improvements before ratification is the only way to ensure the EVFTA is implemented in a free and fair way, committed to transparency and sustainability, and grounded in basic human rights. Therefore, while we support the EVFTA overall, we reiterate that ratification must be postponed until the Vietnamese government has made real changes.

We respectfully ask that as a Member of the European Parliament you take the following immediate steps in relation to Dong Tam:

We also request that as Members of the European Parliament, you postpone ratification of the EVFTA until the Government of Vietnam has made concrete human rights improvements:

While we deplore the brutality at Dong Tam, it further demonstrates the need for postponement of ratification of the EVFTA. This is a unique opportunity to exercise leverage over Vietnam. Please do not waste it.

Tran Thi Nga Released Early and Exiled to the US, Amidst Continued Crackdown...
Scroll to top