There are some kinds of inequality that we don’t hear much about, and the unequal application of human rights is one of them. For example, the United States has some of the most vehement protections for freedom of expression anywhere (thank you, 1st Amendment). While it’s not perfect, it’s ours, and the protections are substantial.

In contrast, Uyghur scholar Ilham Tohti was recently sentenced to life in prison for his peaceful work to promote Uyghur and Han Chinese understanding. My friend Tran Huynh Duy Thuc is serving a sixteen-year sentence for expressing his criticism of Vietnam (plus,  five years of probation). By the time he is free once more, he will have served 21 years, which is as long as I have been alive. What was Thuc’s grand crime, you ask? He blogged about societal and economic conditions in Vietnam and adopted generally pro-democratic activities. Iham and Thuc are only two examples of the thousands of people who are denied equal protection of freedom expression each year, even though freedom of expression is a right acknowledged under the International Declaration of Human Rights and the International Covenant on Civil and Political Rights, amongst others.

Another example of unequal human rights application can be found in criminal procedure. While most societies generally accept some form of due process, countless people are still held arbitrarily or without proper due process rights all over the world. In prison, many people lack access to sanitary conditions or communications with family or lawyers or are even subjected to torture. Vietnam is known to arbitrarily arrest and detain bloggers, including Thuc, whose arrest and detention was found as such by the UN Working Group on Arbitrary Detention. Yet, Thuc remains in prison. Vietnam also often uses bogus charges to silence opponents, such as the use of the charge of tax evasion in the case of Le Quoc Quan.
Until equal application of fundamental civil and political human rights can be secured– that is, rights to association, free speech, due process, and more— it will be all but impossible for nations to level other types of social and economic inequalities, like income or racial inequality. Inequality concerns must be voiced by the people, but if people do not have a voice they can express without fear of retribution, then no real progress on resolving inequality can be made.

The 88 Project strives to promote the right to freedom of expression through education and coordinated action. We hope that you will take the time to speak to a friend today about the importance of free speech. 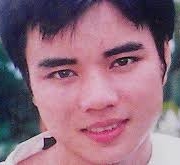