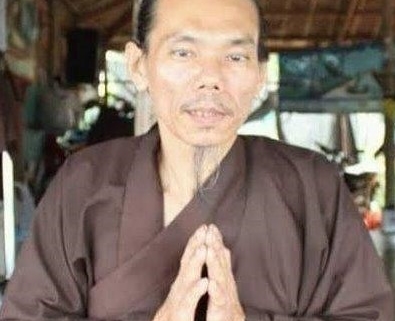 Greetings from The 88 Project! We are bringing you news, analysis, and actions regarding human rights and civil society in Vietnam during the week of May 21-27. Six Hoa Hao Buddhists’ sentences were upheld on appeal on May 24. Four activists sentenced alongside human rights lawyer and Brotherhood for Democracy founder Nguyen Van Dai will face their appeal trial on June 4. May 24 marked nine years since blogger Tran Huynh Duy Thuc was arrested; his family continues to pursue an appeal of his 16-year sentence. Pro-democracy activists Le Thu Ha and Nguyen Van Dien are in poor health in prison, and labor rights activist Tran Thi Nga hasn’t been allowed any family visits in prison. One of Mother Mushroom’s defense lawyers has officially been disbarred, and police this week detained and interrogated activists in two separate incidents. In Quang Nam province, women chained themselves to their homes in protest of the government’s treatment of their evictions. In the news, read about an issue of controversial tourism shirts, the double-edged sword of Vietnam’s corruption crackdown, and a reflection on the Dong Tam land dispute that happened a year ago. In case you missed it, former military officer Tran Anh Kim is in failing health in prison; his 13-year sentence was upheld a year ago this week. Please take action for Kim, as well as Tran Huynh Duy Thuc and Le Thu Ha. 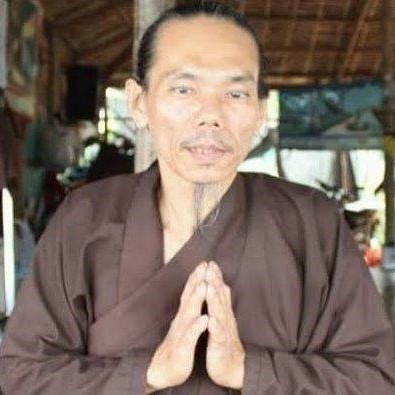 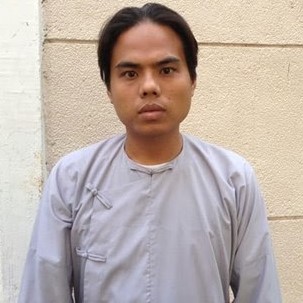 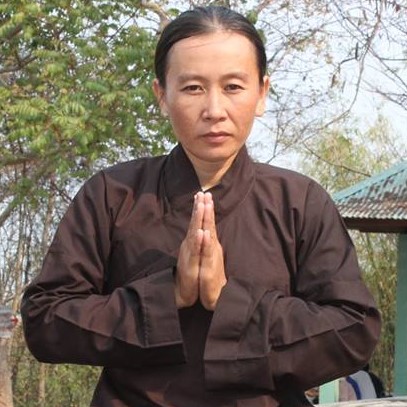 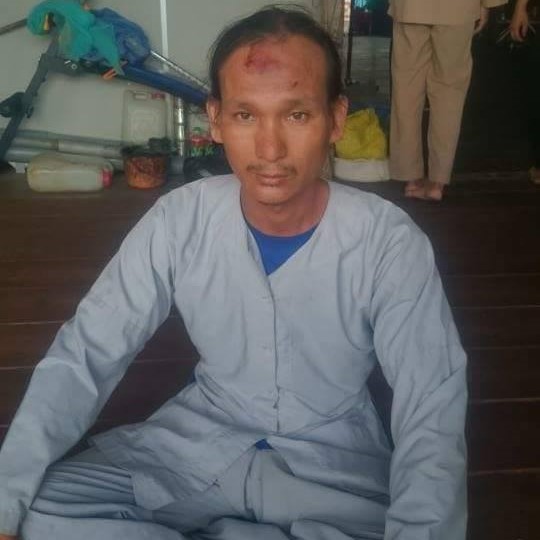 On May 24, a Vietnamese Court in An Giang province denied six Hoa Hao Buddhists’ appeals of their February 2018 sentences. The six (pictured left to right, from top), Bui Van Trung, Bui Van Tham, Le Thi Hong Hanh, Nguyen Hoang Nam, Bui Thi Bich Tuyen, and Le Thi Hen (not pictured), were sentenced to prison terms ranging from a two-year suspended sentence to six years in prison for disturbing public order. However, many believe that their case is one of religious persecution. The six were originally arrested in June 2017 after protesting police actions against followers at a private ceremony at Bui Van Trung’s home to pay tribute to his deceased mother. Authorities tried to prohibit relatives and other Hoa Hao Buddhist followers from attending the appeal trial in support of the six. 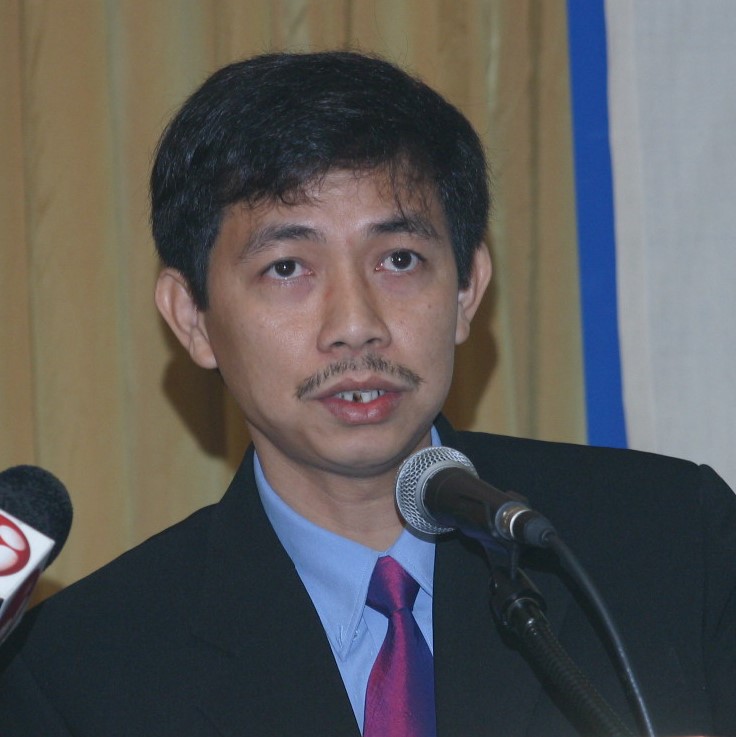 May 24 marked nine years since entrepreneur and blogger Tran Huynh Duy Thuc was arrested. He was tried in January 2010 on charges of subversion and sentenced to 16 years in prison for his political, economic, and social commentary. Even while imprisoned, Thuc has stayed engaged with the pro-democracy and human rights movement in Vietnam. He also has advocated for the rights of other prisoners and has taken several hunger strikes to protest unfair prison conditions. He has refused exile from Vietnam in exchange for early release from prison. Thuc is appealing his sentence in light of changes to Vietnam’s Criminal Code. Under his current sentence, he is due for release in May of 2025. Read our reflection on his case and his contributions to Vietnamese civil society, here. 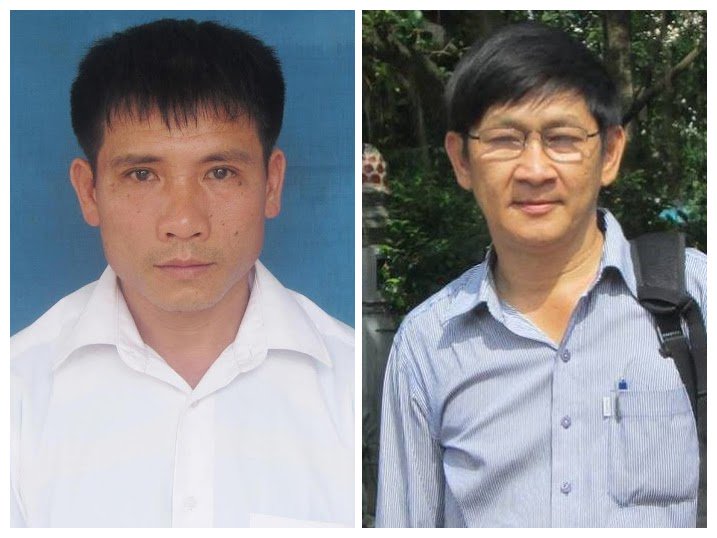 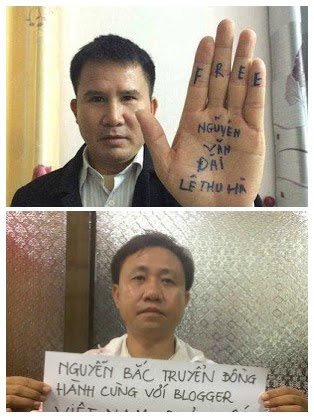 Three Brotherhood for Democracy members– Nguyen Trung Ton (left), Truong Minh Duc (middle), Pham Van Troi (top right)– as well as religious freedom activist Nguyen Bac Truyen (bottom right), will face their appeal trial on June 4. The four were sentenced alongside Nguyen Van Dai and Le Thu Ha on April 5, 2018, and received between 7-12 years in prison for their peaceful pro-democracy activities. It is reported that Dai and Ha have not appealed their sentences. 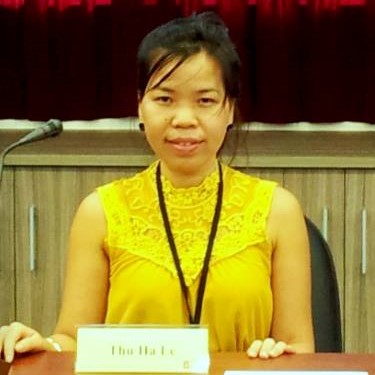 Le Thu Ha is not doing well in prison. She is very thin and weak and engaged in a hunger strike. In an interview with SBTN on March 30, 2018, prior to Ha’s trial, her mother also shared that the last time she saw Ha on February 9, 2018, Ha appeared to be in a mental breakdown, but she continued to maintain her innocence and assured her family not to worry about her. Her family is struggling to support her, as her mother is the sole provider in the family. Please take action for her, in the section below, if you can help. 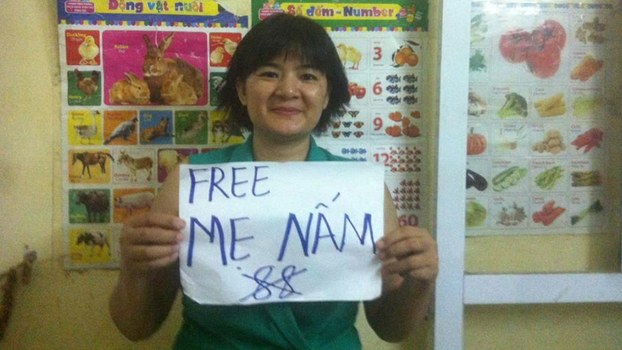 Tran Thi Nga holds a sign calling for the release of imprisoned blogger Mother Mushroom in October 2016. Source: HRW
Tran Thi Nga has not been able to meet with her kids since her arrest 15 months ago. Her family believes this is because she has maintained her innocence. Nga was arrested in February 2017 and is serving a nine-year sentence for her activism, including advocating for the rights for migrant laborers. 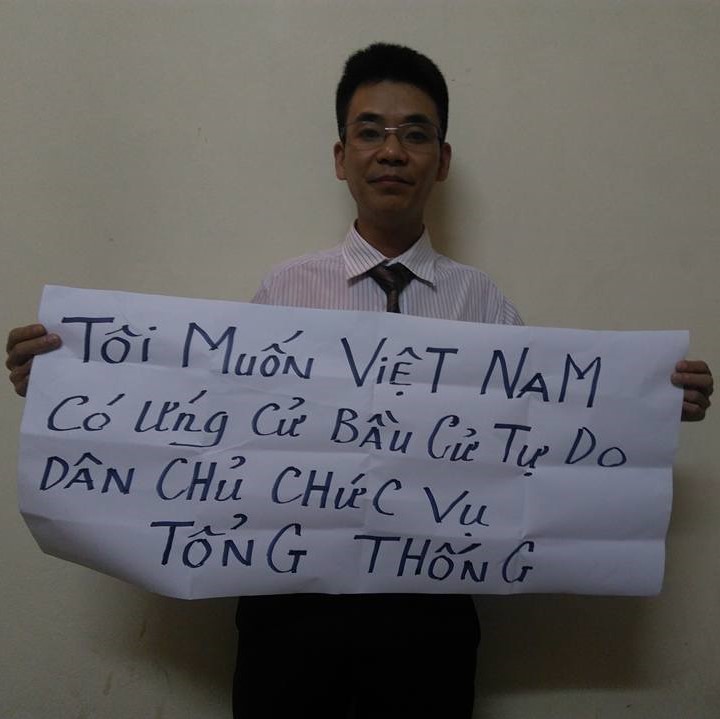 Nguyen Van Dien, sentenced to 6.5 years in prison under Article 88 in January 2018, is suffering from poor health and insufficient supplies, his lawyer shared on social media after visiting him on May 25. Dien suffers from a stomach bug that has not gone away with the perfunctory treatment by the prison’s infirmary. The food in prison is not hygienic. His family can only send food supply once a month, yet they have to buy the food from the cantine of the prison itself to send to Dien, and are not allow to buy more than 400,000VND each time ($20). The family is not allowed to send money directly to Dien, so he lacks basic necessities. Dien is currently awaiting his appeal trial.

Activists at Risk
The Vietnam Bar Association has upheld the decision of a local organization to take away Vo An Don’s license to practice law. Don had appealed to the November 2017 decision to the national level after he received a notice disbarring him just days before he was set to appeal Nguyen Ngoc Nhu Quynh’s 10-year sentence. Don believes he has been targeted for his work defending Quynh and others in political cases, but he says he will continue his work.

Police briefly detained and interrogated dissident writer and former political prisoner Nguyen Xuan Nghia after a man came to his home and asked him to describe items in Pham Doan Trang’s book “Politics for Everyone.” Police rushed in to detain him shortly after the man appeared at his home and handed Nghia copies of the book. The book is banned in Vietnam. Nghia previously served five years in prison. Police also detained activist Nguyen Anh Tuan this week for his Facebook posts critical of Vietnamese company Vingroup. They took away his passport and ID and threatened further action if he does not remove the posts.

Environmental Activism/Community at Risk
Ten women in Quang Nam province chained themselves to their homes this week in protest of government eviction and unfair compensation for their land. The women believe they are being compensated for their land at a lower rate than what the law stipulates, but the government claims that the women’s land was processed at a time when lower compensation rates still applied. Forced eviction for development projects is common in Vietnam.

When Chinese tourism is unfashionable in Vietnam: “In a liberal democracy, a shirt with a controversial message might stir internet outrage then fade quickly from the headlines. In Vietnam’s one-party state, it is notable that locals are willing to restrict the tourists’ free expression in clothes. Few have pointed out the double standard, as Vietnamese citizens themselves face further muzzling if officials approve a new cyber-security draft law now making its way through the legislature.”

Vietnam drives to revive its ‘moral’ revolution: “Trong’s ongoing purge is thus just as ideological as it is political. Self-transformative thinking, Trong has warned, ‘could lead to collaboration with sinister and hostile forces’ that might destroy the Party. Indeed, the morality campaign has been coupled with what democracy activists say is the strongest crackdown on dissent witnessed in decades. In a Vietnam now populated largely by those born after doi moi, a 1986 policy that started the free market reforms that have replaced the previous command economy with capitalism, the purpose of the Communist Party has looked increasingly specious in recent years.”

Whatever happened to… the standoff at Dong Tam: “A year after the standoff, no villagers have been arrested and the land remains undeveloped. Although a criminal investigation was opened in June, the multiple summonses that have been issued to alleged participants have thus far gone ignored and the government apparently has not pressed the issue. ‘They threatened us, but no one has come to arrest us,’ said Hieu. The government initially determined in July that the land in question did in fact belong to the military and that a lease to local villagers had expired in 2012. The case is ongoing, however, with a team of five lawyers arguing the villagers’ case pro bono. Private ownership of land in Vietnam officially does not exist under the law, although de facto ownership through usage rights is allowed. The law is less clear on the concept of communal ownership, a problem that arises more often in remote rural minority villages.” 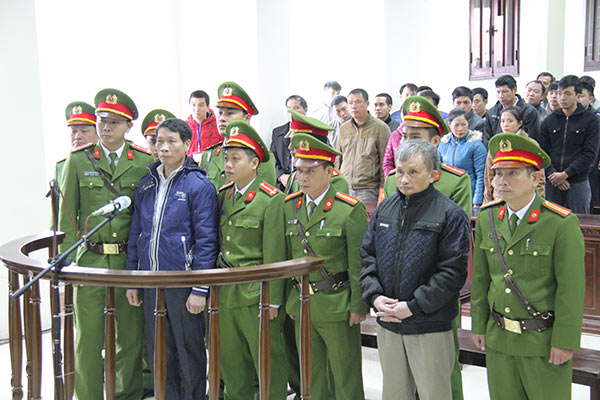 Tran Anh Kim, a pro-democracy activist and former military officer, is in poor health in prison, suffering from prostate inflammation. You can take Amnesty International’s Urgent Action for him, calling on Vietnam to provide him with proper medical care and immediately release him from prison. Kim’s 13-year sentence was upheld on appeal just over one year ago, on May 26, 2017.

Please take action for Tran Huynh Duy Thuc for the occasion of the ninth anniversary of his arrest. We ask you to share the information on his case with your networks, continue to advocate for his release by writing your representatives and the Vietnamese government, write to his family at the address below to support them in their long journey to demand justice for Thuc, as well as donate to the Conscience Foundation with a specific request to support his family.Tran Huynh Duy Thuc’s family’s contact information:
Tran Van Huynh
439 F8 duong Phan Van Tri
Quan Go Vap
TP HCM
Tel: +84903350117

Please also take action for Le Thu Ha. The Conscience Foundation requests 4 million VND/month (approx. US$ 175) for the family to visit Lê Thu Hà and look after Lê Thu Hà’s mother until the time of her release from prison.