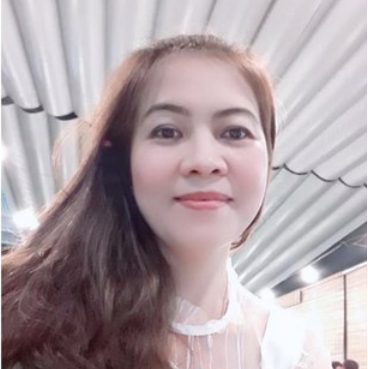 According to Vu Giang Tien, sister of Vu Thi Kim Hoang, Hoang has not been sharing her views on her Facebook account. Hoang was not known for her role in political activism.

We noticed that Hoang simply uploaded some of her profile pictures with picture frames supporting the leader of Dong Tam community, Le Dinh Kinh; the Hong Kong democracy movement; and commemorating the Gac Ma battle. Furthermore, she shared others' Facebook posts on topics of anti-corruption, Vietnamese activists, protests in Myanmar, the 2021 election in Vietnam, the BOT movement etc; without any captions or additional commentary when sharing.

She has two children. Her husband, Nguyen Thai Hung, was arrested on the same day as her.

Vietnam police arrest couple as they livestream criticism of the government, RFA, January 10, 2022.

On January 5, 2022, local police in the southern province of Dong Nai broke into Nguyen Thai Hung's home and arrested him and his wife, Vu Thi Kim Hoang, while he was live streaming criticism of the government on YouTube.

Hung was arrested while the camera was still rolling, therefore, the viewers of the livestream were able to witness the incident, which was recorded by RFA and is available here.

According to the recorded video, Hung was talking about the new law on traffic violations. About 20 minutes into the broadcast, Hung suddenly heard something that sounded like glass breaking, so he left his computer to see what was happening. Shortly after, a man in an orange “Electricity of Vietnam” uniform appeared in the livestream frame, shouting, “Stay still. Don’t move.” At that point, the webcam was turned down to show only a corner of the table and what looks to be a script. The surreal video clip, which captured the sounds of breaking glass and shouting men, has since gone viral.

Vu Giang Tien, the sister-in-law of Hung, said that the incident took place around 6 pm on January 5. Four men suddenly entered the house and broke the glass door to open it. The two kids of Hung and Hoang were taken to an upstairs room to be interrogated, which is totally unlawful. Shortly after, many uniformed police came and surrounded the house. They searched the house, making a mess; then they arrested Hung and his wife. The intense forceful entry made it seem like a burglary at first. The couple was taken away around 10 pm.

At the time, the couple’s family was neither shown any warrants for arrests nor told why this had happened.

When the family asked why Hoang was also arrested, the police said they needed to keep her for investigation because she was involved in concealing a crime.

On January 7, 2022, the family went to the Tan Phu police station to find out more and were handed an announcement by police, stating that Hoang had been arrested for “abusing democratic freedoms” under Article 331 of the 2015 Criminal Code.

The Dong Nai authorities have yet to make any official statement on Hung’s case. He is still being held and the family has not been allowed to see him since his arrest.

Noticeably, Hoang has been transferred to the Long Thanh District public security detention center and held there, while she is a citizen of the Tan Phu District.  Her family has not been allowed to see her since the arrest. 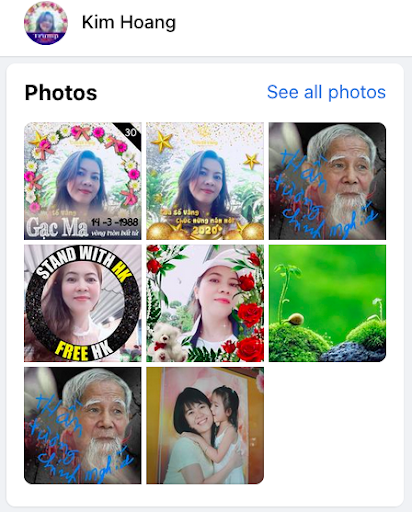 Vietnam police arrest couple as they livestream criticism of the government, RFA, January 10, 2022