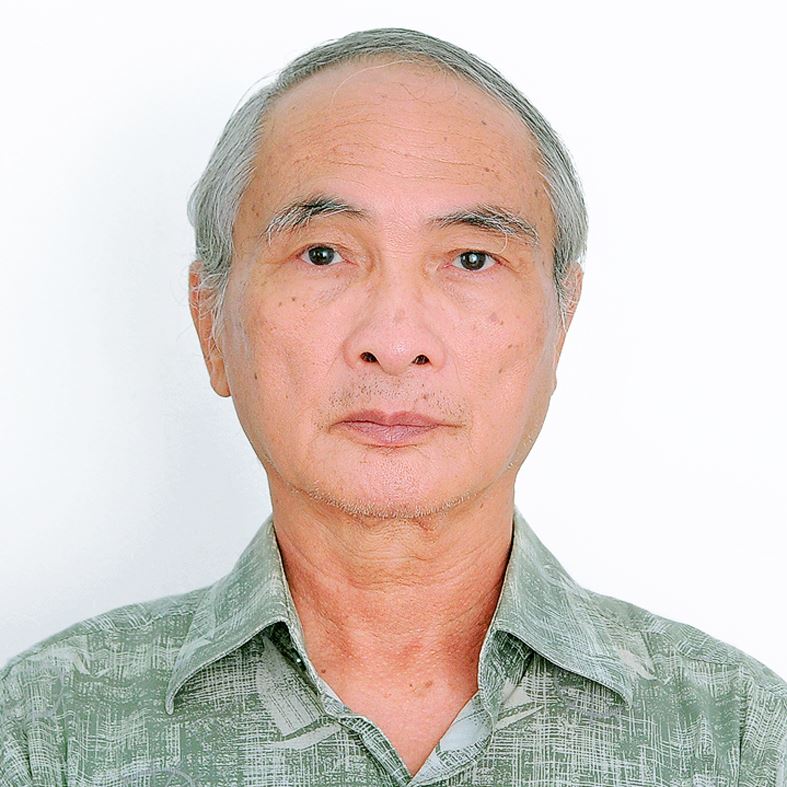 Hoang Hung was born in 1942 in Hung Yen province. His real name is Hoang Thuy Hung. He is the 6th child of Hoang Thuy Ba, one of the first doctors that graduated in Paris from Indochina University. In 1965, he earned his bachelors degree in Literature from the Hanoi University of Pedagogy. He worked as a reporter and editor for People’s Teachers Newspaper, under the management of Ministry of Pedagogy, from 1973-1982. He was arrested and served three years, from August 17, 1982 to October 29, 1985, at a re-education camp for the “crime” of “spreading reactionary cultural products.”

From 1987 to 2003, he worked for various newspapers and then retired. He then worked as editor for talawas.org, Bauxite Vietnam.

Hoang Hung was arrested on August 17, 1982 and later sentenced to 39 months in prison for spreading “reactionary” products.

In 2014, together with many other writers, he established the Association of Independent Writers of Vietnam, and the group has been active ever since. In 2013 he joined an education group, Canh Buom, initiating a psychology book series. And in 2019, he founded a website dedicated to psychological education, tamlyhocgaoducwordpress.info. He initiated the Funds for Lunar New Year’s Gift for Political Prisoners and publicly raises funds to support the families of political prisoners. He raises his voice on political issues and encourage young and influential writers, translators, and researchers to contribute to the development of Vietnam.

On November 19, 2017, Hoang Hung and 37 other people and several organizations announced a statement regarding the kidnapping and detention of Nguyen Quang A, Pham Doan Trang, and Bui Thi Minh Hang on November 16, 2017, and “demand[ed] the Vietnamese authorities to immediately cease their attacks on and harassment of civil society activists, open right away an investigation into the incident as mentioned above, and announce the findings to the public as soon as possible.”

On September 12, 2018, Hoang Hung and hundreds of other people sent a petition to ask the Vietnamese government to release political prisoner Tran Huynh Duy Thuc on the grounds that the 2015 Penal Code of Vietnam is different from the 1999 Penal Code, on which Thuc's sentence was decided.

On December 10, 2018, Hoang Hung and 33 other individuals and several organizations sent a petition to ask for improvement of prisoners’ lives. The petition also asked the Vietnamese government to release political prisoner Tran Huynh Duy Thuc immediately.

On January 2, 2019, Hoang Hung and hundreds of individuals and organizations sent an appeal to urge the Vietnamese government to do eight things, among them: unconditionally release all political prisoners, hold free elections, enact extensive legislative reforms, and respect the freedom of press and freedom of speech.

On July 29, 2019, Hoang Hung and hundreds of individuals and organizations announced a Bien Dong statement to urge the Vietnamese government to sue China over alleged violations of Vietnamese sovereignty.

On August 16, 2019, Hoang Hung and hundreds of individuals and organizations sent a petition to urge the Vietnamese government to do several things in response to alleged violations of Vietnamese sovereignty, including suing China and collaborating with countries with which Vietnam does not share borders, such as Japan, the US, etc.

He lives with his wife in Ho Chi Minh city.

The 8-point appeal of the Vietnamese people, Bauxite Vietnam, January 2, 2019