The 88 Project, February 25, 2018: Prominent activist Pham Doan Trang is facing risks of imminent arrest and formal prosecution in Hanoi where she is visiting her mother for Lunar New Year.

On February 24, she was arbitrarily and forcefully taken into custody by Vietnamese authorities. Her mother was tricked into opening the door for the police who posed as staff of the EU delegation coming to visit. She was abducted from her mother’s house in Hanoi at 2pm by the police to be interrogated about her recently-published book, titled “Chính trị bình dân” (Politics for the Masses), without an arrest warrant. Trang was taken back home after 10 hours, at midnight, but has to continue to “work” with the police in the coming days. The police warned her to not try to escape, as, they said, the area is heavily watched. Electricity and Internet are cut off from the house. Trang informed fellow activist Trinh Kim Tien via the phone about the situation, which was how word got out. As of Sunday February 25, several activists in Hanoi are being closely watched.

These are the signs that a serious investigation is ongoing against Trang, and that she faces risks of imminent arrest and formal prosecution. Trang herself thinks the authorities are preparing to arrest her, and posted a bilingual letter on her Facebook page to thank those who support her and assert her commitment.

Also, two weeks ago, two packages that included copies of her book “Politics for the Masses” were intercepted and confiscated by the post office of Da Nang city. The confiscation was even announced in state-owned media.

Trang is no stranger to government harassment.  Trang was previously detained in November 2017 for participating in a meeting with the Political Counselors of the EU Member States at the Office of the EU Delegation to Vietnam. In May 2016, she was kidnapped by security forces when she was on her way to a meeting between then-US President Barack Obama and civil societies in Hanoi. In 2015, she was brutally beaten by security forces while participating in a peaceful demonstration to protest Hanoi’s plan to chop down thousands of aged trees in the city’s center. Her legs are still in pain from the injury caused by the assault.

Just last week, Trang was announced as the winner of the 2017 Homo Homini Prize from People in Need “for the courage she employs while tirelessly pursuing a democratic change within her country, despite harassment and persecution.”

Please take immediate action for Pham Doan Trang to protect her from being arrested by raising concerns with the Vietnamese governments about her arbitrary temporary detention and by sharing information about her situation. 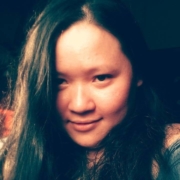