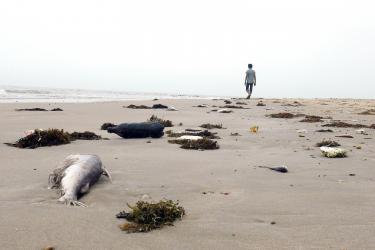 Greetings from The 88 Project! We are bringing to you news, analysis, and actions regarding human rights and civil society in Vietnam during the week of April 10 to 16. The pre-trial detention time limit for lawyer Nguyễn Văn Đài and Ms. Lê Thu Hà has come to an end but there’s still no news about a trial. A violent clash between farmers and local officials over land disputes this weekend is causing concerns among the public for the safety of those involved. There are more developments in environmental activism surrounding the Formosa disaster, wherein the authorities started a series of prosecutions against protesters in Nghệ An province. The Vietnamese Public Security Ministry proposed a draft bill to ban the use of recording devices, which would restrict the work of citizen journalists. A report from Amnesty International revealed the shocking scale of the use of the death penalty in Vietnam. And there is more news on violence against human rights defenders, the situation of asylum seekers in Cambodia, and Vietnamese human trafficking victims in Scotland. Last but not least, please do take action for the three human rights activists who were arrested in January and who are now being held incommunicado, facing the risks of torture and ill-treatment.

And please do not forget to subscribe to receive the newsletters weekly by email!