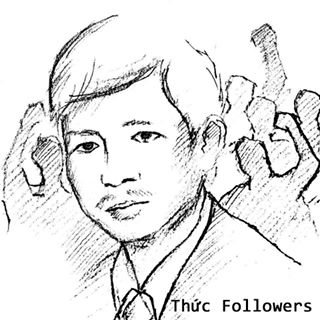 The 88 Project, February 16, 2017: Followers of Tran Huynh Duy Thuc, a prominent Vietnamese political prisoner, have started two petitions on change.org to “urge VietNam Communist Party as well as the Parliament to hold a referendum for free election and on transformation to a multi-party political regime with the attendance and monitoring of the civil society groups across the nation.” The petition in Vietnamese has received 767 signatures after two weeks.

Thuc-Followers is an online community of almost 2,500 Vietnamese who agree with and follow Tran Huynh Duy Thuc‘s vision for a peaceful political change in Vietnam. This petition reflects the viewpoint that sustainable change must come from within the country, starting with giving the Vietnamese people political rights and equal participation in the political process, as individuals and as organized groups, that is, political parties and civil society organizations.

It should be noted that matters of multipartyism and free and fair elections are considered “politically sensitive” in the one-party communist regime in Vietnam. Members of opposition political parties are often the primary targets for harassment, persecution, and imprisonment by the regime’s powerful public security apparatus.

See and sign the petition in English here to support this vision of peaceful political change for Vietnam. The petition in Vietnamese can be found here.

What will the future hold for Vietnam, our country?

More than 41 years since the reunification day, the one-party regime has steered the country to degradation in all aspects : economy, culture, education, law, social welfare and national defense.

VietNam is going against the development trend of the world. Freedom is restricted, liberal views are discouraged and human rights are disregarded severely. One of the most obvious reasons preventing us from chosing talented persons to lead and to develop the country seriously is the lack of free and fair elections. Therefore, giving Vietnamese people a chance for free elections and sel-determination rights will open a new bright era for the country.

All other political parties should be reconized as legitimated ones and given all equally functions within the context of law. Via their votes in free elections, people will form a healthy political regime for their country, boost economic growth, renovate culture and secure national defense.

Facing the current instability all over the world, other countries reinforce their security and national defenses, Viet Nam is alone in the fight against China on the South China Sea conflict. The voice of the people on that matter is one of the strongest weapons but it is getting ignored by the government. Vietnamese people cannot control their own destiny as well as their country’s.

For the above reasons, we – Thuc-Followers urge VietNam Communist Party as well as the Parliament to hold a referendum for free election and on transformation to a multi-party political regime with the attendance and monitoring of the civil society groups across the nation. It is time for the government to practically prove their actions on realizing their well-known motto “justice, democracy and civilization”.

We call for all Vietnamese citizens and others around the world to take part in requesting Vietnamese government to hold a referendum. Please join us in signing this petition. Your co-operation will help to make changes for the country in which human rights and civil rights are respected. All signatures in this petition will be sent to the Parliament to urge them for action.