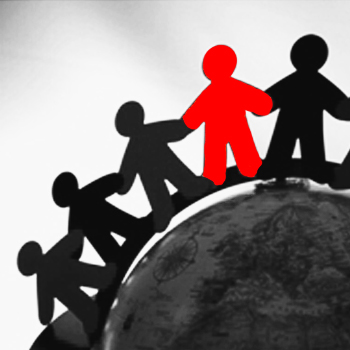 A few people told me, political dissidents are merely a minority. Not many people know them. And they risk their personal life for too little political gain.

Of course I disagree.

Hasn’t Margaret Mead once said: “Never doubt that a small group of thoughtful, committed citizens can change the world. Indeed, it is the only thing that ever has” ?

A minority of brave individuals who speak out and point out fundamental flaws of a political system actually contribute to challenge the boundaries of what is politically permissible. Once their voice is heard, domestically and internationally, (which means when their personal freedom actually becomes at risk), rulers don’t have choice but to re-negotiate the boundaries of political limits, and everybody benefits from the newly extended political space.

John Wagner Givens has put this idea more eloquently, regarding the role of dissident lawyers in China: “the courageous efforts of the handful of prominent lawyers who have suffered at the hands of the authorities have pushed the envelope of what is permissible, allowing their lesser-known counterparts greater freedoms.”

Democratization is a process. Dissidents are a minority, but they play a role in the democratization  process. Dissidents are a minority. But human rights are first of all individual’s rights – the rights of each and every individual to express what they believe, to connect and rally with like-minded individuals, to pursue the happiness they define for themselves (and not the kind of happiness their government imposes on them), as long as they do not cause harms to legitimate interests and rights of other people by engaging in violent actions.

And precisely because political dissidents are often a minority that their rights and freedoms must be protected. We do not need to see millions of people being silenced or put in jail to claim there is a violation of human rights. Violation of human rights occurs when one person, a single person, is deprived of free expression and liberty only because their government dislikes their political opinions. What happens to that individual today can happen to other people tomorrow.

Behind the scenes: shooting “88 – The Repression of Cyber Dissidents”...