Greetings from The 88 Project! We bring you news, analysis, and actions regarding human rights and civil society in Vietnam during the week of May 10-16, 2021. A former police officer was arrested for his Youtube channel. The UN published a report on the impact of disinformation on society. A Berlin court confirmed Vietnam’s involvement in the abduction of an asylum seeker in Germany. Clampdown on social media continues as a private advertising firm is fined and suspended.

Le Chi Thanh, a former police captain who’s become a vocal government critic with a large following on Youtube, was arrested on April 14 for “obstructing officials carrying out duties.” Prior to his detention, Thanh had retained a lawyer whom he was not allowed to see until May 10. His YouTube channel is wildly popular, containing video clips of police abuses. Some clips garner hundreds of thousands of views. While he’s being charged under Article 330 of the 2015 Criminal Code, authorities said they are considering an additional charge of “abusing democratic freedoms” under Article 331.

Nguyen Thuy Hanh is a prominent activist and the founder of the ‘50k Fund’. The fund collects donations and provides financial support to the families of prisoners of conscience. On April 7, 2021 Hanh was arrested for spreading “propaganda” opposing the state. Before her arrest, we sat down with Hanh to discuss the challenges of organizing and administering the fund.  Pressure from the authorities, and the deep sense of responsibility she feels towards the families of those in prison, has had a significant impact on her mental health. In this interview, Hanh talks to us about her struggle with depression, her relationship with the police, and the joy that the fund brings to her life. 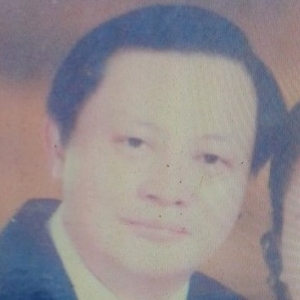 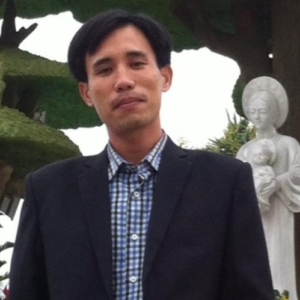 The UN Human Rights Council has published a critical report on the impact of disinformation on society, particularly its growth in environments where human rights are not adequately protected, and where independent media are not robust enough to fight back against deliberate falsehoods by the state.

Persisting Issues In The Vietnamese Garment Industry, Aerolyne Reed, The Vietnamese, May 12, 2021: “On April 15, 2021, the Australian Human Rights Commission (AHRC) in collaboration with Australian Aid, and the Vietnam Chamber of Commerce and Industry (VCCI) published a set of guidelines in a primer entitled ‘Responsible business conduct and the apparel and footwear industry’ to help these two industries in their operations in Vietnam. Their goal in releasing these rules was to ‘highlight some of the human rights challenges and issues that arise in the apparel and footwear industry in [Vietnam] and [to] provide practical steps grounded in international frameworks and principles. These guidelines [have]  been designed to assist businesses operating in [Vietnam] to understand and meet their responsibility to respect human rights.’”

Vietnamese Social Media Platform Fined, Suspended Over Vague ‘Violations’, Anna Vu, Radio Free Asia, May 10, 2021: “VNbrands.vn, belonging to the Vietnam Digital Brands Joint Stock Company, was fined 105 million Vietnamese dollars (U.S. $4,100) on May 7 by Vietnam’s Authority of Broadcasting and Electronic Information for what authorities said was an inadequate disclosure of service conditions and agreements on its homepage. VNbrands’ operating license was also suspended for eight months, media sources said, adding that the company had further provided ‘insufficient or inaccurate’ information related to its license and owner’s name.”

Japanese PM Suga Talks Maritime Security With Vietnam’s President. Sebastian Strangio, The Diplomat, May 12, 2021: “On Tuesday, during a phone conversation with Vietnamese President Nguyen Xuan Phuc, Japan’s Prime Minister Suga Yoshihide said that his government ‘strongly opposes’ China’s growing assertiveness in the maritime domain. As per the Japanese Foreign Ministry, Suga repeated to Phuc his earlier conviction that Japan and Vietnam were important partners in Tokyo’s efforts to realize a ‘free and open Indo-Pacific.’ He added that the Japanese government has particular concerns over China’s ‘unilateral attempts to change the status quo in the East and South China seas,’ including its recent introduction of a law allowing the Chinese Coast Guard to use weapons against ships it views as intruding into its territory.”

Vietnam’s tug of war with China over Laos. Nguyen Khac Giang, East Asia Forum, May 12, 2021: “China has overtaken Vietnam as the largest investor and lender in Laos. Keeping Laos by Vietnam’s side is a top foreign policy priority for Hanoi. The question is how without engaging in costly competition with China. Laos is Vietnam’s most trusted friend. The two communist states fought together against the United States during the Vietnam War. It would have been difficult for the Pathet Lao to come to power in 1975 without the support of Hanoi. Without the support of Lao communists, the Ho Chi Minh trail — which played a vital role in North Vietnam’s victory — would not have been possible.”

Vietnam Election 2021: Twelve Milestones That All Voters Should Know, The Reporter, The Vietnamese, May 14, 2021: “It is correct that Vietnam is an authoritarian regime, and probably many people know this as well. However, we suggest that trying to understand our system right now is still a better strategy if we want to strive for a democratic election in the future. We think it is a better option than just complying and voting unconsciously or strictly complaining and disregarding it. It is because if we want to understand democracy, then we should try to understand the complicated yet undemocratic Vietnam’s electoral system currently is.”

Please consider taking our content survey to let us know what content you find most helpful, how we can improve our work, and what you’d like to see in the future. Fill it out here.