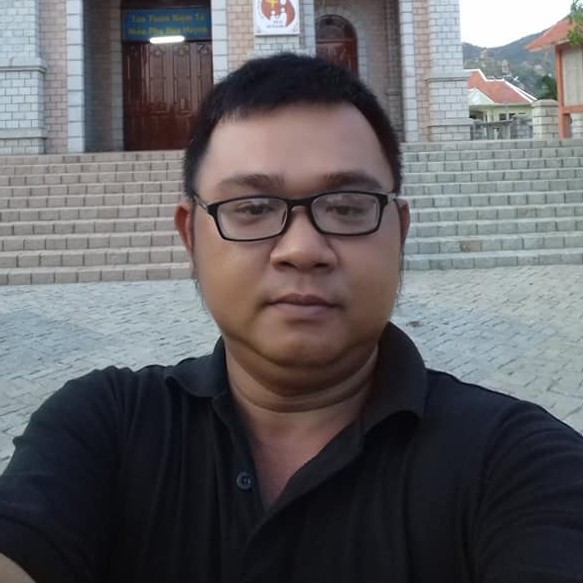 Thi was born while his father, Nguyen Ngoc Cuong, a former political prisoner, was being held in prison. Like his father, Thi advocates for democracy.

In the first instance trial on October 21, 2011, the People’s Court of Dong Nai Province accused them of “conducting propaganda against the socialist state,” under Article 88 of the 1999 Penal Code and sentenced Thi to two years in prison. Meanwhile, his father was handed a seven-year sentence. His wife received an 18-month suspended sentence due to being pregnant.

After an appeal trial on May 4, 2012, the Supreme People’s Court of Ho Chi Minh City reduced Thi’s conviction to a year and a half because of his main role in a family with two small children. His father and wife’s convictions were upheld.

Thi is married to Pham Thi Bich Chi, who also supports Thi’s political views and his activism. They have three children. Due to his previous prison sentence, he is now facing challenges in getting a job to support his family.

March 26, 2019: detained during a trip with Pham Thanh Nghien’s family

In March 2019, former political prisoners Huynh Anh Tu and Pham Thanh Nghien’s family visited Nghien’s hometown in Hai Phong province. Because Tu does not have any legal documents to be able to travel alone, Nguyen Ngoc Tuong Thi accompanied him on the train trip on March 25.

Early in the morning on March 26, Thi was suddenly detained at the police station of Dong Hai 1 ward, Hai An district. When Nghien’s older sister went to the police station to check on Thi, police also asked her to bring Huynh Thanh Tu there to declare his temporary residence at her house. Before releasing Thi at 9:40 am, police also said that Nghien’s and Tu’s families were under surveillance.

April 10, 2019: summoned after his trip with Pham Thanh Nghien’s family

On April 10, 2019, Thi received an invitation from public security to work on some “related issues.” This invitation was sent a few weeks after Thi’s detention in Hai Phong Province during a trip with former political prisoners of Pham Thanh Nghien and Huynh Anh Tu.

According to Pham Thanh Nghien, those related issues were about his trip to Hai Phong Province, his relationship with Nghien’s family, and his Facebook activities, as well as securing his commitment to the public security to not participate in demonstrations on April 30, Vietnam’s Reunification Day. 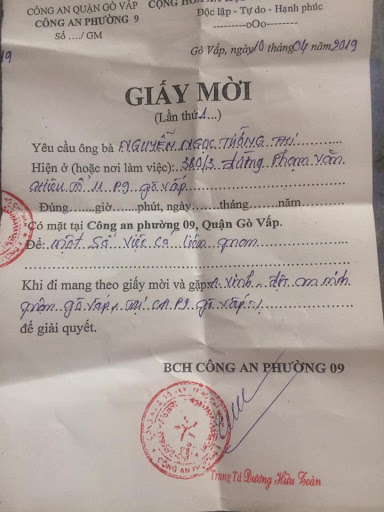