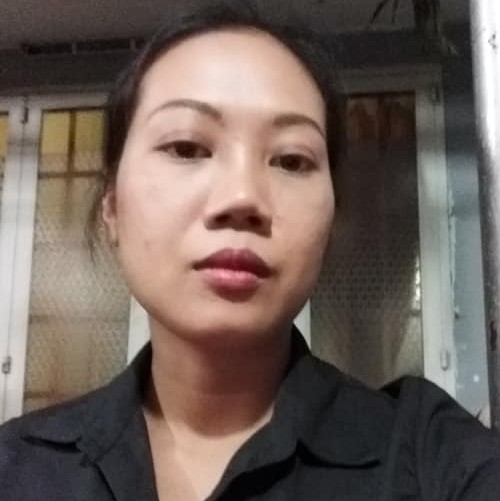 Chi’s husband is Nguyen Ngoc Tuong Thi, is a former political prisoner. Along with her husband, as well as her father-in-law, Nguyen Ngoc Cuong, Chi also advocates for democracy.

In the first instance trial on October 21, 2011, the People’s Court of Dong Nai Province accused them of “conducting propaganda against the socialist state,” under Article 88 of the 1999 Penal Code. Chi was said to support creating 3,000 leaflets with anti-state content, which Thi and Cuong later used to distribute along the National High Way 1A, from the area of Lang Me Hamlet, Xuan Dong Commune, Cam My District, to Tan Bien Ward, Bien Hoa City, Dong Nai Province.

At the end of the trial, Chi was handed an 18-month suspended sentence due to being pregnant. Meanwhile, her husband and father-in-law received two and seven years in jail, respectively. After an appeal trial on May 4, 2012, the Supreme People’s Court of Ho Chi Minh City reduced Thi’s conviction to one year and a half because of his main role in a family with two small children. Chi and Cuong’s convictions were upheld.

Chi and Thi have three children. Due to Thi’s previous prison sentence, he is now facing challenges in getting a job to make a living to support his family.