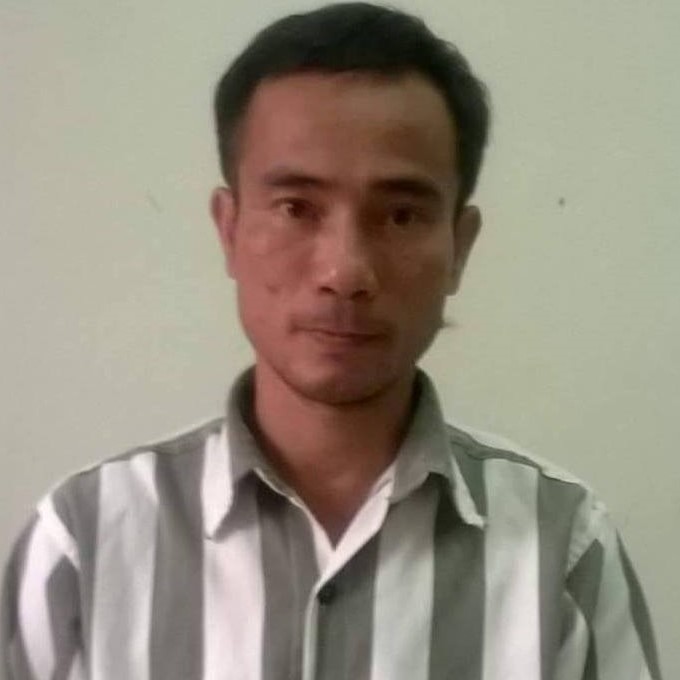 It was reported this week that political prisoner Ho Duc Hoa has liver disease and potentially cancer. Hoa had previously told his family that he had been refused medical treatment for other issues in prison.

Hoa is a contributor to the Vietnam Redemptorist News, an independent media agency run by the Congregation of the Most Holy Redeemer in Ho Chi Minh City, which reports on social issues. He was also active in organizing education scholarships for poor students and has participated in projects focusing on poverty and persons with disabilities.

He is one of 14 activists from around Vinh City in Nghệ An province who were arrested between August and December 2011. All were charged under Article 79 of the 1999 Penal Code for aiming to “overthrow” the state for their alleged connection with or membership of Viet Tan, an overseas based group peacefully campaigning for democracy in Viet Nam. They were tried on 8 to 9 January 2013 by Nghệ An People’s Court.

Hoa was arrested at an airport along wih Nguyen Van Oai and Dang Xuan Dieu as they returned from a trip. Hồ Đức Hòa received a 13 year prison sentence with five years of house arrest on release. He is currently in Nam Ha Prison in Ha Nam Province.

Hoa sent a letter to his family informing him of his gastrointestinal health issues in prison.

Ho Duc Hoa sent a letter to his family to let them know about his health’s deterioration. He told his family that over the past three months, he has felt ill and asked for the prison doctor’s care. The doctor examined him but did not make any diagnosis. In a letter to family in July, Hoa admitted he was dealing with multiple issues, unknown to his family, including high blood pressure, stomach and abdominal pain, hemorrhoids, and numbness. These issues have persisted throughout his eight years in prison so far. And just this year, he has suffered from new symptoms of fatigue, weakness in the right arm, and liver and spinal pain. Hoa also claimed that the prison supervisor told political prisoners' families not to send them food, instead making the prisoners buy prison food, which many fear is unsafe.

Four UN Special Rapporteurs and the Chair-Rapporteur of the Working Group on Arbitrary Detention sent a letter to Vietnamese authorities regarding the detentions of several Catholic activists, including Ho Duc Hoa, questioning why the detainees' locations were not disclosed to their families, why their families were not allowed to visit them, and the motivations for the arrests. They expressed the worry that "the events described may be directly linked to the legitimate and peaceful work of the aforementioned individuals in defence of human rights and the exercise of their right to freedom of expression." They also encouraged that the detainees' rights to legal representation be protected.

Organizations such as Human Rights Watch called for the release of Hoa and his co-defendant after their mass trial.

Three UN Special Rapporteurs and the Chair-Rapporteur of the Working Group on Arbitrary Detention sent a letter to the Vietnamese government asking about the circumstances behind the detentions of several pro-democracy activists, including Ho Duc Hoa. Of the 14 activsits mentioned in the letter, they said: "All have advocated for social justice, including by organizing peaceful demonstrations. The majority of them are Catholic, from the Catholic Diocese of Vinh City." They asked for more information about the cases and how the governments' actions were compatible with international law.

The EU Ambassador to Vietnam advocated for the release of Hoa and his co-defendants after a meeting with Vietnamese government representatives.

Stanford Law students sent updates to the UN on the status of Hoa, and other petitioners, after Vietnam failed to take action after the 2013 decision by the UN Working Group of Arbitrary Detention that deemed Hoa's arresst and detentiion arbitrary.

Reporters Without Borders called for the release of 27 detained bloggers/journalists, including Hoa and several co-defendants.

An Australian Member of Parliament sent a letter to the Minister of Foreign Affairs asking her to raise the cases of Ho Duc Hoa and two others in upcoming human rights meetings.

Human Rights Watch included Hoa in their submission ahead of the EU-Vietnam Human Rights Dialogue, citing the immediate need to release him due to pressing health concerns.