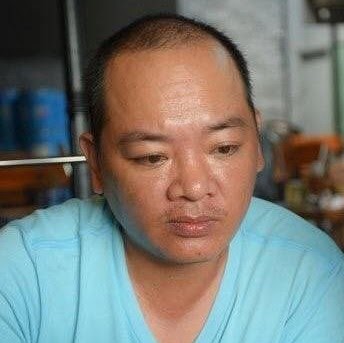 Hoang has been an active activist since 2012 after he joined demonstrations to protest against China’s alleged illegal activities in the East Sea (also known as the South China Sea) in Hanoi, Ho Chi Minh City, and other locations. He usually raises his concern and shares views on national issues, such as human rights violations or environmental pollution. He, as a member of the Vietnam Path Movement and the Liberal Publishing House, is said to have supported dissident writer Pham Doan Trang in her activism.

Hoang displayed a banner, protesting against the increase of petroleum prices, in front of the Ministry of Finance. Recently, his Facebook has been reported to have been de-activated, which is probably because of his online activities.

October 15, 2019: interrogated and beaten for delivering books published by an unregistered publisher

In the morning of October 15, 2019, Hoang received an order of a total of 15 books, namely Dai Nghich Bat Dao (tentatively translated as Treason) and Ky Dinh Quang Anh Thai (tentatively translated as Life Stories by Dinh Anh Quang Thai), which were to be delivered to Kha Luong Ngai, the book recipient, a retired state official who is also a dissident. When Hoang reached Ngai’s house, public security officers in plain clothes arrested Hoang and took him to a police station in Ward 6, District 3, where Ngai and the other four people had also been brought before Hoang’s arrest.

At the police station, Hoang was beaten harshly and interrogated for ten hours by security officers from District 3, the city’s police department, and the Ministry of Public Security. They questioned him on the content of the delivered books, book authors, and publishers. Hoang kept silent most of the time and was escorted back to his house by security forces who surrounded and watched his house the whole night. On the morning of October 16, Hoang managed to escape his house and went into hiding.

On the next day, October 17, the public security sent an invitation to Hoang, asking him to work on “related issues to information security” the next day. 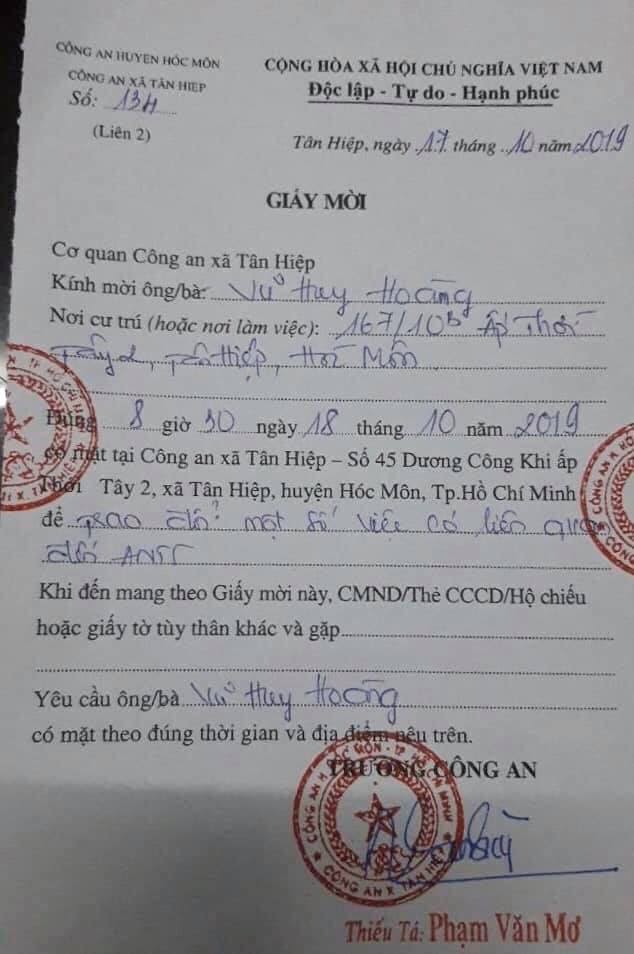 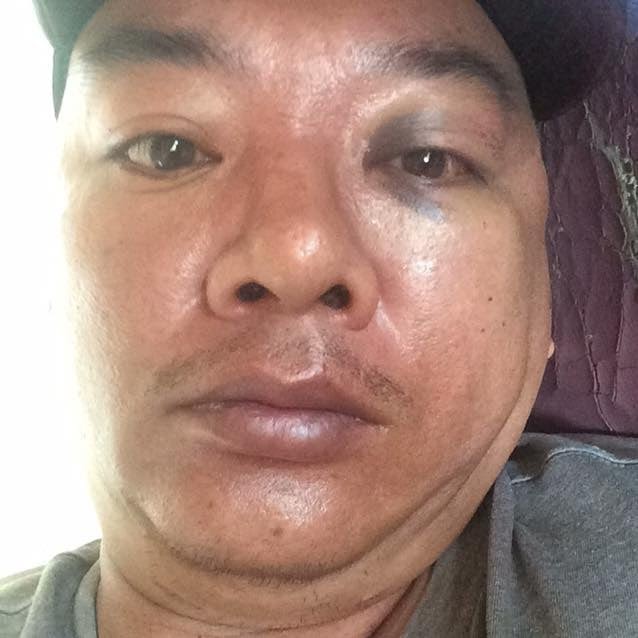 Hoang's bruised eye after being beaten

On November 29, 2019, Vu Huy Hoang informed the public about the constant harassment that his family (including his wife and two kids) have been subjected to because of his activism (we listed the incident date as November 29 since this is when he publicaly spoke about the family's treatment). In his testimonial, Hoang accepts the fact that the political climate in Vietnam is forcing people like him to a dead-end, but he is willing to face it since he believes his struggle can contribute to a better future for his children. He also disclosed that after attending several demonstrations, on October 15, 2019, he was unlawfully detained and seriously beaten, and he is still having health issues from the incident. After this incident, he moved out to make sure that his wife and kids would not be affected by his activism. Unfortunately, the local public security has repeatedly harassed the family with invitations “to talk” at the local office. Hoang also noted that his wife and kids are being watched even when traveling to school, going to the market, or visiting relatives. Hoang asserts that his activism does not have anything to do with his family and requests that the regime respects the rule of law.

Hoang spoke to Radio Free Asia and disclosed details about the incident in October and his views on activism. He seems to have been at least partially targeted for delivering books for the unsanctioned Liberal Publishing House, which has been under recent scrutiny from the authorities (Amnesty International and Human Rights Watch released a joint statement in support of the publishing house) even though this is not his main job. “I just do what I can in a very small way to help make this a better society,” he told RFA. “As a taxi driver, I come into contact every day with people from various walks of life, and I see many things that are unjust.” Hoang reported to RFA that his family’s conditions had improved since Hoang came forward to explain the harassment against them.