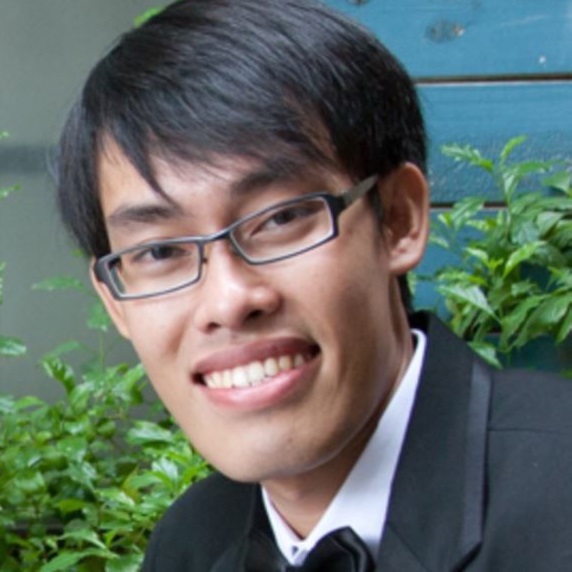 Nguyen Tri Dung is a young activist based in Ho Chi Minh City. His father, Nguyen Van Hai, also known as Dieu Cay (Peasant's Pipe), is a famous blogger, journalist, and democracy activist who has actively fought for human rights and democracy in Vietnam since 2007.

From 2008 to 2014, his father, Nguyen Van Hai, was imprisoned by Vietnamese authority on many charges. Nguyen Tri Dung, together with his mother Duong Thi Tan, gave their support to Hai, and he became an activist. Dung has actively fought for freedom, human rights and democracy in Vietnam since then.

When the trial of his father took place, Dung was arrested by the public security and was kept at the station of the Ward 6, District 3 until the trial ended.

When his father was released from prison, Dung continued fighting for freedom and human rights in Vietnam.

On January 4, 2019, Dung was arrested, and his mother Duong Thi Tan was beaten by the police of HCM City, most likely to prevent them from providing support to the community at Loc Hung vegetable garden who was facing a forced eviction.

Secret agents went to Nguyen Tri Dung’s house and took him away without informing his family. Ms. Tan said Mr. Dung intended to go to the ward People's Committee but was arrested when he was just about to leave home. Dung's wife said the agents arrested him, put him in a car, and took him away. Mr. Dung did not bring his phone, so the family did not know what happened to him. Tan said the secret agent also broke into her home and beat her in the yard. She suffered many kicks and punches from the secret agents.

Dung was released late evening and requested by the police to stay at home for the next few days.

The harassment was probably an effort from the authorities to prevent Tan and Dung from going to support residents of Loc Hung vegetable garden, who were then facing risk of forced eviction..